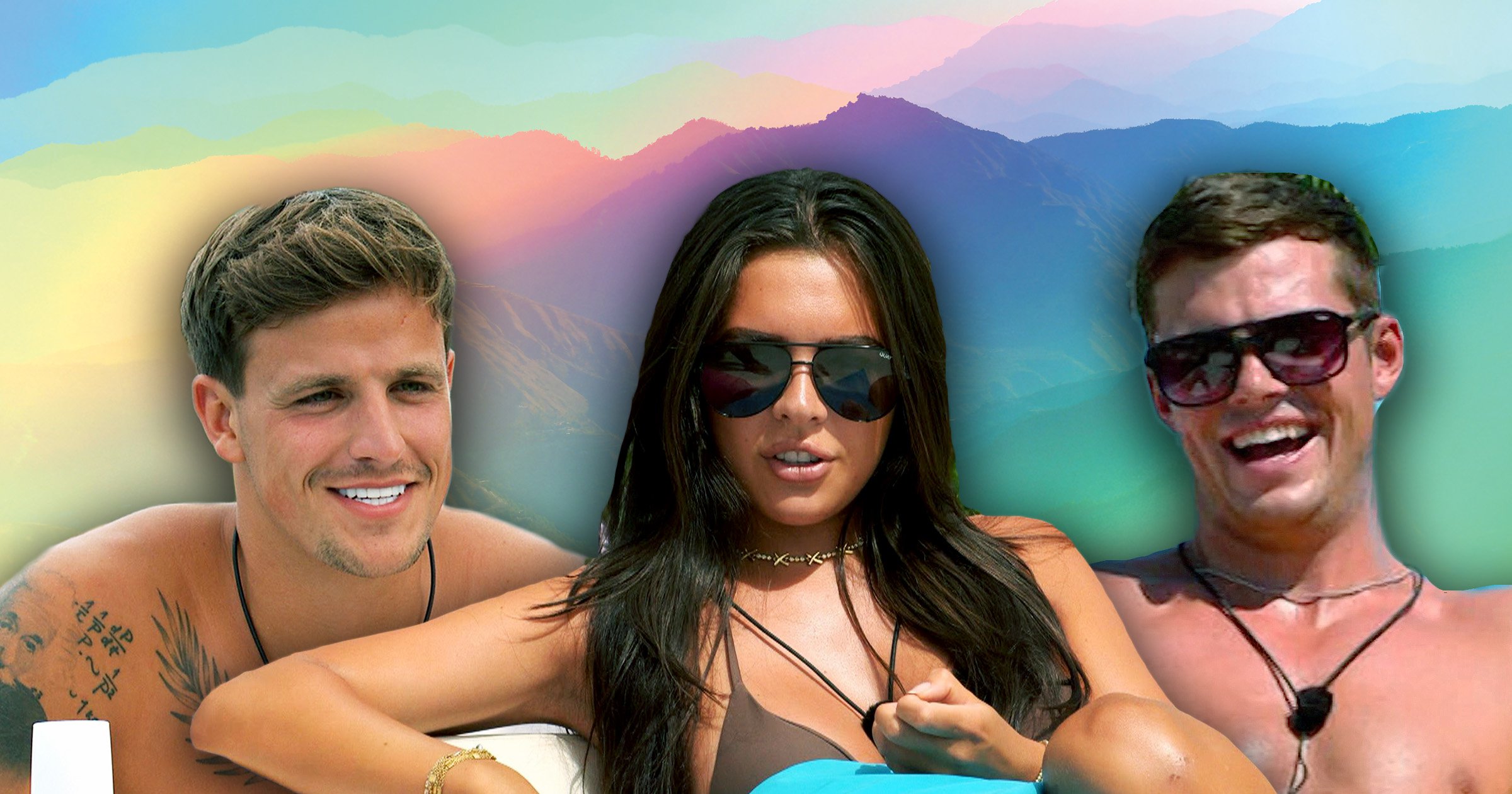 If you watch Love Island, you’ll know there’s been a bit of furore over a wealth of problematic behaviour in the villa, with domestic violence charities Refuge and Women’s Aid addressing the way the boys have been acting.

One such boy is Luca Bish, an Islander whose own family have made a statement apologising for his ‘insensitive reaction’ to Gemma Owen and Billy Brown supposedly ‘flirting’.

After seeing how Billy tried to turn on the charm with Gemma, Luca was unimpressed. He appeared at first to oscillate between placing the blame on Billy or Gemma, but ultimately seemed to be most unimpressed with Ms Owen after Billy essentially argued that he was just picking up what she was putting down. This, despite her shutting Billy down, and any ‘flirting’ on her part, if you could even call it that, being at a factor of about 0.5 at most.

Ultimately, it seemed the two decided to agree to disagree on the matter. While Luca did ultimately apologise for ‘overreacting’, it’s still worth unpacking why this kind of thing is problematic.

‘If your partner is overtly flirting with someone else (say for example if there is excessive/inappropriate touching), then this may be cause for concern, but even the correct approach is to raise these concerns and talk about it properly and openly, not bottle up the feelings and create an argument.’

It all sounds like a big red flag to us, and Match’s dating expert, Hayley Quinn, agrees.

She says: ‘There’s no denying it, possessiveness is a red flag. What can start as flattery can soon slip into control.

‘When Luca first met Gemma in the villa, it seemed as though he was clearly smitten; whispering into her ear at night how wonderful she is, and being the only boy to sleep outdoors as a sign of respect and adoration during Casa Amor. However, it can feel and look to viewers like a fine line between someone being devoted and someone being controlling.

‘Possessiveness comes from a deep-rooted insecurity that your partner is “too good” for you, and without you exerting control on what they get up to, they’ll stray. It can also reflect a guilty conscience that if you’ve been considering cheating, you can become more paranoid that your partner might do the same.

‘We saw the start of this after Casa Amor when Luca and Gemma were reunited; Gemma sharing a bed (albeit platonically) with another guy was scrutinised by Luca. His reaction was disproportionate to what had actually happened.’

It’s natural to feel jealousy in a relationship sometimes, but it’s what you do with that emotion that counts.

‘Feeling jealous from time to time is natural,’ explains Annabelle, ‘and is not an inherently bad thing, but the way you act on it and respond is when it can become problematic.

‘It’s important that you acknowledge any occasion when you are feeling jealous (both to yourself and your partner), and have an open discussion with your partner(s) about it. If the jealousy persists, and you start becoming paranoid over inconsequential things, it is now an issue.’

Counselling Directory member Jenny Warwick agrees that feeling jealous isn’t something to be alarmed about in and of itself – most of us have been or will be there at some point.

‘Jealousy most often has its roots in feelings of insecurity and low self-esteem, but it is never an excuse for bad behaviour.’

So what are some of the possible consequences of problematic jealousy and possessiveness in a relationship?

‘Toxic jealousy can lead to excessive control over a partner, gaslighting, and can diminish the independence and confidence of the partner,’ she adds.

‘This behaviour was displayed in both Luca and Davide’s reactions to their respective partners’ movie night clips.

‘Similar to the signs of gaslighting, if you find yourself constantly apologising for no reason, or find your partner trying to control your behaviour and actions, then you might be dealing with excessive jealousy.’

Possessiveness and jealousy red flags to watch out for

Annabelle outlines some more real-world red flags for us to keep an eye out for in simple bullet points:

Hayley adds: ‘In “the real world”, warning signs could be controlling what you wear, asking for detailed information on who you’re going out with, or reacting with suspicion if you don’t immediately reply to their message.

‘Healthy relationships require both partners to give trust, and to have positive expectations of each other, rather than suspicion.’

Jenny stresses the importance of trusting your gut.

‘If someone is making you feel you have to change how you act and what you say, and you feel like you’re walking on eggshells, this is an indication that all is not well,’ she explains. ‘Pay attention to how you feel when you’re with them, be aware of relationship red flags and always trust your instincts.

‘It can feel good when your partner sends you little messages just to say hello and see how you are. They are showing an interest in what you’re doing because they want to get to know you. This crosses over into being possessive when it is more about them and what they need rather than them showing an interest in you.

Jenny highlights that love-bombing is another big red flag to be aware of.

‘Telling you they love you, getting really intense, talking about moving in and serious steps within the first few weeks – it might feel flattering initially – they must be really interested in you – but this behaviour is a very clear red flag to notice.

‘When you bring up any of these issues, they get offended and tell you you’re imagining this. They don’t take what you’re saying seriously and make no effort to change – that is also a major red flag.

‘Trust your gut! If their behaviour makes you feel uneasy, listen to your instincts.’

Kiss goodbye to your social life – Love Island is back to dominate your evenings, with the new series promising more drama than ever before.

For all the latest updates, visit Metro.co.uk‘s Love Island page.