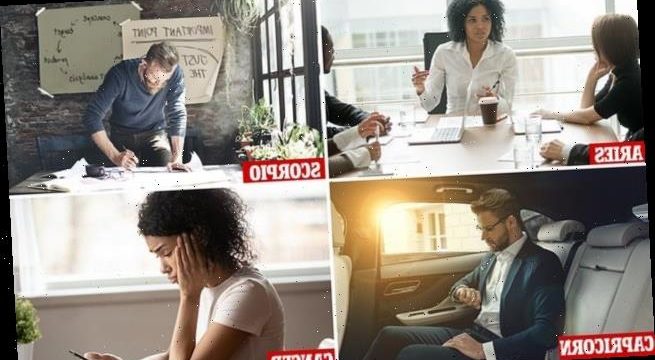 REVEALED: What your star sign says about how you act on dating apps – and the type of person you’re most likely to match with

Tinder has analysed the data of its successful Australian matches and revealed which star signs belong together – and how your zodiac affects what you share online.

The analysis is particularly useful for those aged 18 to 25 because daters in this bracket are 29 per cent more likely to share their star sign in a dating app bio than those over 25.

Leos are most likely to shout their zodiacs from the rooftops, while Capricorn will keep it under wraps as they’re naturally private by nature, the data showed. 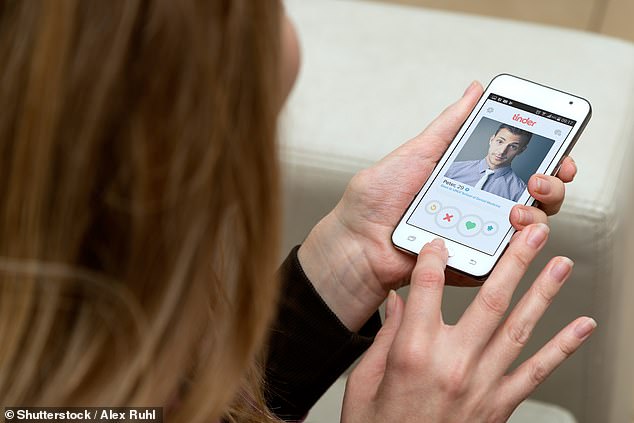 Aries March 20 – April 19: Most likely to match with Libra

Even on Tinder, Aries want to look like a boss and they’re most likely to list ‘manager’ as their job, Tinder Australia said.

Potential matches should be warned that this natural born leader will likely want to lead the way.

These confident catches max out on the photos they show and can’t help but tout how ‘lit’ they are.

They also can’t help but talk about themselves, with bios crammed with every interest you can think of, with honourable mentions to ‘podcasts’ and ‘hiking’. 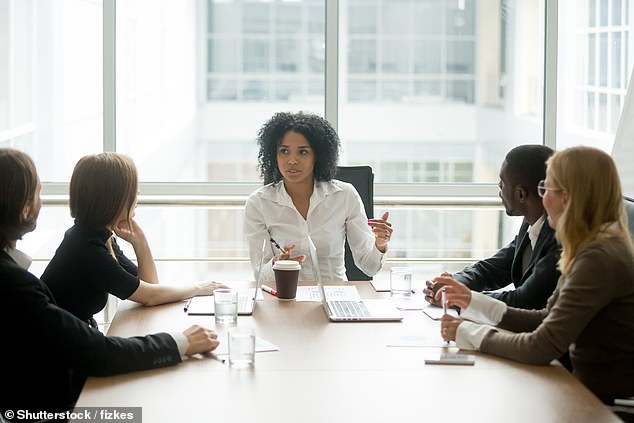 Even on Tinder, Aries want to look like a boss and they’re most likely to list ‘manager’ as their job, Tinder Australia said (stock image)

Taurus April 19 – May 20: Most likely to match with Taurus

When it comes to dating, Tauruses know exactly what they want… and that’s themselves.

Not only do they swipe the most Tauruses are also the fastest to respond to messages. Better yet, they’re one of the signs most likely to swipe right.

Tauruses are one of the top signs to include both ‘food’ and ‘drinks’ in their bio, so be prepared to wine and dine your next Taurus Tinder match.

Gemini May 21 – June 21: Most likely to match with Aquarius

Geminis broadcast their up for anything nature by touting beer, music and travel-related emojis in their bio. So if you choose to swipe on a Gemini, have your adventure game ready.

These social butterflies are ready to party all night, which may explain why you might find them bartending- they are most likely to list this as their job out of any sign – or belting out their top Spotify anthem ‘Roxanne’.

Sadly for Aquarius, however, Geminis are least likely to swipe right.

Cancer June 21 – July 22: Most likely to match with Aquarius

To catch one of these supportive empaths you’ll need to bring your ‘real’ and ‘genuine’ self – qualities they name check in their bios.

And if they don’t reply to your message right away, don’t worry, it’s not you.

Cancers are among the slowest in responding to messages. 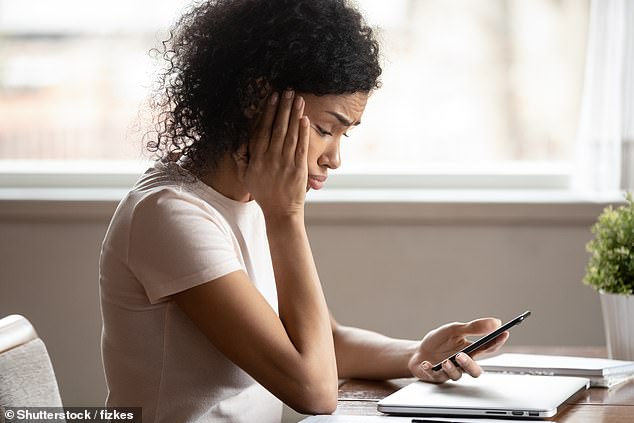 And if they don’t reply to your message right away, don’t worry, it’s not you (stock image)

Leos may be vain, but when it comes to Tinder, they’re definitely at the top of the dating game.

Speaking of being on top, Leos are the only sign to list CEO as their top job.

And in case you didn’t already know they’re extra, they’re also most likely to ‘flex’ in their bios with all of their achievements and provocative pictures.

Virgo August 23 – September 22: Most likely to match with: Scorpio

If you’re on the prowl for a Virgo, look for them to call out their ‘hardworking’ nature.

If you’re ‘spontaneous’, looking to ‘explore’ or ‘high key’, expect Virgos to steer clear: these terms are least likely to make their way into a Virgo profile. 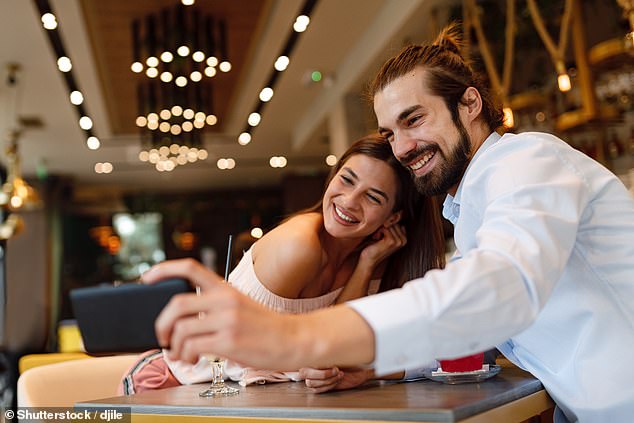 If you’re ‘spontaneous’, looking to ‘explore’ or ‘high key’, expect Virgos to steer clear: these terms are least likely to make their way into a Virgo profile (stock image)

Libra September 22 – October 22: Most likely to match with: Aries

Pragmatic in life and in love, Libras appreciate balance, logic and authenticity, which is probably why they are the most likely sign to have ‘authentic’ in their bio.

They know how to get things done and have a higher right swipe rate to prove it.

Scorpio October 23 – November 22: Most likely to match with Virgo

Tap into a Scorpios determined, resourceful nature if you’re planning on swiping right to one.

Scorpios often identify as ‘entrepreneurs’ in their bio.

They also show their passion in their swipe: they have amongst the highest swipe rate of any signs.

But then they like to slow things down they take the longest to respond to a message.

Sagittarius November 21 – December 21: Most likely to match with Capricorn

These idealists are not easily impressed, the data confirmed.

They’re among the least likely to swipe right, but once you’ve matched, get ready for action.

They move quickly from match to first message, showing they aren’t afraid to make the first move.

They advertise their ‘spontaneity’ and ‘fun’ spirit in their profile in hopes they’ll catch the attention of someone who can keep up.

Capricorn December 21 – January 21: Most likely to match with Sagittarius

Capricorns might be hard to catch on Tinder, but if you find one of these profoundly intelligent partners, it’s worth the work.

They’re ambitious, frequently touting their ‘hardworking’ nature in their bios, which doesn’t leave them with much time for swiping.

They have the fewest swipes (right or left) of any sign. 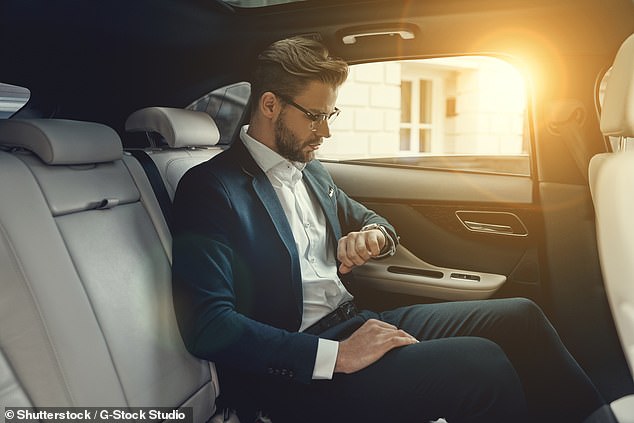 They’re ambitious, frequently touting their ‘hardworking’ nature in their bios, which doesn’t leave them with much time for swiping (stock image)

Aquarius January 21 – February 20: Most likely to match with Sagittarius

Humanitarian activist Aquarians put their call out for a partner with words like ‘volunteer’ and ‘climate change’.

They’re most likely to call themselves artists or use terms like ‘music’, ‘concert’ and ‘museum’ in their bio.

Pisces February 19 – March 20: Most likely to match with Aquarius

Pisces are all about the feelings and they like to catch them too, though they may be aloof about it.

The emotional and intuitive Pisces want people to know they find the world inside their head just as interesting as the one outside.

This may be the reason why they are the slowest sign to respond to messages, but you know their response will be thoughtful.