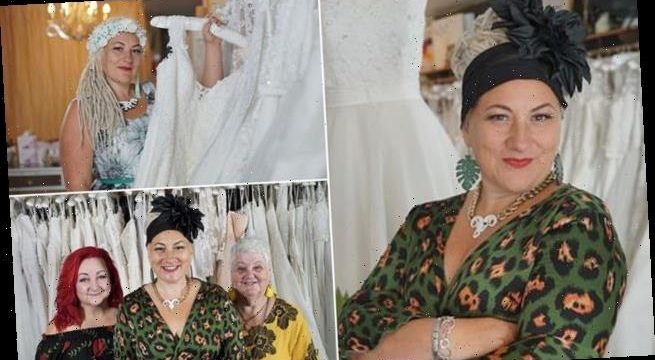 A wedding dress designer has legally changed her name to her favourite alcoholic drink and now goes by the name Samm Buca.

Shop owner Samm, 41, from South Wales, who has remained a success with brides-to-be with her beautifully-designed gowns, decided to take the plunge and change her name to the alcoholic drink Sambuca after using it as her nickname for years.

The designer, who made the decision to change her name five years ago, admitted that she is known for her love of party shots rather than bridal prosecco and had always liked a ‘bit of a tipple’.

She said: ‘I legally changed my name five years ago, it’s my real name. 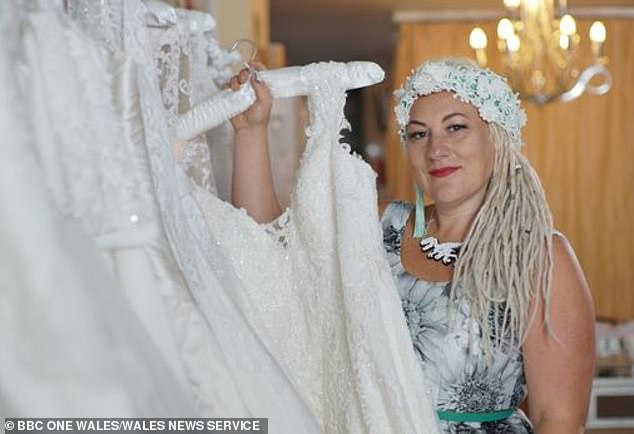 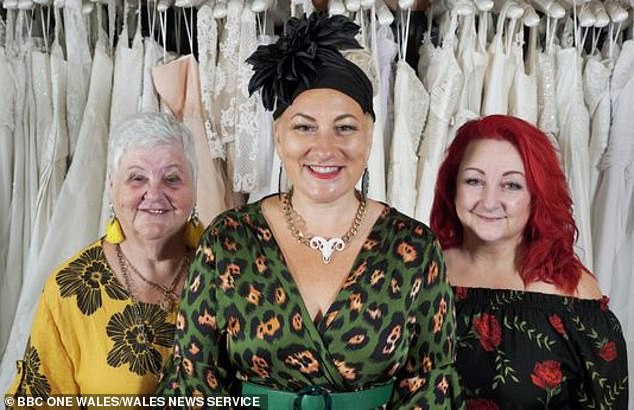 Samm Buca (pictured centre) has had to show people her ID to get them to believe her name, since making the legal change five years ago

‘I get asked about it all the time. I have to show my ID so people believe me.’

She took the plunge to change her name five years ago and now refuses to discuss her previous moniker.

She said: ‘It has been my nickname for years. I was always Samm and then the Buca was, well, because I like a bit of a tipple.

‘It’s what everyone knew me as and I thought well, “Why not make it my real name so I changed it by deed poll?”.

‘I can’t get away with anything now though. Who else do you know who’s got white dreadlocks and is called Samm Buca?’

Samm, who lives with partner Benji, three foster dogs and two chickens, opened the shop to cater for women of all shapes and sizes. 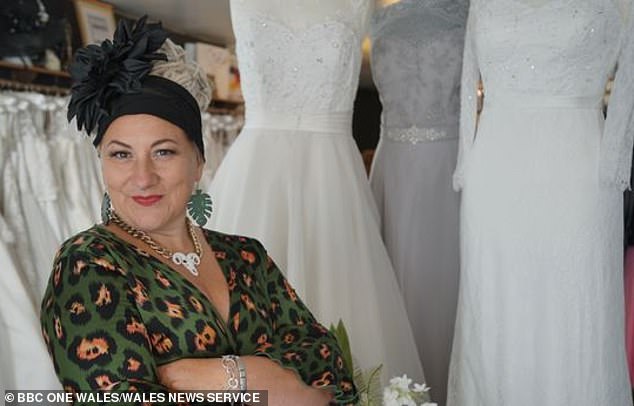 Samm (pictured) who has used the nickname Sambuca for many years, said she chose the name because she enjoys a tipple 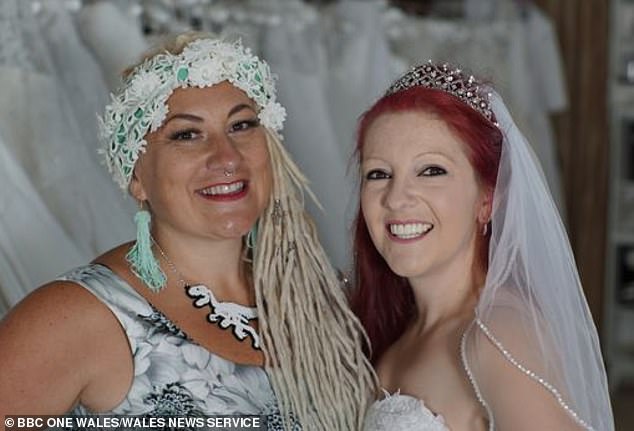 Samm (pictured left) has found success since opening a wedding dress shop in 2007, and is set to feature in a BBC Wales documentary

She said: ‘I don’t care what size or shape you are, you will look beautiful on your wedding dress.

‘I opened the store in 2007 because I was at that age where a lot of my friends were getting married and I found that a lot of them didn’t feel comfortable in bridal shops. They just weren’t catering for the average person.

‘I wanted to change that. I’m a big believer in women coming together and I want to spread a bit of happiness.

‘For a lot of women it’s the most important day of their lives. They shouldn’t be looking at dresses and immediately thinking ‘oh I need to lose three pounds now’.’

The shop is now set to feature in a BBC Wales documentary called The Wedding Dress Shop.