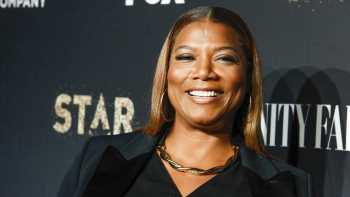 Vudu wants to entertain Middle America with a lineup of free, ad-supported original streaming content — and the company also envisions the slate as a great way to get consumers to buy stuff from its parent, Walmart.

This week, Vudu pulled back the curtain on its upcoming lineup of free-to-watch originals, which execs say is geared around family-oriented and advertiser-friendly content. Vudu last year announced its plan to dive into AVOD originals, inking a deal with MGM and announcing its first original project: a series adaptation of “Mr. Mom,” the 1983 comedy that starred Michael Keaton.

Now Vudu has provided a look at what’s next, with an unveiling at its Digital Content NewFronts marketing pitch in New York City.

The slate includes a travel show hosted by Queen Latifah; a sci-fi series starring Evangeline Lilly (“Lost,” “Ant-Man and the Wasp”); an interview docu-series with Randy Jackson; and episodes of “Blue’s Clues & You,” a remake of the popular preschool show set to premiere on Nickelodeon. Vudu also has partnered with Variety for a weekly entertainment newsmagazine-style show.

Vudu started life in 2004 as a transactional online video storefront (acquired by Walmart in 2010). It still competes with the likes of iTunes and Amazon Video, but branched out starting in 2016 with a free, ad-supported VOD offering with licensed catalog content.

The revenue opportunity for Vudu isn’t just serving video ads. It’s owned by the world’s largest retailer, so it’s looking for the ecommerce angle: Vudu is testing a new “shoppable in-stream ads” format, designed to encourage users to click on a spot to receive product information via email or “add to cart” prompt to allow users to add an item featured in an ad to their cart on walmart.com.

And later this year, Vudu plans to bow interactive shows — a la Netflix’s “Black Mirror: Bandersnatch” — created in partnership with Eko, the interactive-video company in which Walmart invested $250 million to create a joint content-development venture.