Victoria’s infrastructure adviser says the government needs to more than double its historic investment in social housing to meet a dire shortfall and catch up to the rest of the country.

In its 30-year blueprint tabled in the Victorian Parliament on Thursday, Infrastructure Victoria said the state needed to build an extra 3900 to 4900 homes every year for the next 10 years. 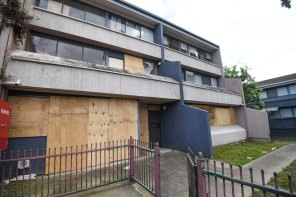 The major investment is needed on top of the $5.3 billion Big Housing Build announced last year to fund 12,000 new social and affordable homes in four years.

Despite the extraordinary “hit of sugar”, Infrastructure Victoria said the government would have to spend between $6.5 billion and $16 billion extra by 2031 to meet the national average of social housing.

The advisory body wants 4.5 per cent of all homes to be social housing, up from just 3.2 per cent in Victoria.

The state has the lowest proportion of social housing in Australia, with 50,800 families now waiting for housing.

The state’s ageing and rundown public housing should also be rapidly redeveloped within the next 10 years at an additional cost of $1.5 billion to $2 billion, according to Infrastructure Victoria’s strategy.

Joseph Haweil, the mayor of Hume, which has been identified as a priority under the Big Housing Build but is still yet to receive funding, said there had been “endemic under-investment in Broadmeadows” for decades.

He said public housing in the fast-growing suburb in the outer north was often “derelict”, particularly the Banksia Gardens estate which he said desperately needed funding.

“It’s not acceptable in terms of the living standards that we would accept today,” said Cr Haweil. 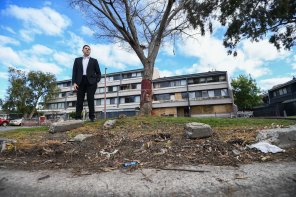 “[It] beggars belief in my mind that any government has allowed a housing estate to remain that way in this country.”

Of the six fast-start housing projects under way in Victoria – in Hawthorn, Ascot Vale, Flemington, West Heidelberg, North Richmond and Ashburton – only two are in priority local government areas.

Housing Minister Richard Wynne acknowledged there was more to do, and will announce more funding to increase social housing by the end of the year as part of a 10-year strategy.

“Our landmark $5.3 billion Big Housing Build – the largest investment in social and affordable housing by any Australian government in history – is a giant step forward in increasing Victoria’s supply of social housing,” Mr Wynne said.

“We know there’s more to do, that’s why we’re developing a 10-year strategy for social and affordable housing that ensures all Victorians have access to a safe, affordable and appropriate home.”

Mr Wynne has previously said an extra 2500 homes could be provided under the Big Housing Build on top of the 12,000 announced.

Infrastructure Victoria also wants social housing supply expanded in regional centres and for planning rules that require developers to include affordable housing when land is rezoned for residential apartments.

Emma King, chief executive officer of the Victorian Council of Social Service, said the Big Housing Build was “a phenomenally good announcement” and beyond anything the country has seen.

But the state’s system was so dire that it would not resolve demand, she said, which has only worsened as a result of the COVID-19 pandemic.