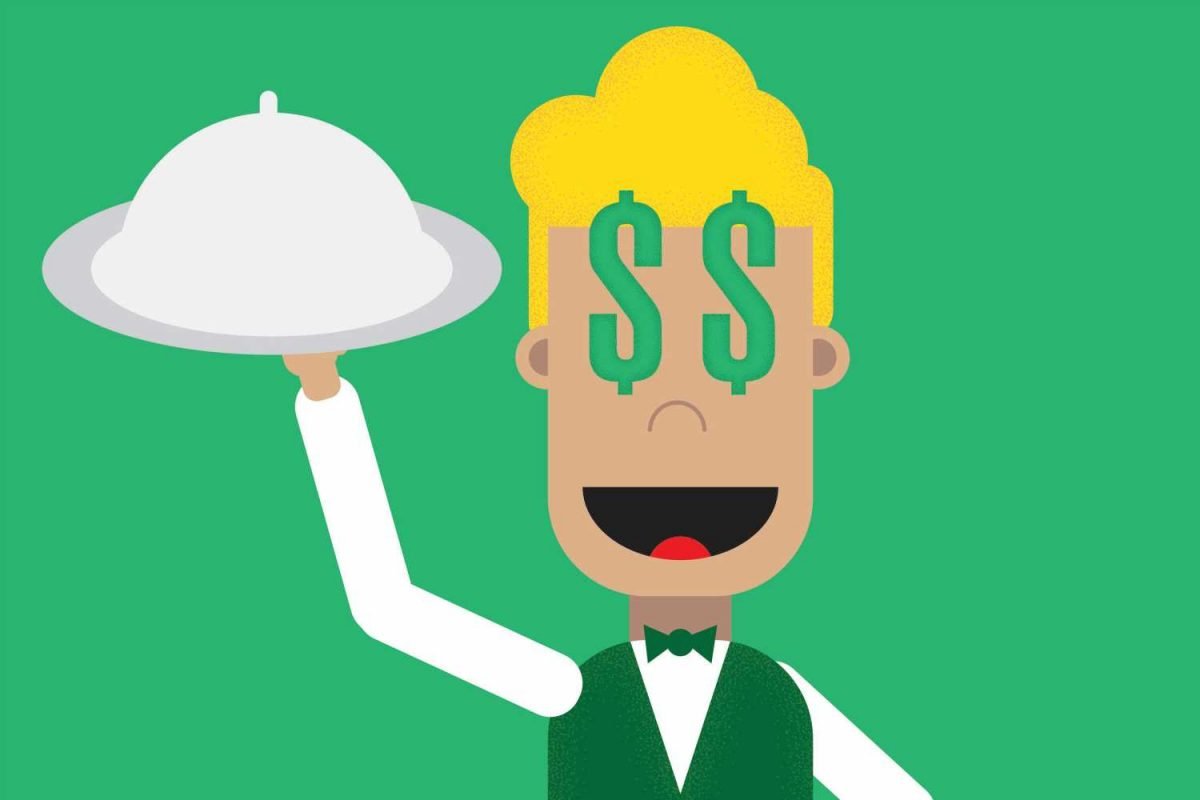 Would you like fries with that? How about a $100 bottle of wine? Grey Goose in your martini?

Say yes, and you’ve been “upsold” — meaning, tricked into spending more by your server’s sneaky suggestion.

It sounds exploitative, but upselling is “part of the DNA of a restaurant,” Alexander Susskind, a professor at Cornell University’s School of Hotel Administration, tells The Post. “If [servers are] not diligent about upselling, that’s revenue that you leave behind.”

For servers, a good upsell is an art form. Usually, it manifests as a suggestion for foods or drinks that cost more, like a higher-end spirit with your vodka soda or the addition of truffle shavings — but sometimes it can devolve into ridding the restaurant of its leftovers.

The most common upsell happens as the server is sharing the special of the evening — which servers describe in lush detail that almost never includes the price, says Susskind.

Preston Lee, a server at the Aviary NYC, is a pro at pressing the dish du jour.

On one night at his upscale Columbus Circle bar, that was the Black Truffle Explosion — a single ravioli, for $18.

First comes the buildup: He soaks in his diners’ body language, then asks a lot of questions, such as what kind of foods they like, if they’re celebrating anything *or how adventurous they’re feeling.*

Then, when he makes his pitch, he tries to signal what’s unique and pressing about the dish —“a new seasonal ingredient,” for example. For the ravioli, he explained the dish’s culinary capital: The bite helped earn its famous chef, Grant Achatz, three Michelin stars at his Chicago hotspot, Alinea.

“It’s such a piece of history,” Lee says. “When you say, ‘If there’s one dish that signifies who chef Achatz is, it’s this,’ you’re creating more of a relationship [with the diner].”

What diners likely aren’t privy to, though, is that servers often have extra incentives to sell a dish. Lee says he and his coworkers competed just for fun to see who could sell the most raviolis that day, but at other hotspots, upselling contests can lead to substantial prizes for waiters, including days off, a cash bonus or work-life balance perks.

“The better you sell, the more leeway you have in your own schedule,” says Charlie, a former bartender at a Midtown bar who can usually talk customers into getting their vodka tonics with top-shelf liquor. Charlie, who declined to share his last name for professional reasons, credits his more desirable shifts and days off to his upselling abilities. He says managers routinely give upselling incentives like those to their servers.

That means it’s on the diner to advocate for themselves — and to figure out how much upselling they’re willing to indulge.

“It’s okay to legitimately [ask] why?” says Lee. “What about these truffles? Is this whiskey something special?” Good waiters should be game to answer questions like those — and if they aren’t, there might be something wrong.

“At some of the seedier places I’ve worked in the past, [upselling suggestions were often a way ] restaurants tried to use up product,” such as past-their-prime vegetables, says Lee. To make sure you don’t wind up eating wilted asparagus, ask questions about the foods’ freshness: Where did the vegetables come from? When was the fish caught?

Whatever you do, don’t ask your waiter about their favorite entree.

“If you ask a server’s recommendation, there’s a good chance they’re going to upsell,” says one Manhattan server, who declined to share his name for fear of being chopped. He adds that at nicer restaurants, where employees often aren’t given the opportunity to try expensive menu items, servers will default to “the most expensive item” — even if they don’t know how it tastes.

There’s a difference between a genuine recommendation and an “oversell” like that, says restaurant consultant Anthony Caporale. He teaches restaurant management — with a focus on upselling — at the Institute of Culinary Education.

Done right, upselling “should be beneficial to all parties,” says Caporale. The perks for the restaurant are obvious, but he says it can make the diner’s experience better, too. “I’ll put it this way: If you didn’t get fries, you might wish someone had asked you.”

If the idea of overpaying completely turns your stomach, do some research ahead of time. Susskind and Lee also say that it’s never tacky to tell a server that you’re looking for a good value, or to ask for prices.

After all, Caporale says, an oversell hurts everyone.

“It results in the guests not coming back,” Caporale says. “I would much rather have someone come back and spend 20 bucks 10 times rather than spend $30 once.”