THE UK's rate of inflation was higher than expected in June as prices surged on the back of lockdown easing, official data shows.

The Office for National Statistics (ONS) said the Consumer Price Index (CPI) inflation soared to 2.5% in June from 2.1% in May. 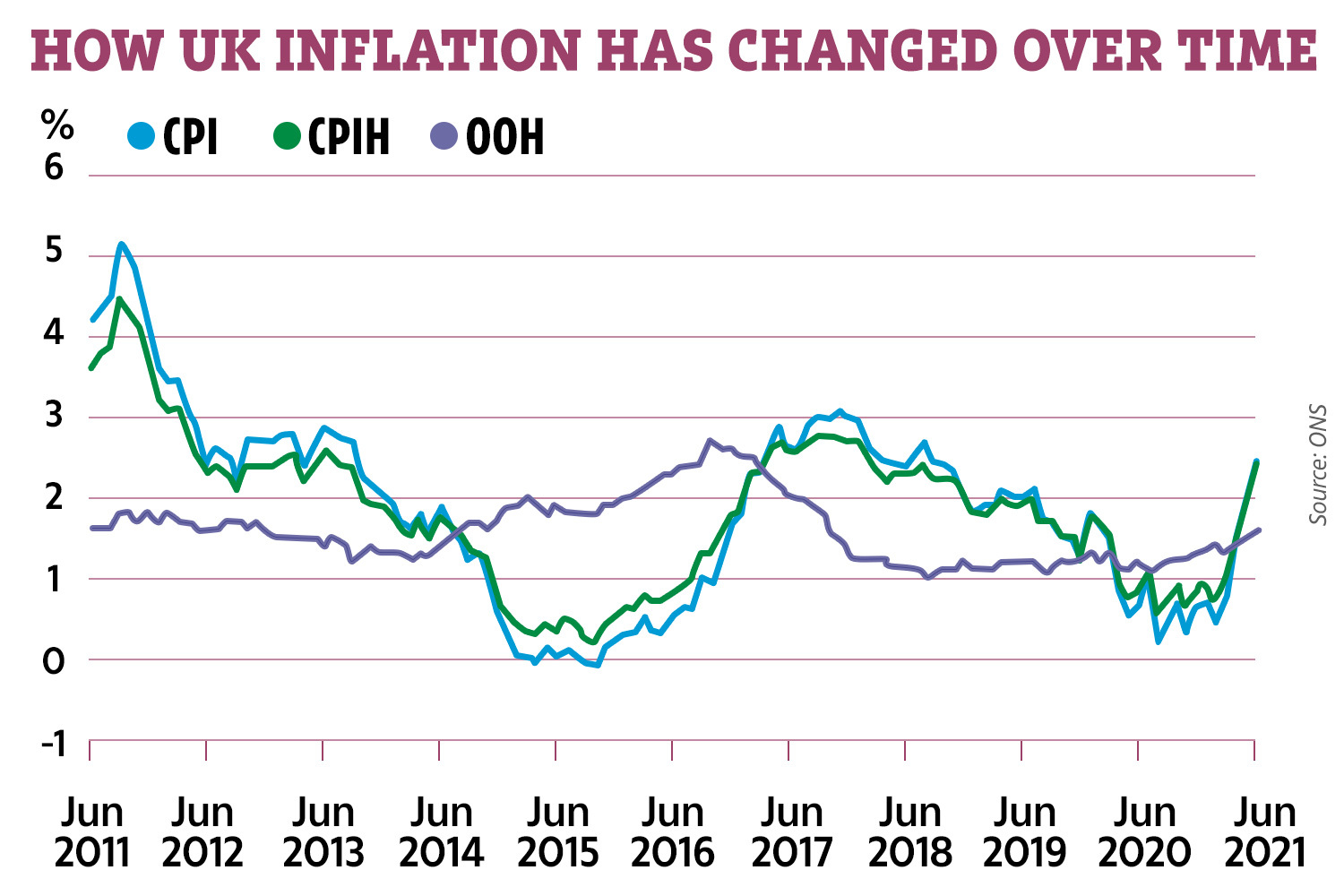 This is higher than what economists had expected it to be at 2.2%.

Inflation is a measure of the cost of living. It looks at how much the price of goods has changed over time.

The average increase in prices is usually based on how much things cost today compared to a year ago and is known as the inflation rate.

But the national inflation rate has accelerated sharply since March, when the UK government began a phased lifting of coronavirus restrictions, ONS figures show.

Prices for goods including clothes, food and eating out surged in June on the back of Covid rules easing in the previous months, ONS figures showed.

What does inflation matter?

INFLATION is a measure of the cost of living. It looks at how much the price of goods, such as food or televisions, and services, such as haircuts or train tickets, has changed over time.

Usually people measure inflation by comparing the cost of things today with how much they cost a year ago. The average increase in prices is known as the inflation rate.

The government sets an inflation target of 2%.

If inflation is too high or it moves around a lot, the Bank of England says it is hard for businesses to set the right prices and for people to plan their spending.

High inflation rates also means people are having to spend more, while savings are likely to be eroded as the cost of goods is more than the interest we're earning.

Low inflation, on the other hand, means lower prices and a greater likelihood of interest rates on savings beating the inflation rate.

But if inflation is too low some people may put off spending because they expect prices to fall. And if everybody reduced their spending then companies could fail and people might lose their jobs.

See our UK inflation guide and our Is low inflation good? guide for more information.

Non-essential shops were allowed to reopen in April 12, while boozers and restaurants could serve punters once more.

Fuel prices have jumped to their highest level since 2018, with the average cost of petrol standing at 129.7 pence per litre.

This is up from 106.5 pence per litre compared to last year – the largest year-on-year rise seen since 2010.

Clothing and footwear prices also soared to their highest level seen since three years ago.

Although the cost of these goods dipped in January and February when the third national lockdown was in place, they have been rising since as retailers roll out new clothing lines now that all shops can open.

The Bank of England warned inflation will peak above 3% as Britain bounces back from Covid lockdowns – but it also thinks that the rise will be temporary.

The BoE's key task is to use monetary policy to keep annual inflation close to a government-set target level of 2.0% to preserve the value of the pound.

But experts are concerned that the bump in inflation rates could also cause interest rates to rise – hindering Britain's economic recovery.