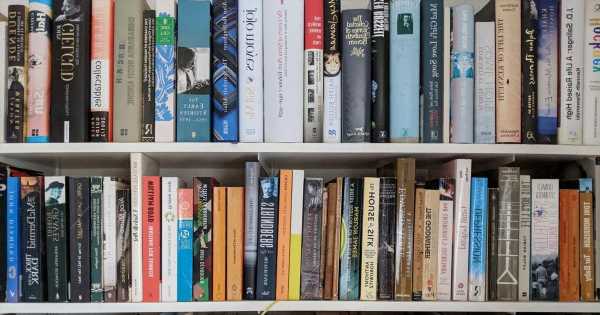 For those who like to read, or just collect books for decoration, nothing is more frustrating than not having enough space on the shelf.

We have all been there at some point desperate to fit the last book in but are just left out of luck and room.

That was until one ‘genius’ Twitter user invented a nifty gadget that has solved book lovers' biggest problem.

The homemade device, made by them in secondary school, has now proved ever popular on social media – and people cannot get enough of the hack.

Taking to Twitter under the username @PFgeminiman , the inventor shared a clip of the hack.

At first their bookcase of Japanese comics seems to be full with no space for the last book to be kept. However, the inventor grabbed their green contraption and slotted it between two books.

Then, they simply placed the spare book in the middle of the device, keeping the shelved books apart.

To fit the comic in, the book shelving pioneer removed their clever device which left the spare book to perfectly slot between the rest.

Which saves a lot of time and effort having to pull books apart with your fingers to fit them in!

The inventor shared when they first came up with the idea: “When I was a junior high school student, I made it as an issue for summer vacation, and for me, I'm sure to exhibit at a chemistry exhibition!

“I was confident, but it wasn't appreciated by the science teachers at the time…”

Despite the disappointment from their teachers' disapproval, their bright idea has now whipped up enough hype on social media which has encouraged the inventor to think of mass producing the spacing tool.

They said: “We are currently working on the next model and are considering whether it can be mass-produced.”

In an update on their original post, the inventor has now made another version of their book spacing hack which they hope to put on sale in the future.

Stunned at the invention, many people took to Twitter in awe at the creative solution and are now eager to get their hands on the product.

One person commented: “OH GOD the dude actually made a thingy! Have been doing this for years with pieces of cardboard/plastic!!! It works even better if the volumes are in plastic protective bags!!”

Another user claimed: “I need one.”

Whilst a third person said: “It's a wonderful invention. I wonder if the science teacher didn't have the creativity.”

Someone else remarked: “I feel that there is a demand for this in libraries and bookstores.”

No more piles of books left on the floor in the future!