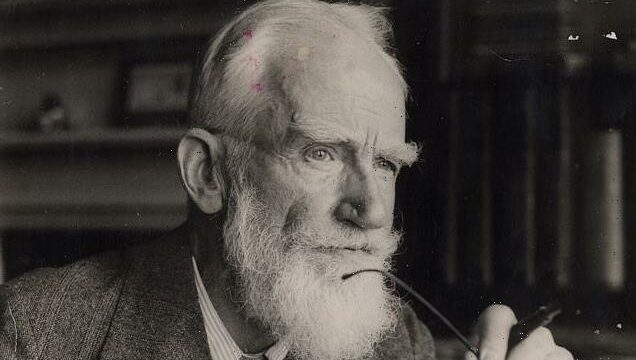 TOM UTLEY: Ban snobbery by law? Most of today’s social contempt comes from the class warriors of the Left

Perhaps the most often quoted observation on the British class system is the line from the preface of George Bernard Shaw’s Pygmalion, adapted and made famous by the musical My Fair Lady: ‘It is impossible for an Englishman to open his mouth without making some other Englishman hate or despise him.’

But although these words first appeared more than 100 years ago, never in all my longish life did I hear anyone seriously suggest discrimination on the basis of social class should be banned by law.

That was until this week, when the British Psychological Society put forward the proposal that equality laws — which already protect people from prejudice based on age, sex, race and no fewer than six other characteristics — should be extended to outlaw discrimination on the grounds of snobbery.

Such is the conclusion of a study by the society, which finds that children are at particular risk of being judged by teachers according to their accent, family background or parents’ income.

Working-class pupils are encouraged less often to contribute in lessons, claim the researchers, and they tend to get lower marks. What’s more, they say, doctors discriminate against patients from lower socio-economic groups, blaming them for being too fat or suffering from asthma, while employees from poorer families tend to miss out on promotion at work.

Says the report’s lead author, Bridgette Rickett: ‘In the UK, discrimination based on someone’s social class or socio-economic status is immune from direct challenge, and for too long the damaging impacts of social class inequalities and discrimination have been ignored.’

All I can advise Dr Rickett and her team is that they should be very careful what they wish for. This is because the 2010 Equality Act, which they hope to amend, works both ways.

By this, I mean that the law gives young people quite as much right as the elderly to say they’ve suffered unfair discrimination on the grounds of their age. 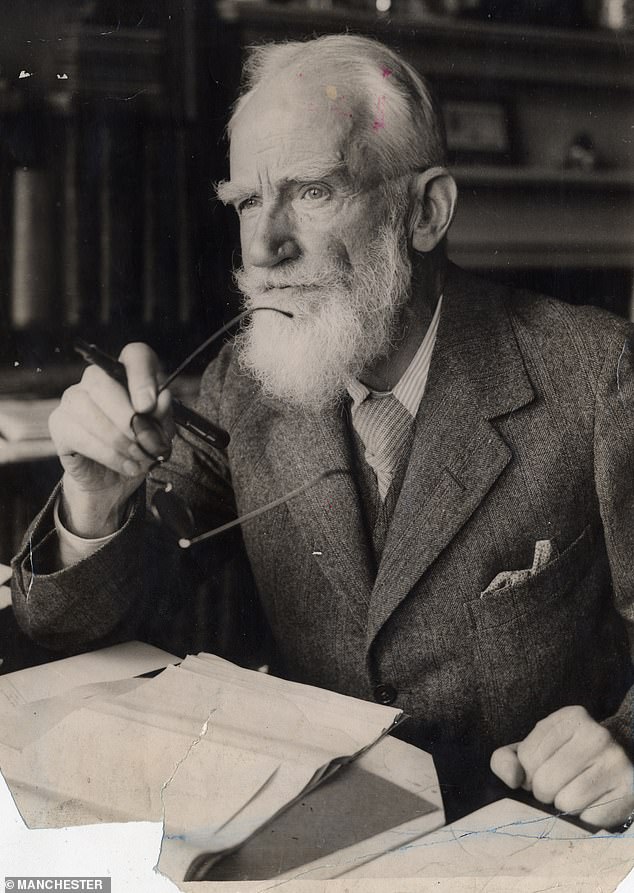 Indeed, this was the point Shaw (pictured) was making in his 1916 preface to Pygmalion: no matter which class they may have been born into, snobs of every variety think themselves better than people who belong to other socio-economic groups

In the same way, people of every race, creed, sex and gender orientation — including white male heterosexuals like me — are as entitled as anyone to claim they are victims of any of the other various -isms proscribed by the Act.

And snobbery, of course, works both ways, too.

First, there’s the sort meant by Dr Rickett, where snobs from privileged backgrounds look down their noses at those less fortunate than themselves. It’s a most unattractive trait, I’m sure you’ll agree.

But we’ve all come across the inverted kind, too, under which some who are born into poor working-class families think, for that reason alone, they can sneer at people born with silver spoons and plums in their mouths. That’s not very kind, either.

Indeed, this was the point Shaw was making in his 1916 preface to Pygmalion: no matter which class they may have been born into — aristocratic, middling or proletarian — snobs of every variety think themselves better than people who belong to other socio-economic groups.

Now, I’m the first to agree with Dr Rickett that it’s wrong to treat people unfairly for no better reason than the circumstances of their birth, where they went to school, how they pronounce their vowels or whether they call that controversial piece of table-linen in the restaurant a serviette or a napkin.

However, just as you’ll find at least a few Old Etonians who believe they’re superior beings because they don’t drop their aitches, and daddy has money in the bank, so you’ll find plenty of working-class people who think toffs and the comfortably-off middle classes are contemptible because of their social class.

Speaking for myself, after a long career spent mixing with people from every walk of life, I can’t remember meeting anyone who thought better of me because of my middle-class accent or the fact that in recent years, at least, I have been comfortably off.

I’ve met plenty, on the other hand, who’ve called me a privileged prat or a public-school ponce, from the very instant I’ve opened my mouth.

Even a couple of my sons seem to think there’s something disreputable about the fact that at last I have money in the bank, after a lifetime’s work. I ought to atone for it, they reckon, by giving even more to the government — or, better still, by bunging them an occasional cheque.

Now, I’m prepared to accept that there may be respectable reasons for people to look down on me — my weaknesses for tobacco and alcohol spring to mind — but I reckon that my public-school education and my hard-earned bank balance aren’t among them.

My point is that if the BPS gets its way, and social class becomes a protected characteristic under the Act, those who believe they’ve been treated unfairly because they speak with posh accents will be quite as entitled to sue as others who reckon they’ve been overlooked for promotion because they sound working-class.

At a stroke, this would scupper the BBC’s policy of rejecting applicants who speak what we used to call the Queen’s English, in favour of others blessed with working-class, regional accents. For good measure, it would outlaw the avowed aim of many universities to accept a higher proportion of students from working-class backgrounds, in preference to better qualified middle-class applicants. 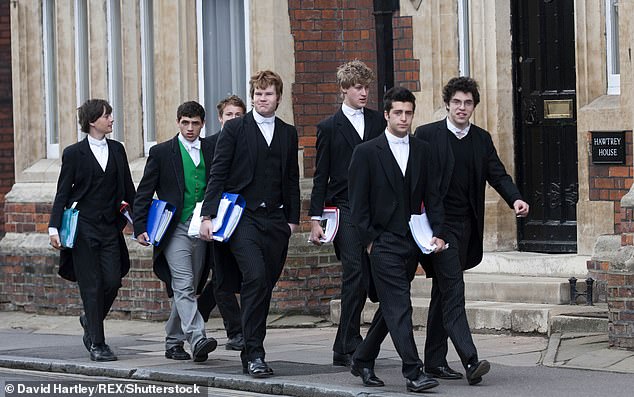 Just as you’ll find at least a few Old Etonians who believe they’re superior beings because they don’t drop their aitches, so you’ll find plenty of working-class people who think toffs are contemptible because of their social class

Now I come to think of it, such a law would also cause huge trouble for the trade union movement and the Corbynist wing of the Labour Party, whose very raison d’etre is to wage class war against the bourgeoisie and ‘smash the rich’ (by which, they mean anyone earning more than the average industrial wage).

Of course, many readers will say that any such outcome would be highly desirable. I’m thinking particularly of those who have made huge sacrifices, as my parents did, in order to send their offspring to fee-paying schools.

They must find it downright infuriating to see their young rejected on the grounds of their ‘privileged’ education.

Under the BPS’s proposal, they would surely be entitled to sue. But I can’t help feeling that this is hardly what Dr Rickett and her team had in mind.

Nor, if I’m to be honest, do I seriously believe it would be a good idea to add social class to the ever-lengthening list of characteristics protected by law.

Much as I’d like to see the BBC, the universities and the Labour Left suffer for their jiggery-wokery, I reckon we already have quite enough legally banned -isms, -phobias and hate crimes to keep law courts and industrial tribunals busy for the rest of time.

That’s not to mention the extreme difficulty of defining social class in law.

In Britain today, for example, you’ll find many a plutocrat on the Labour benches in the Upper House who will proudly declare to his dying day, after a lifetime spent shuffling paper, that he’s working-class through and through. But is that really the way to describe an ermine-clad millionaire? You see the problem.

Indeed, I would go so far as to say that, in this age that elevates victimhood and condemns success, most of the contempt displayed by one class towards another springs from the class warriors of the Left. 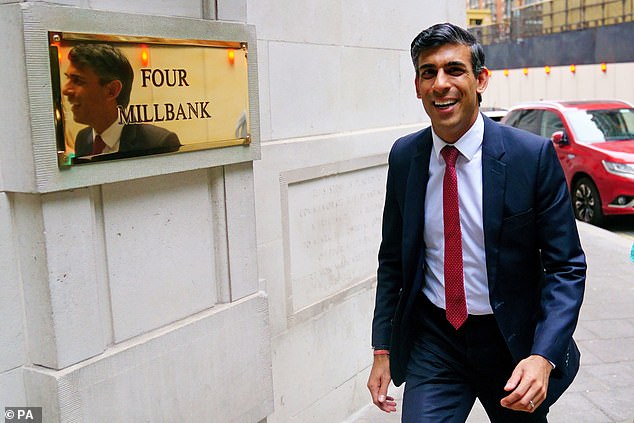 Listen to the abuse heaped on Rishi Sunak, for no better reason than that his parents sent him to one of the priciest schools in the land, and he went on to make and marry millions.

If you doubt me, look at the Conservative leadership contest and the way Liz Truss likes to boast that she went to a comprehensive, as though this were an essential qualification for a Prime Minister (while omitting to mention that the school in question was one of the best and most middle-class in the Leeds area).

Or listen to the abuse heaped on Rishi Sunak, for no better reason than that his parents sent him to one of the priciest schools in the land, and he went on to make and marry millions.

I can think of many good reasons for harbouring reservations about both candidates. But like most of us, what I want is a Prime Minister who can set the economy right, rid the streets of crime and keep the country safe from foreign attack.

I don’t know about you, but I don’t give a damn whether the winner calls it a napkin or a serviette.