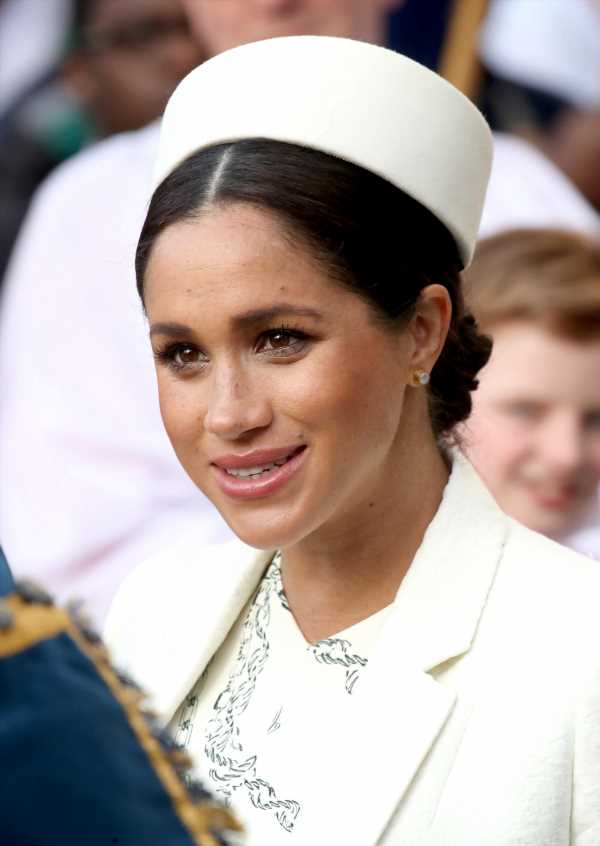 Since the Duke and Duchess of Sussex welcomed Baby Sussex in private, fans are sharing well wishes online. Tweets about Meghan Markle’s royal baby show how happy people are for the new parents, and they already can’t wait for more baby news. On Monday, May 6, Markle gave birth to a baby boy, as confirmed on the Sussex Royal Instagram account. In April, the royals announced they decided to keep the birth private, opting not to do a traditional appearance in front of the hospital.

Earlier on Monday, Buckingham Palace confirmed Markle was in labor, and that Prince Harry was by her side. And it wasn’t long after that the Duke and Duchess of Sussex announced the arrival of the baby on Instagram, confirming that both mother and baby were doing well. The statement read:

It’s not yet clear exactly when the royals will share pictures, a name, and any other further updates with the public. But regardless, on Twitter, fans were so thrilled to hear the news and are eagerly awaiting further updates, whenever these may come.

These Fans Were So Excited

Of Course Fans Made A Royal Star Sign Chart

These Fans Are Already Obsessed

Prince Harry and Meghan Markle chose to keep the baby’s first days private, but the couple has managed to keep supporters updated. Instead of a traditional photo opportunity in front of the Lindo Wing, Prince Harry’s made a brief but sweet television appearance, as per BBC. During the announcement, he was sure to mention how grateful the couple were for the outpouring of love from the public. The new father also revealed that the whole family is in good health, and have not yet settled on a name.

It may be a long time before the public gets a glimpse of Baby Sussex, but that isn’t stopping the excitement on Twitter. Fans have found creative ways to celebrate the arrival of Baby Sussex, including donating to charitable organizations around the world as part of a virtual baby shower for the royal couple. By taking to Twitter, royal supporters were once again were able to vocally share love and support the Duke and Duchess of Sussex while respecting the right to privacy during this happy time.