From preschool toddlers to high-ranking executives, the heirs of some of the world’s wealthiest are poised to inherit massive fortunes.

Read more: 16 heirs to some of America’s best-known brands who are poised to inherit millions

We looked at the 35 richest individuals and families in the world usingreal-time data from Forbes’ billionaire index. We listed those who have children under the age of 40 and ordered the list of heirs by their parent’s wealth, beginning with Jeff Bezos — currentlythe richest person alive.

For the purposes of this list, we looked only at the billionaires’ direct descendants and excluded grandkids. Notably, this methodology means that some high-profile billionaires’ grandchildren — amongst themFrançois Pinault’s grandson of the same name, Francoise Bettencourt Meyers’ grandson who was called ” The Prince of L’Oreal,” and theWalton grandchildren — are not included in the round-up.

Keep reading for a look at some of the wealthiest heirs in the world.

Currently the richest person in the world, Amazon founder Jeff Bezos has four children with his former wife MacKenzie. 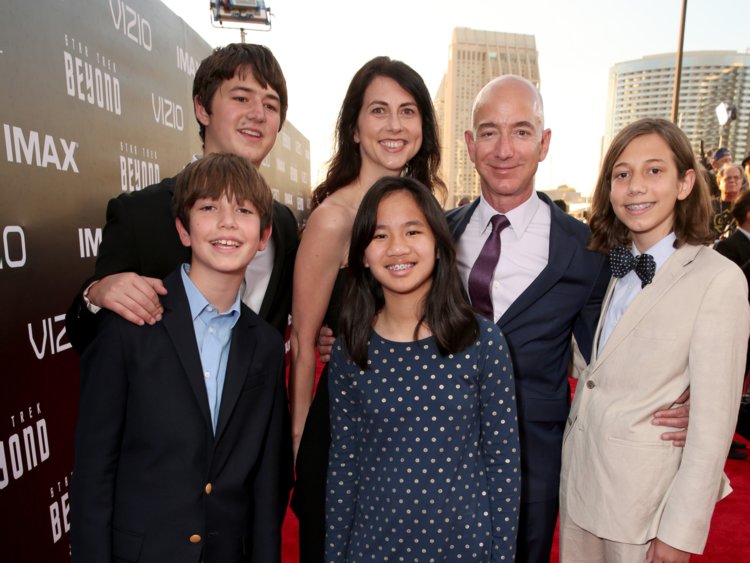 In early April, the couple announced that they had finalized the terms of theirdivorce. The two havethree sons and one adopted daughter together. Jeff Bezos has a net worth of $156.7 billion. Following the divorce, MacKenzie Bezos’ net worthtotals $36.7 billion, thanks to her 25% stake of Amazon shares.

Bill and Melinda Gates have three children together: Jennifer, Rory, and Phoebe. Their oldest is 23 years old. 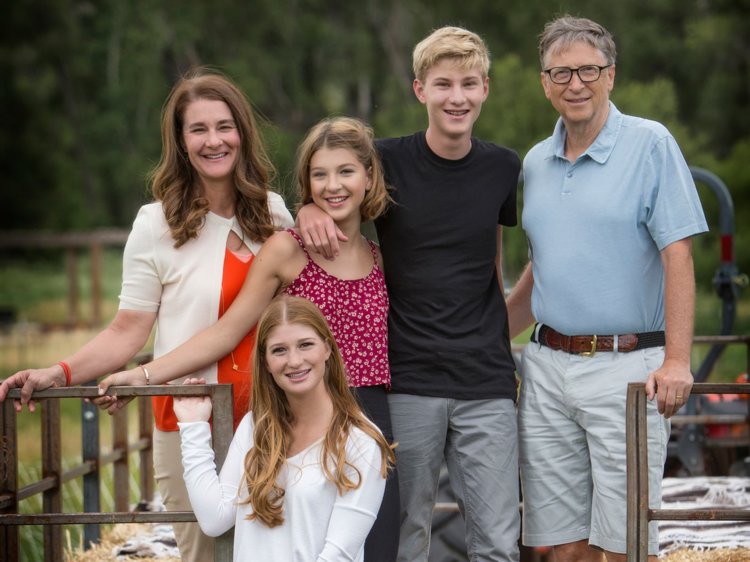 Rory, the couple’s only son,turned in 18 in 2017. His younger sister Phoebe, still in high school, attends the private Lakeside High Schoolin Seattle.

Bill and Melinda Gates — along with billionaire Warren Buffett — are responsible for thelaunch of the Giving Pledge, a pledge signed by some of the world’s richest people who promise togive away the majority of their wealth. Asreported by Business Insider’s Áine Cain andAllana Akhtar, “Each of the Gates’ kids will inherit about $10 million of their parents’ $98.1 billion fortune, while much of the rest will go to charitable causes.”

Bernard Arnault, the richest person in Europe, has five children. Three of his heirs are under the age of 30. 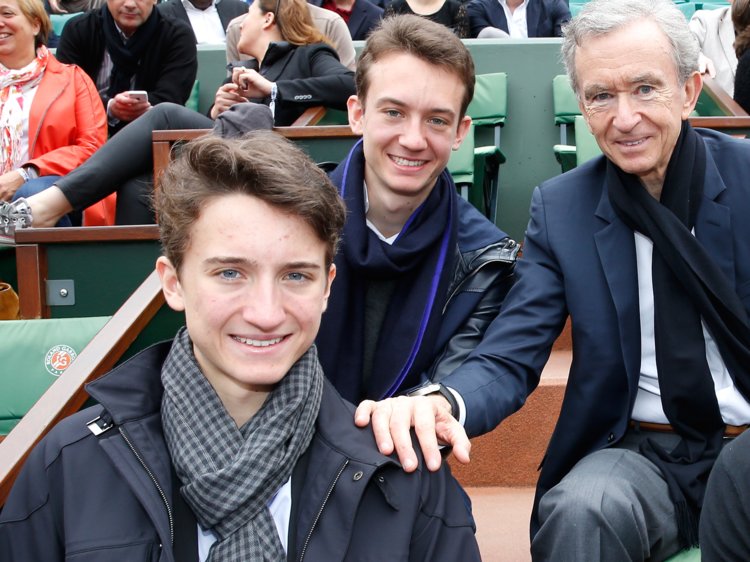 All but one ofBernard Arnault’s five children are involved in his luxury-goods empire,LVMH. Arnault has two children in their forties from his first marriage, along with three younger sons from his second marriage.

His younger sons include Alexandre, Frederic, and Jean Arnault. According to previous reporting fromBusiness Insider’s Katie Warren, Alexandre (age 27) is the CEO of LVMH’s Rimowa luggage label, while Frederic (age 24) is a director at TAG Heuer — LVMH’s largest watch brand. Bernard’s youngest son Jean is the only heir not yet involved in the company.

Retail mogul Amancio Ortega also has two older children from his first marriage; his youngest daughter Marta — his only child from his second marriage — is in her mid-thirties. 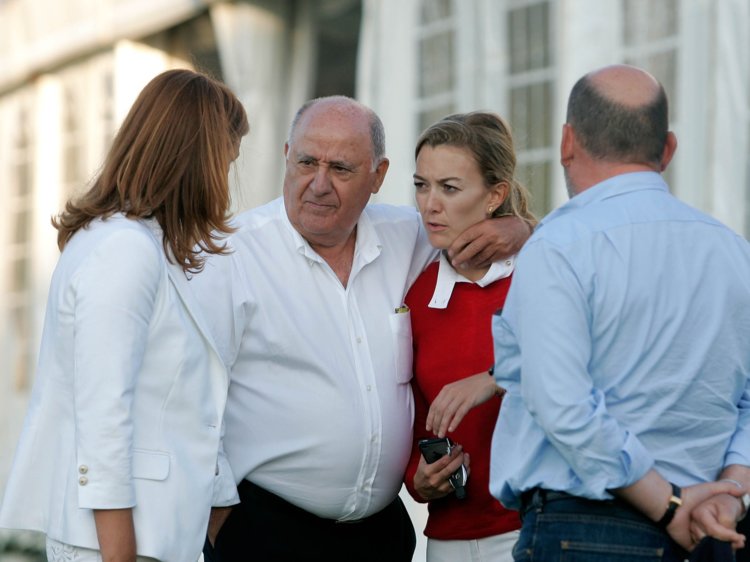 Once therichest person in the world, Ortega is currentlyranked sixth with a net worth of $62.7 billion from his clothing conglomerate, Inditex. Known as the Zara heiress, his 35-year-old daughter Marta is involved in her father’s flagship company.

According toThe Telegraph, “Marta acts as a senior creative consultant on all Zara Woman collections, and evidently has first pick of the new clothes before they hit stores.”

Marta recently received a lot of attentionfrom the press for her high-profile wedding, which wasdubbed the “wedding of the year” by Spanish publications. 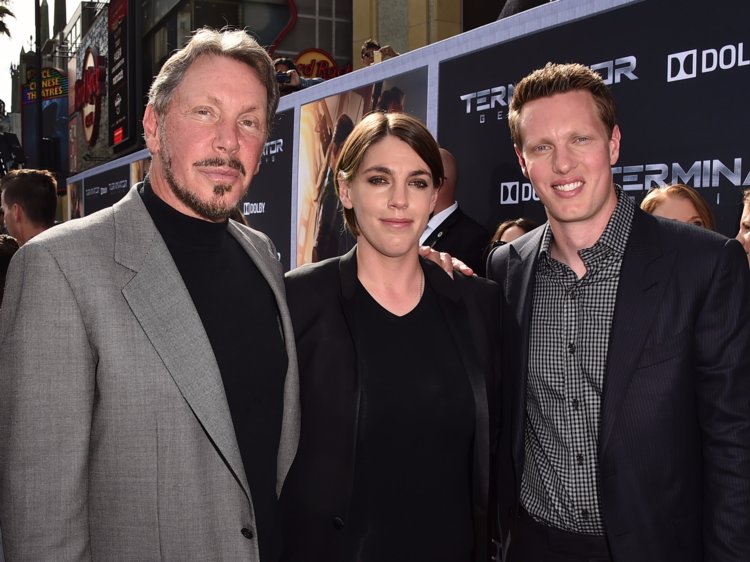 RankedNo. 7 on Forbes’ billionaire list, Ellison’s net worth exceeds $62 billion.Business Insider’s Hillary Hoffower previously reported that both of his children already inherited millions of stock shares from their father’s Netsuite and Oracle companies. In addition, as Business Insider’sTanza Loudenback reported, “Ellison gifted his daughter Megan a multi-million dollar inheritance on her 25th birthday in 2011, which she used to found a production company, Annapurna Pictures.”

Both childrenhave become successful filmmakers: Megan was praised as one ofTIME’s 100 most influential people in 2014 for her work on independent projects such as Zero Dark Thirty, Her, and American Hustle, while David has been involved in major action movies including Star Trek Beyond. 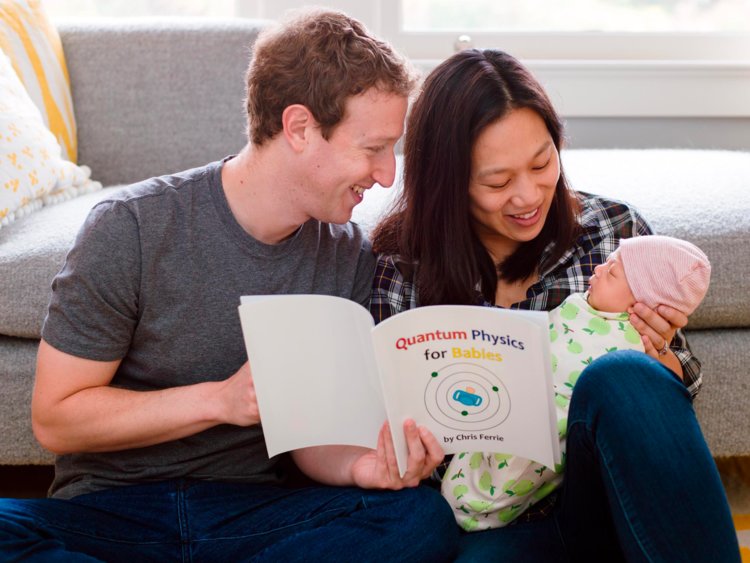 Zuckerberg and Chan have both signed the Giving Pledge. Business Insider’s Biz Carson previously reported that the couple plan togive away 99% of their Facebook shares to their joint Chan Zuckerberg Initiative. 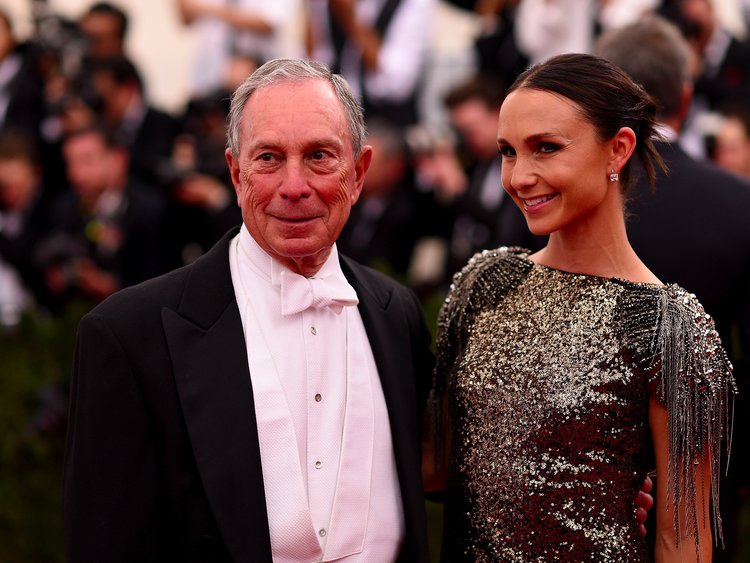 Founder of Bloomberg and former New York City mayor, Michael Bloomberg is the ninth-richest person in the world, behind tech mogul Mark Zuckerberg. His net worth totals $55.5 billion, and — since hesigned the Giving Pledge— just a small part of his massive fortune will be passed on to his two daughters,Georgina and Emma.

Georgina was featured in the infamous2003 documentary “Born Rich.”

Larry Page has two children, who are approximately eight and ten years old, with his wife Lucy. 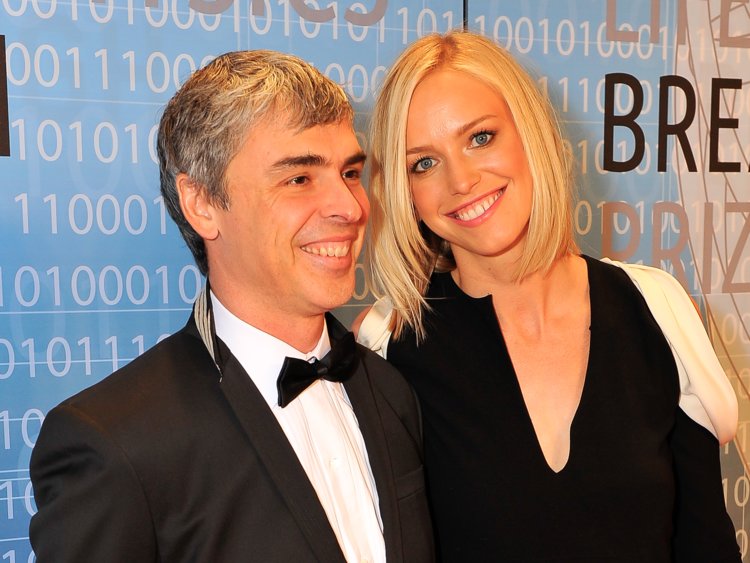 Google cofounder Larry Page’s children wereborn in 2009 and 2011. As previous reporting fromBusiness Insider’s Rachel Premack shows, “Page is so private that we don’t even know if the younger child is a boy or a girl. The older child is a boy.”

Pagefounded Google in 1998 with fellow Stanford grad Sergey Brin. Another signer of the Giving Pledge, he is currently ranked No. 10 onForbes’ billionaire list and has a net worth of over $50 billion.

Mukesh Ambani is the richest person in Asia and has three children, all of whom are in their twenties, with his wife Nita. 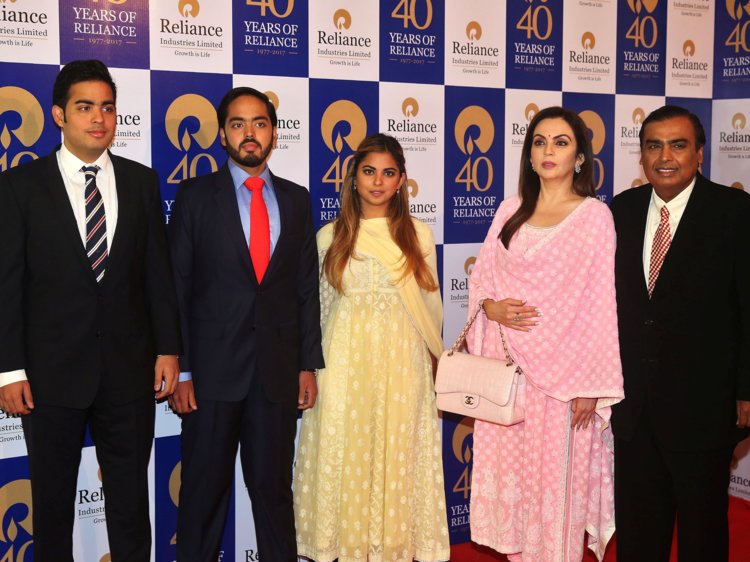 Mukesh Ambani, the chairman of Reliance Industries, has anet worth of $50 billion.

All three of his children are involved with the company: Anant (age 23) and twins Isha and Akash Ambani (age 27). Isha married 33-year-old real estate and pharmaceutical heir Anand Piramal in December 2018, which involved many extravagant events including an engagement party on Lake Como, private performances from John Legend and Beyoncé, and a ceremony with 600 A-list guests.

Like his Google cofounder, Sergey Brin has two children in elementary school. Brin was previously married to Anne Wojcicki, the CEO of 23andMe. 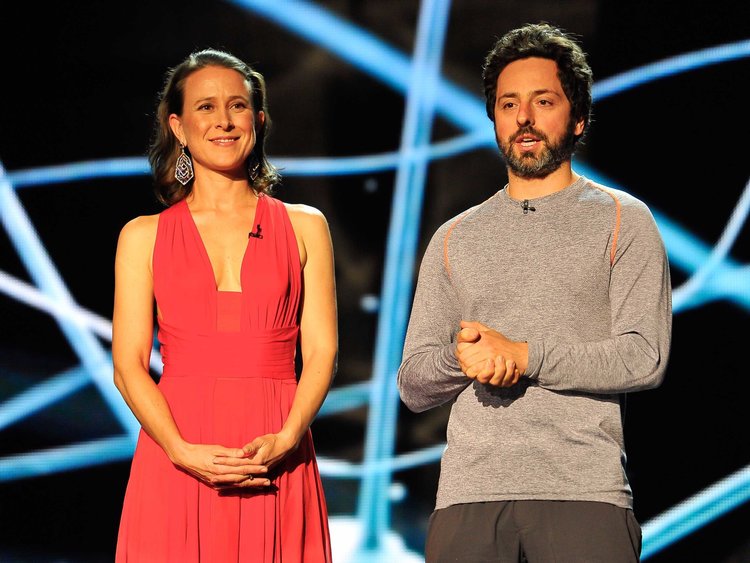 The children are set to inherit a large fortune. Wojcicki’s net worth isapproximately $440 million; Brin’s net worthtotals $53 billion, making him the fourteenth-richest person in the world.

Steve Ballmer has three sons with his wife Connie. 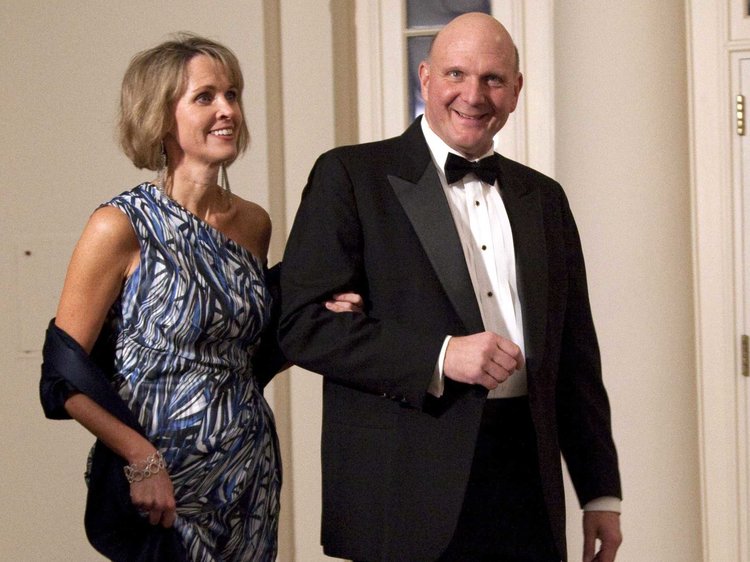 Now retired, the wealthy Microsoft exec married his wife Connie in 1990. Together, the couple hasthree sons. Currently ranked No. 19 onForbes’ list of billionaires, Ballmer has a net worth of approximately $48 billion.

Ballmer served as Microsoft’s CEOfrom 2000 to 2014. He now owns the Los Angeles Clippers.

Tech mogul Michael Dell has four children with his wife Susan — their oldest daughter is around 26 years old. 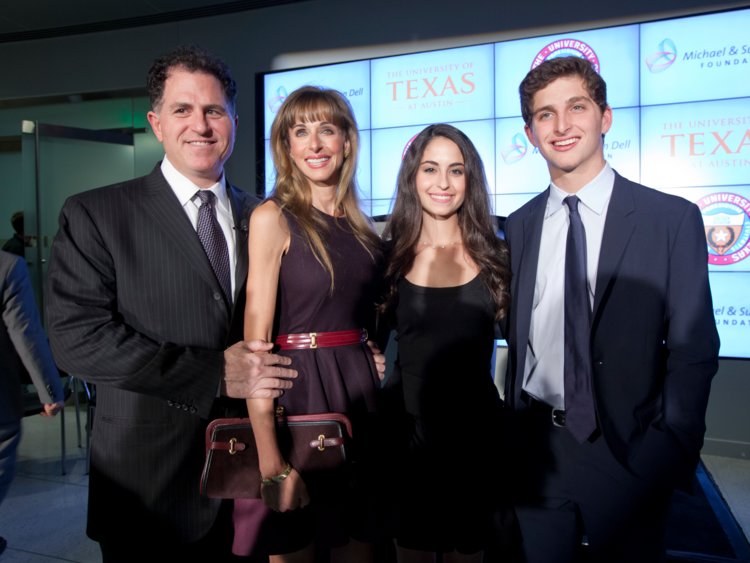 The couple’soldest child Alexa is now in her mid-twenties and is engaged to millionaire real estate mogul Arshia Harrison Refoua. She currently works as an advisor to the Bumble dating app and has amassive Instagram following.

David Thomson — the heir to the Thomson-Reuters fortune — has six children from four marriages. 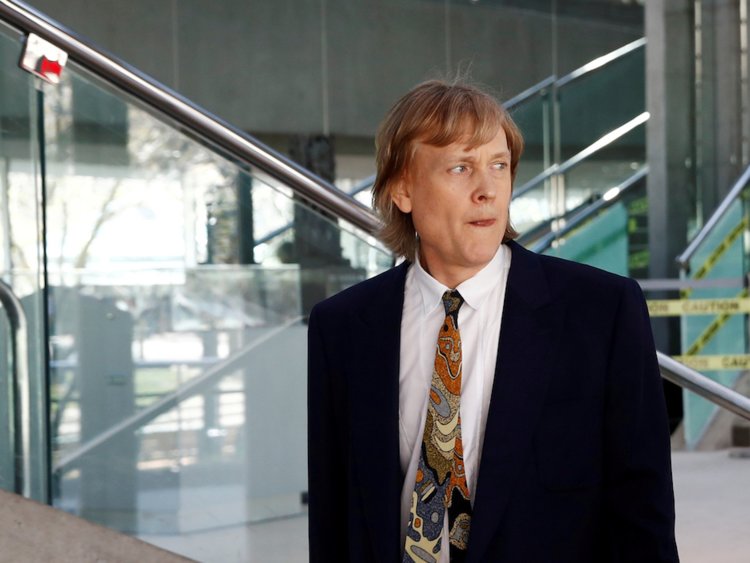 Ranked No. 27 onForbes’ billionaire list, Thomson’s net worth is $32.5 billion.

He inherited his fortune from his grandfather, who founded the media and publishing company. The family is currentlyCanada’s richest family. One of his daughters was cited as one of ” Toronto’s richest kids on Instagram.”

Wang Jianlin, one of the richest men in China, has a son in his early 30s. 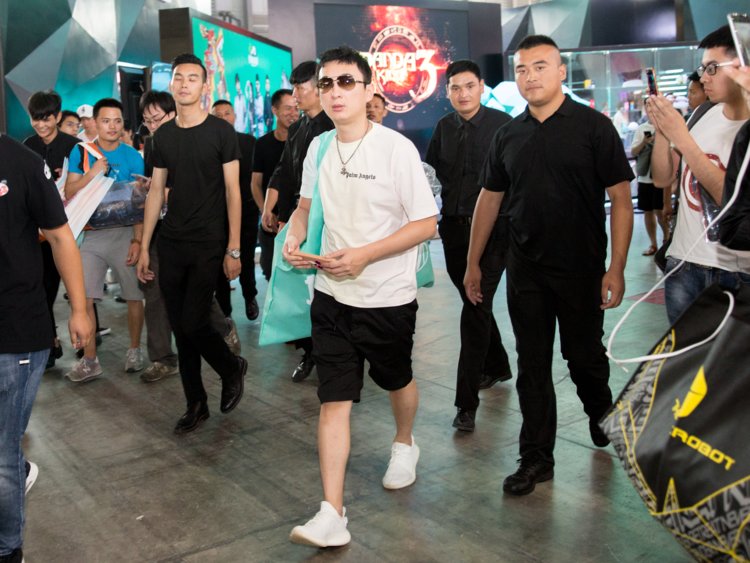 Jianlin’s son, Wang Sicong, is the only heir to his $22.6 billion fortune.Previous reporting from the South China Morning Post showed that while he has already inherited some of his family’s wealth and worksas an investor, he is not interested in leading his father’s company.