Just before COVID-19 hit, Efren Pamilacan reckons Melbourne’s street dance scene was at an all-time high. Now, finally, slowly, dancers are coming back to their former jam and battle sites – and they’ve noticed something worrying.

“Some of those spaces are now closed up,” he says. “They took an opportunity to not allow people to be there any more.” 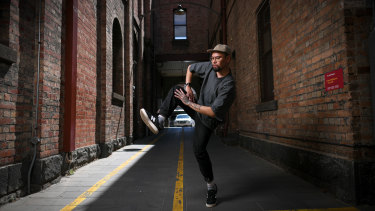 After a year spent retreating into intensely private spaces, we may have unlearned how to share public space but Pamilacan hopes – believes – we can relearn that.

“There were nooks and crannies around the city,” recalls the 32-year-old dancer, teacher, producer and promoter. The urban dance community would claim these laneways and transitional spaces, converging for jams and battles. Tivoli Arcade, around the State Library, around Federation Square.

“It’s a dance that comes from the city. It’s the music, the people, the community – and being such a diverse place in Melbourne it’s a great way for cultural exchange.”

It was like a timestamp of greater Melbourne, he says: they met in the city not just because it was an urban artform, but because it was a halfway point for people coming in from all points of the compass, a focus. 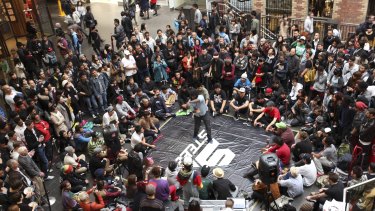 How it used to be: Efren Pamliacan’s City Session in 2014.

It was a shock coming back. The community itself had to adapt: it used to be that, coming into a jam, you’d shake everyone’s hand. Not everyone’s keen to do that right now. There’s hesitation after a year of disconnect. And they also found – for example – Tivoli Arcade with new doors, shutting them out at night.

“Where’s our space?” Pamilacan asks. “It was getting to a point where there was more acceptance… but who has the right to the space? Even if it’s allowed, or culturally or commercially accepted, does that still mean that we can be there? A lot of the places are privatised.

“There’s so much construction happening in the city right now, so I guess there’s an extra level of security – like when the [State] Library was doing its renovation it returned to us being looked at like loiterers rather than people just using the space.”

It goes back to that old question: where is Melbourne’s civic heart?

“If you go to other cities around the world there’s a dedicated space for the everyday, like a ‘piazza’,” says Pamilacan. “Where’s the piazza in Melbourne? That kind of space where you can see everyday people… just dancing?”

Pamilacan is being funded by Arts House in a program – dubbed Makeshift Publics – exploring the new dimensions of people, place and community after the disruptions of 2020. Ten artists from a range of fields will collaborate to explore our subtly transformed city.

Artistic director Emily Sexton says there has been a sense of time shrinking: “You really couldn’t think beyond the next press release and Dan [Andrews] conference.”

She wanted to create a space to “think properly” about 2021 and beyond.

“The challenges the city and we all are facing as a community are complicated,” she says. “We want to go deep.”