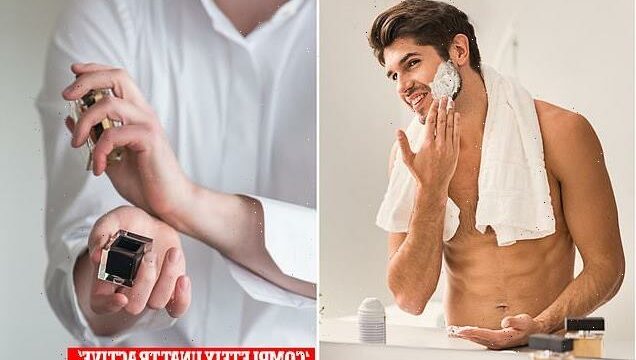 You should never be able to smell a man before he enters a room, according to one of Australia’s leading grooming experts, who warns too much cologne is an instant turn off.

And according to comedian and GQ magazine’s grooming editor David Smiedt, the ‘three pump rule’ is one of the most important when it comes to looking and smelling good.

‘The general rule here is if you have eau de toilette then you should use a maximum three pumps on the front of the throat,’ he said. 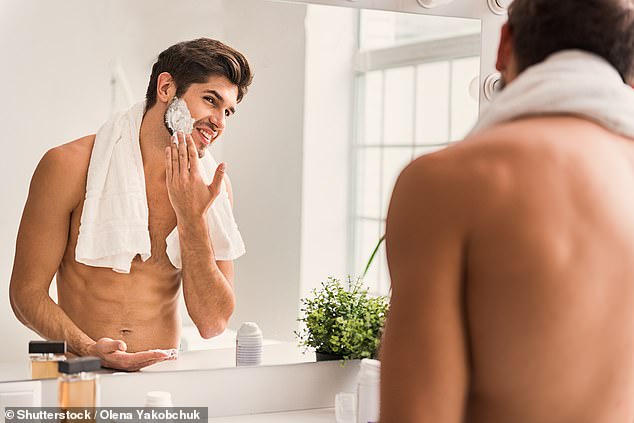 You should never be able to smell a man before he enters a room, according to one of Australia’s leading grooming expert, who warns too much cologne is a turn off

‘Don’t put it on your shirt or your head, just the front of the neck where the skin is it’s thinnest.’

The comic was speaking at the Australian launch of men’s grooming brand Cremo and added a few other helpful tips for men to come across as a modern day gentleman.

He said they should always use the ‘two finger rule’ when it comes to trimming their facial hair, leaving a buffer for the jawline.

He warned people looking for the chiseled look by ignoring the rule will just draw attention to their double chins.

Davis also recommended men take a moment to ‘shut up’ and listen and said this behaviour is what really elevates a true modern gentleman.

What do you think is the most important grooming tip for men?

What do you think is the most important grooming tip for men?

‘Let other people have a seat at the table, just listen to what they have to say, we have had our turn,’ he said.

The team at Cremo also did their own research when it came to being a modern day gentleman and found that chivalry is actually dead.

‘People are looking for respect from their partners instead,’ a spokesperson said.

This means holding the door and grabbing the heavy groceries have fallen off the to-do list for men.

‘The number one physical requirement for a gentleman is to perfect the smart casual look,’ they said. 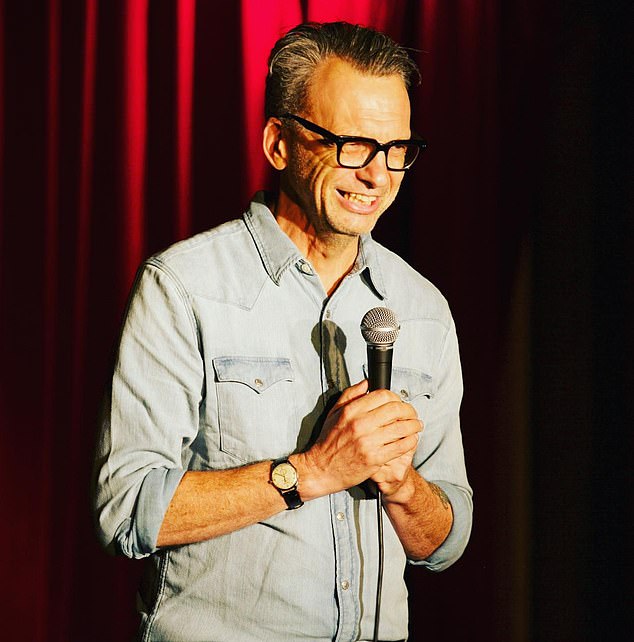 According to comedian and GQ magazine’s grooming editor David Smiedt, the three pump rule is one of the most important when it comes to looking and smelling good

What women want men to know about grooming:

1: Don’t wear too much cologne, and never wear teenage scents like Lynx Africa

2: Make sure you look after your nails, on your hands and feet

3: Use a face wash, and have a skincare regime, body wash shouldn’t be a substitute for every toiletry

5: Limit the amount of gel and stiffening products you put in your hair

When it came to personality being respectful was most important, followed by being honest, well mannered, kind and caring.

Hobbies of a well-rounded gentleman typically include working out, cooking , reading, travelling and DIY according to the research.

The brand issued a search for the country’s modern gentleman and found Hugh Jackman to tick all the boxes.

Chris Hemsworth came in at a close second while Hamish Blake, Eric Banna and Dylan Alcot also made the top ten.