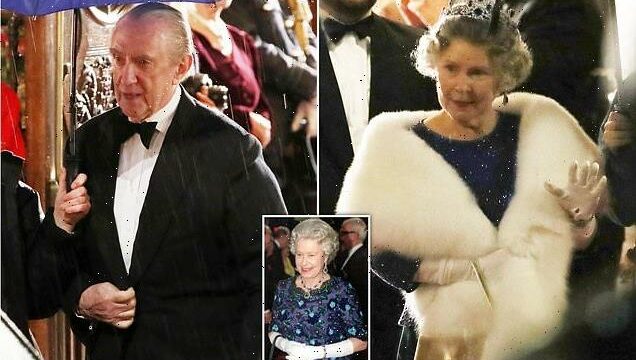 Actors Imelda Staunton and Jonathan Pryce have been snapped channelling the Queen and Prince Philip in the latest glimpse from the set of the new series of The Crown.

The latest series of the Netflix series, its fifth instalment, will cover the Royal Family’s history throughout the nineties.

These new images recreate Her Majesty and Philip arriving at London’s Dominion Theatre for the 1995 Royal Variety Performance.

Imelda Staunton, who recently took over the role from Olivia Coleman, who played the Queen throughout the second and third series, is seen dressed in a glittering blue gown, accessorised with long white gloves and a fur stole. 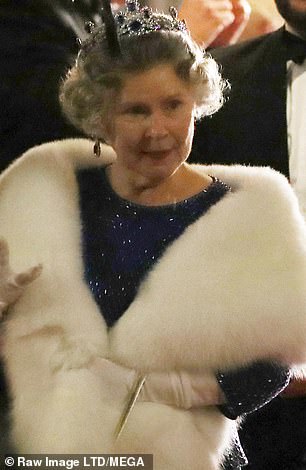 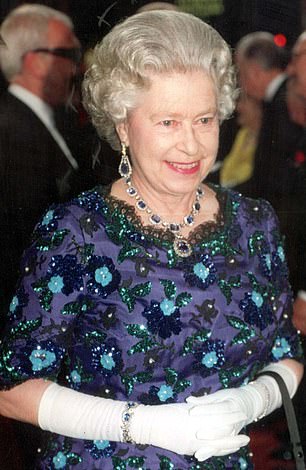 Netflix is currently filming the fifth season of The Crown, which will follow the history of the Royal Family throughout the 90s. Images from the set show Imelda Staunton (left) dressed as the Queen at the 1995 Royal Variety Performance (right) 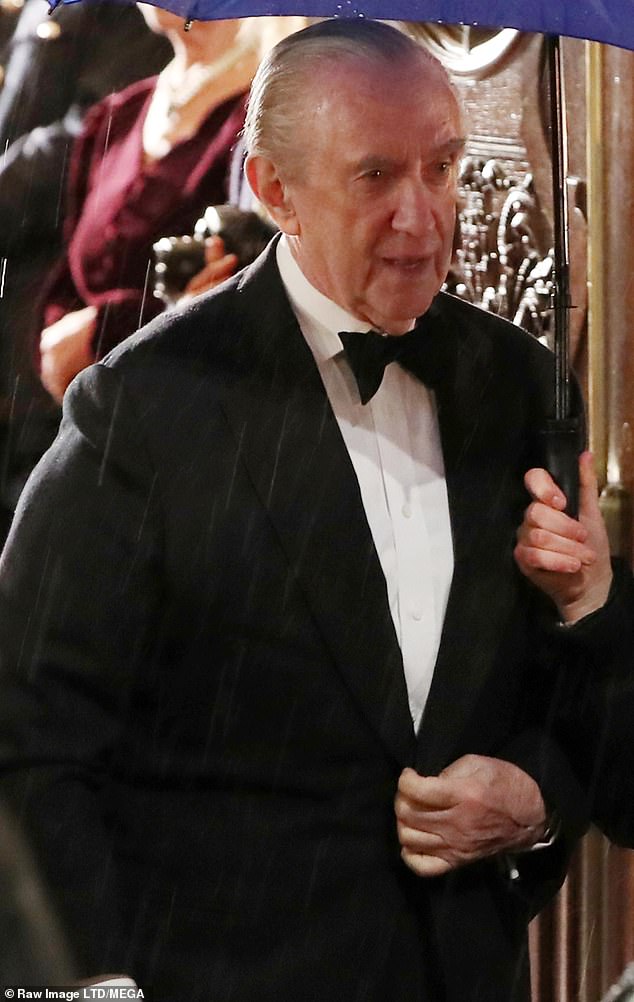 Actor Jonathan Pryce, who has taken over the role of Prince Philip from Tobias Mendez, for the final two series of The Crown, was also snapped filming the scene

Her blue drop emerald earrings appear to be a perfect match for the monarch’s jewellery on the night.

She is accompanied by Jonathan Pryce playing Prince Philip, who is also new to the series, and picks up the role from Tobias Menzies.

The theatre has been transformed to give it the appropriate period look, and photos from the set show numerous extras playing paparazzi and theatre staff. 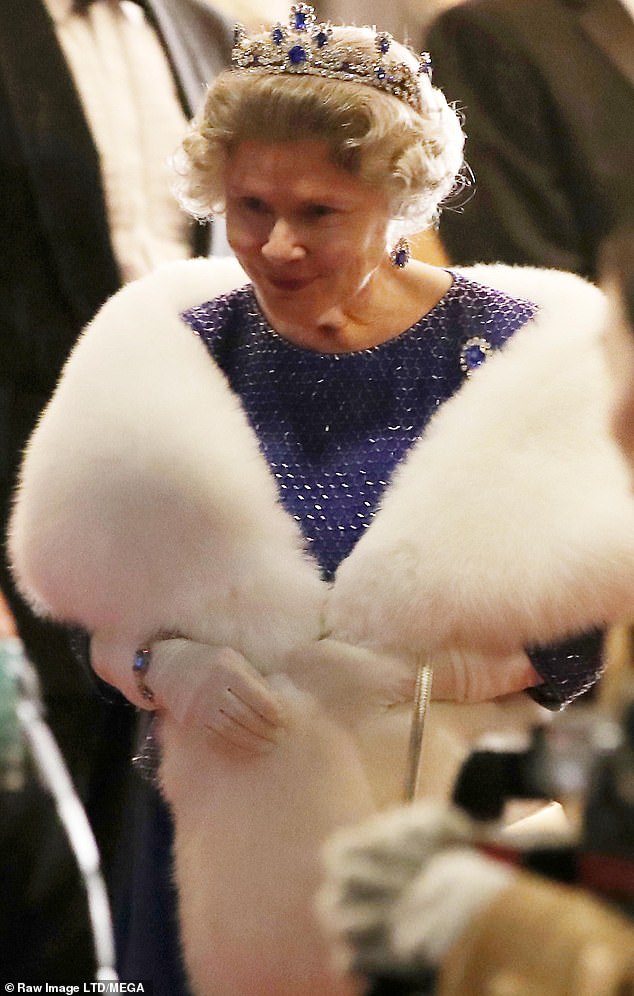 Imelda Staunton (pictured) is one of a few fresh faces in this season of The Crown, with producers replacing some of the actors to reflect the characters’ getting older 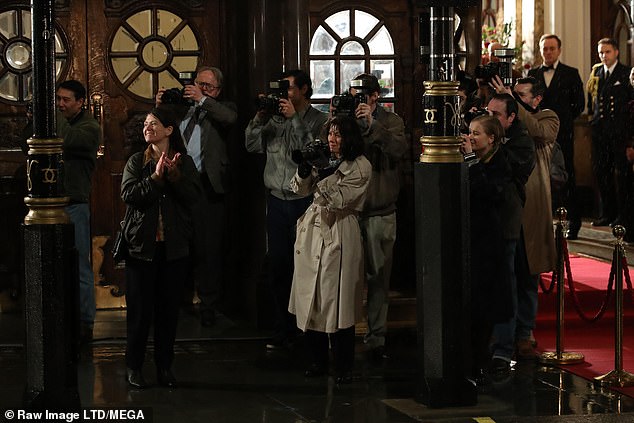 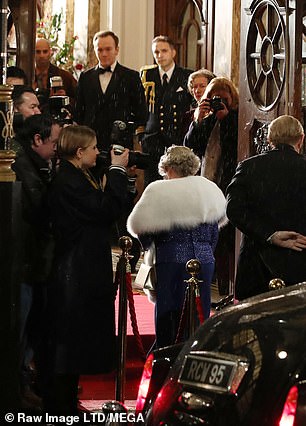 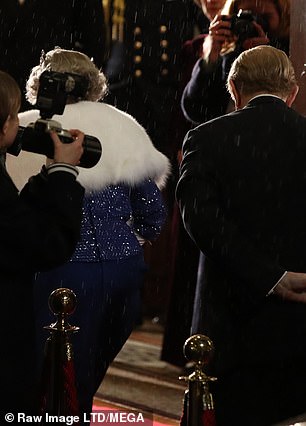 The photographs seem to show the royal couple pulling up to the Dominion Theatre, before getting out of their car, and walking into the venue 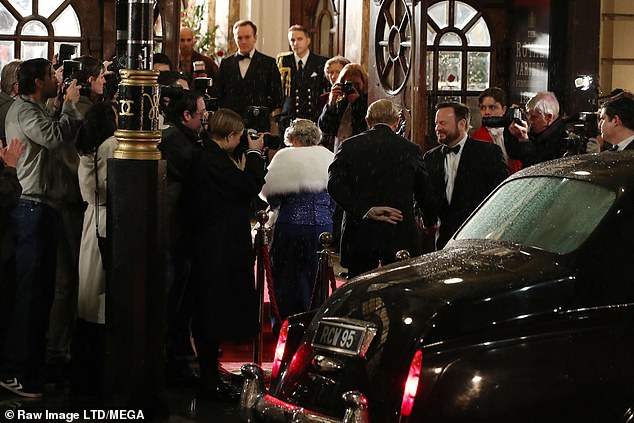 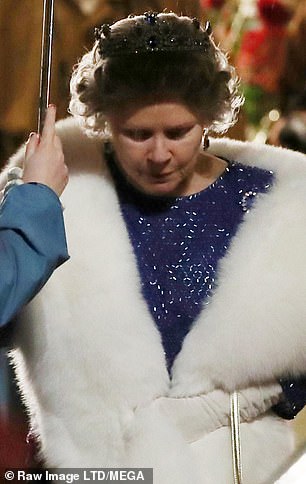 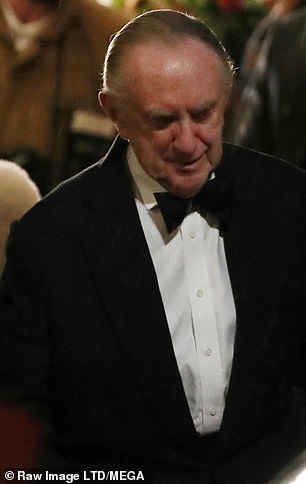 While the series often depicts real-life events, it has been known to deviate from the truth, enraging some critics. However, the scene shown in these images reflect a documented outing by the Queen and Prince Philip 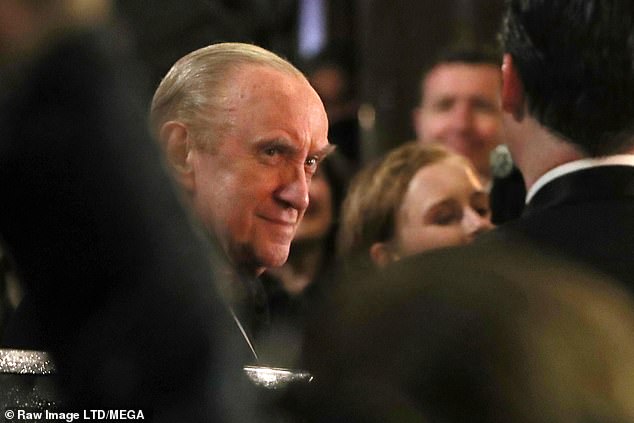 The Royal Variety Performance in 1995 was held on November 20, which was the same night Martin Bashir’s infamous interview with Diana, Princess of Wales, was broadcast

Notably, 1995’s Royal Variety Performance was held on November 20, the same night Martin Bashir’s infamous interview with Diana, Princess of Wales, was broadcast, however it is not known to what extent that event will feature in the programme.

While it is understood that the final two series of The Crown will cover the Royal Family’s history throughout the 1990s and into 2003, it is not yet known which moments will be seen.

However, this time period is fertile ground for the family, not least 1992, which the Queen famously described as an ‘annus horriblis’. 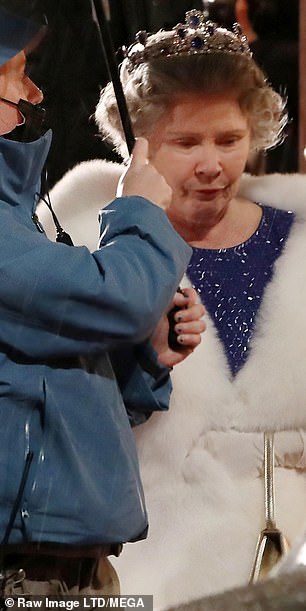 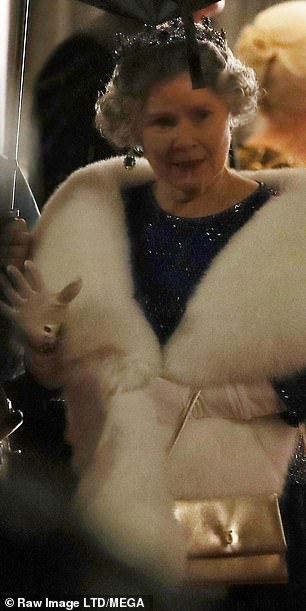 A crew member was pictured holding an umbrella over actor Imelda Staunton, protecting her (and her lavish costume) from the drizzle 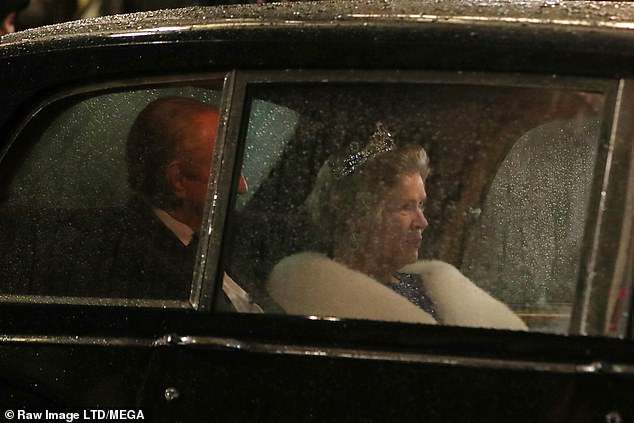 Among the elaborate production design details, including period costumes and decor, is the black car seen ferrying the royal couple in the scene 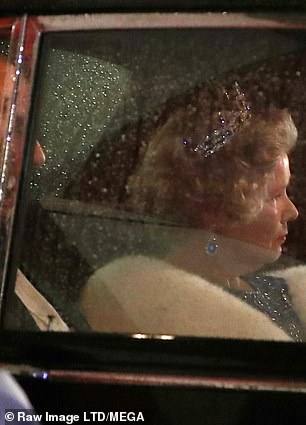 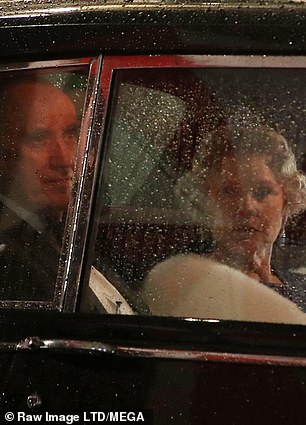 She was referring to the breakdown of three of her children’s marriages; Prince Andrew, Princess Anne’s and Prince Charles’ divorce from Princess Diana, as well as a fire at Windsor Castle.

The rest of the 90s saw the deaths of Princess Margaret, the Queen Mother and the Princess of Wales.

While the show often features real-life events, it has become well known for bending facts to suit its narrative, which has outraged some.

As well as Imelda Staunton and Jonathan Pryce, there will be several new fresh faces, as producers introduce new actors to reflect the characters’ ageing process.

It is not yet known how faithfully the fifth series will remain to the facts.