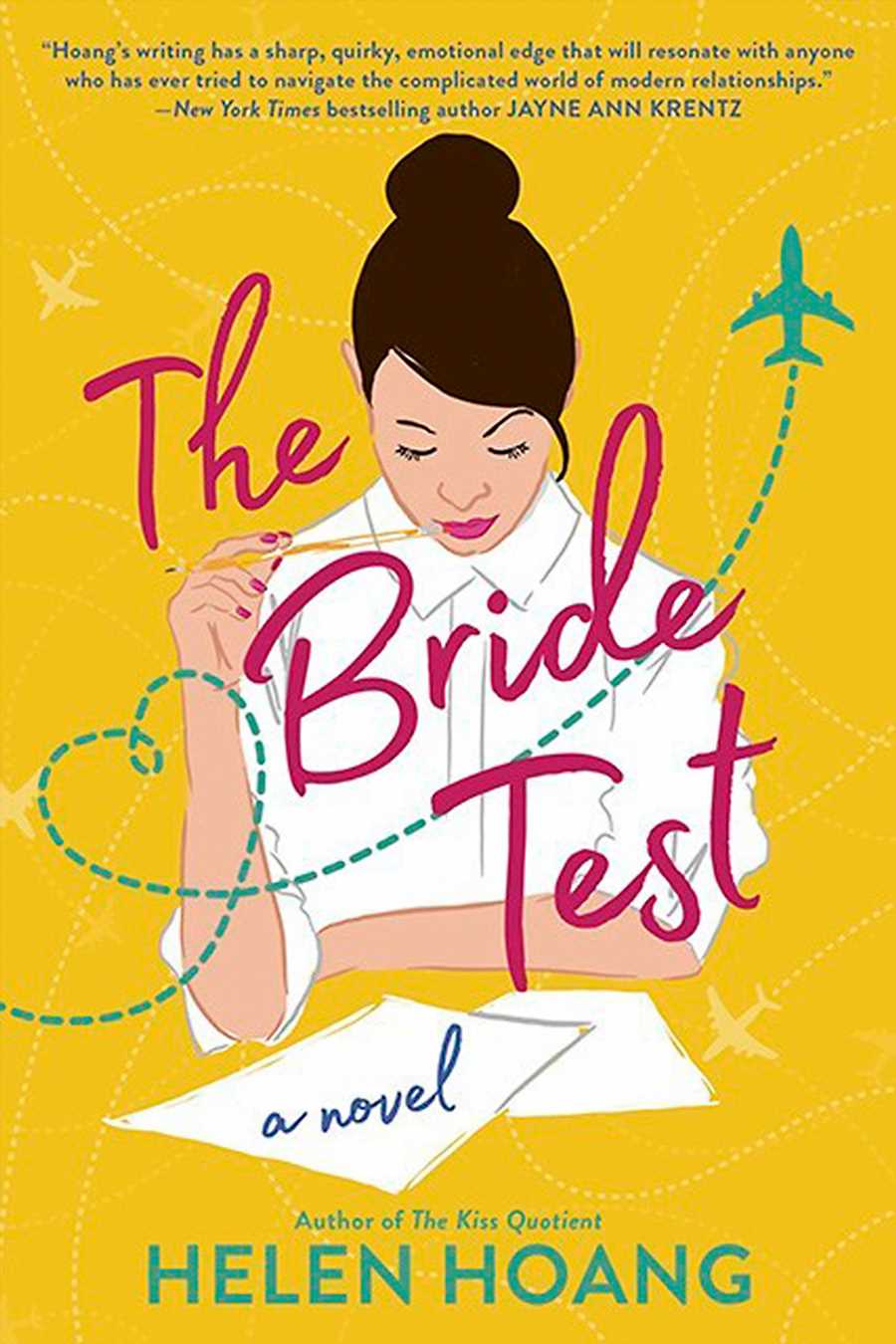 For a one-stop counter to all those trend pieces bemoaning the supposed “death” of the rom-com, look to Helen Hoang. Last year, her fizzy debut, The Kiss Quotient — a reverse-ish Pretty Woman about a tech whiz named Stella who falls for the escort she hires to teach her the ways of sex — affirmed the genre’s durability, popping fresh characters and juicy conflicts into an always satisfying formula. Her encore, The Bride Test, is even better.

Hoang’s books are tenderly personal. The author, diagnosed with autism spectrum disorder in 2016, put an autistic heroine at the center of Kiss; a minor character from that steamy novel named Khai, also on the spectrum, gets swoony leading-man billing in her follow-up. Hoang is a sensitive writer, but also a very funny one. Her characters’ distinctive, prickly personalities yield tension and severe misunderstandings, equally silly and sweet and heartbreaking — the kind that great rom-coms are made for.

The Bride Test alternates between the perspectives of Khai and his love interest, Esme, who is based on Hoang’s mother. As the novel opens, Esme is living in the slums of Ho Chi Minh City, making ends meet as a new single mother. Khai’s mother is also in town, to find a wife for her son — fearing he “doesn’t know how to find [one] himself.” She makes pointed small talk at Esme’s place of work, and soon, Esme accepts her offer to go to California for a summer, live with Khai, and woo him as they attend family weddings and try settling on a domestic routine. (Esme can also search for the American father she’s never met, who may live in Berkeley.)

There are so many good things about this book. The plotting is tight. The romance unfolds to irresistible, if familiar, beats. The set pieces range from perfectly comic — Khai, bewildered, watching Esme chop down his tree with a meat cleaver — to erotic, the heat between the couple luxuriously realized on the page. But the best scene, in which Esme gives Khai a haircut, is a true marvel. It’s the moment he tells her he’s autistic; he teaches her, in gentle movements, how to trust him, how to touch him. Once upon a time, a man like Khai couldn’t be the sexy romantic hero. Finally, he’s the guy of the girl’s dreams. B+