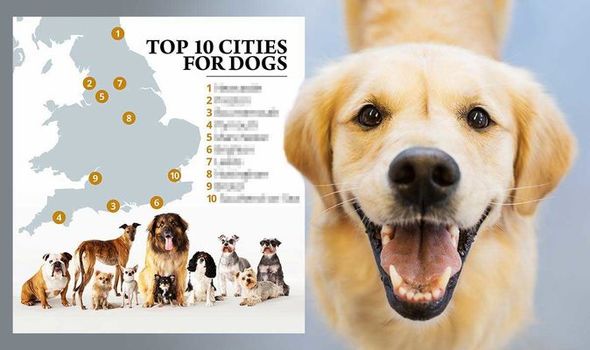 The inaugural BARK (Best Places of Residence for K9s) study created by pet wellbeing experts Paws.com ranked the nations 25 largest cities based on environmental and social factors that affect a dog’s life. Following extensive analysis it concluded that Newcastle upon Tyne was top-dog and the most friendly city for Canines. The city in the North East was ranked number one for its excellent air quality, expanses of green space and low litter levels.

The next best pup-friendly place was Preston which boasts the highest number of dogs per capita.

The Lancashire city was praised for its vast areas of good quality local parks.

Meanwhile Bournemouth completed the top three with its squeaky clean streets being a major pet-friendly factor.

Portsmouth made a dogs-dinner for its suitability for Canines and found itself in last place in the survey. 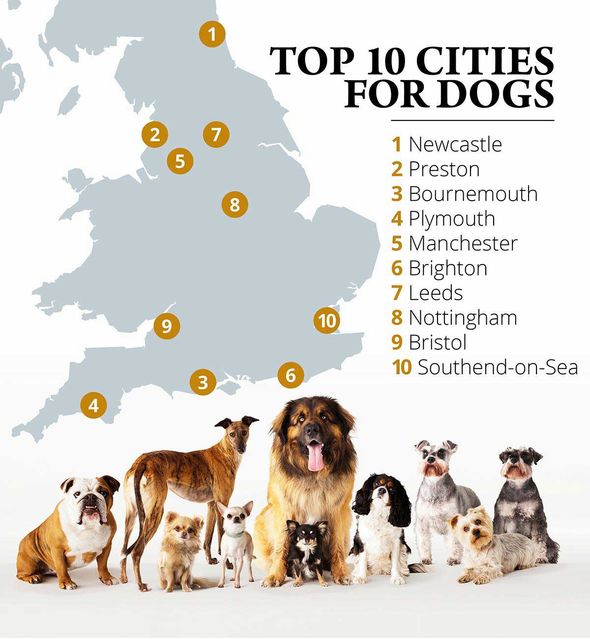 The south-coastal city was found have a lack of green space, poor air quality and traffic congestion.

Meanwhile London did not even make the top 10 and came in 21st place.

The Capital scored low for its air pollution and has the lowest number of dogs per household of the places surveyed.

However it was not all doom and gloom for London, as it scored very high for its dog friendly pubs.

Stephanie Wenban, Paws.com vet and dog wellbeing expert championed the health benefits of owning a dog and said there was a growing trend that England was moving towards creating more dog-friendly cities.

Ms Wenban said: “The UK is known as a nation of animal lovers and increasingly we are seeing more dog-positive changes to our lifestyles.

“The benefits of pet parenting are well documented, including reducing stress levels, encouraging us to exercise and improving sociability.”

She added: “Perhaps it is no surprise we are seeing a move towards more dog-friendly cities – but we have found in this research that location really does matter.”

The research took into account the number of dogs in each city, quantity and quality of urban green space, traffic congestion, pollution, litter levels and the number of dog-friendly pubs to create a definitive list of the best places to be the top dog about town.

According to the RSPCA in 2018 there was 9 million dogs in the UK.

It also estimates that 44 percent of households have a least one pet.

The 25 places ranked in the BARK study for the best city for dogs to live in are as follows:

The Data for the research was collated and the index was calculated by Nelson Research in April 2019.