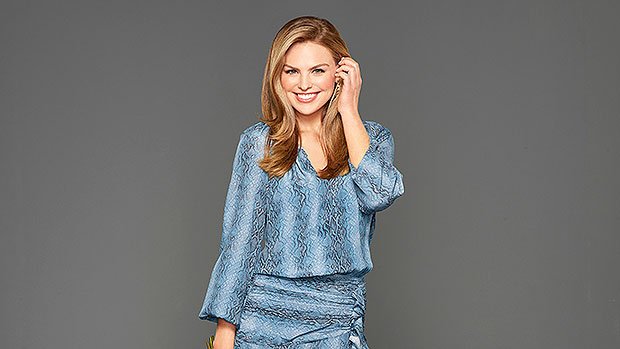 The full trailer for season 15 of ‘The Bachelorette’ is finally here! Hannah Brown takes control of her destiny in the clip, which debuted one week before the May 13 premiere.

Hannah Brown is ready to find love on The Bachelorette, but based on this first full trailer of season 15, it’s going to be quite a journey for her to get there! The new promo was released during a special Bachelorette reunion on May 6, during which 12 previous Bachelorettes got together to reminisce about their times on the show. However, the special also looked ahead at what’s to come when Hannah’s season premieres May 13, and there certainly won’t be a lack of drama!

At one point in the trailer, Hannah confronts a group of guys, and through tears, tells them off. “None of you know anything about me and what makes me me and things that I’ve gone through because no one’s even asked,” she says. “All we do is talk about stupid s***. So figure it out or I don’t want to do this.” It’s just one of many times Hannah is seen crying in the trailer, which also features her saying to the cameras, “I’m a normal human being and I’m trying to be the Bachelorette. I don’t know what to do and I’m scared.”

Of course, we also see some of the guys going at it with one another, and Hannah seems to learn something that upsets her more than anything. “Honestly, my trust has been so completely broken,” she admits. “So I’m for sure going to do what I want to do.” There are happy moments, too, though — Hannah makes out with several of the hunky guys, and raves that she’s feeling “off the charts” chemistry from the very beginning. In the end, though, it all comes down to the big question: Will someone propose to Hannah, and if they do…will she accept?!

Hannah made her debut in Bachelor Nation during Colton Underwood’s season of The Bachelor. Before appearing on the show, she competed in the Miss USA pageant, alongside with fellow Bachelor contestant, Caelynn Miller-Keyes. The ladies’ tension made headlines for most of the season, but they ended up burying the hatchet.

Hannah made it to week 7 of the show, but was eliminated by Colton after a one-on-one date, during which she got the chance to meet his family. She was revealed as the next Bachelorette during the live After the Final Rose special on March 12. Her season of The Bachelorette premieres on May 13 at 8:00 p.m. on ABC.