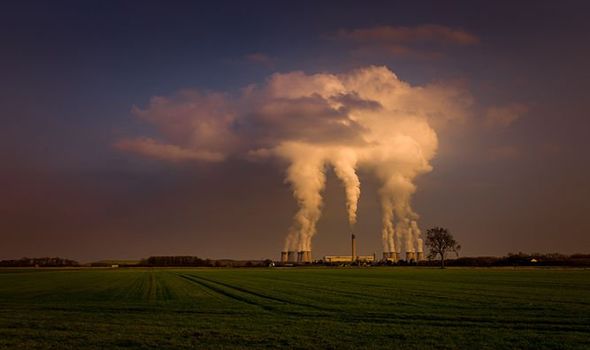 A campaign to scrap VAT in favour of business and consumer choices which are kinder to the environment drew the most support in a Green Alliance poll. The Daily Express is fighting for Zero for Zero – meaning there would be zero VAT on products which result in no damaging emissions, or almost none.

VAT is currently higher on refurbishments than it is on new builds and it is also higher on solar panels than on coal or gas.

And it is the same on electric cars as on petrol or diesel-powered cars.

But Brexit means Britain is free to set its own levels of VAT instead of being hamstrung by EU rules.

Research by the Green Alliance, based on a survey of more than 2,000 voters and a jury of 18 from across Britain, concluded: “People in the UK strongly favour using the tax system to drive a green economy.”

The majority (54 percent) were in favour of greening VAT, with just nine percent opposed.

Other options, such as carbon taxes on producers, had similar levels of support but greening VAT was considered “the easiest to understand”.

Right now we pay more tax to use solar panels at home than we do to burn coal, which is counter-intuitive to say the least

One jury member from northwest England said: “It is the best type of green tax, in that it already exists and can be easily applied by Government.”

The report said the next Budget is the Treasury’s golden opportunity to zero-rate VAT on all repair, renovation and refurbishment services, as well as green energy products, such as insulation, solar panels and heat pumps.

It stated: “The UK should capitalise on its new-found freedom from EU VAT rules by better aligning the tax system with its increasingly ambitious environmental targets.

“At the moment, the tax regime often does the opposite, encouraging a range of environmentally damaging behaviours which run counter to the urgent need to cut carbon.” Britain is legally committed to eliminating or offsetting all carbon emissions by 2050.

Get the latest three-day weather forecast where you live. Find out by adding your postcode or visit InYourArea

Despite the fact that housing produces a fifth of the UK’s greenhouse gases, the Green Alliance pointed out that there is still a zero rate on new builds while renovation incurs the standard VAT rate of 20 percent.

Libby Peake, the Green Alliance’s head of resource policy, said: “Greening VAT would be an easy first step towards creating a financial system that encourages everyone to live greener and save money.

“It would make fixing your smartphone or washing machine affordable.

“And it would make doing up your home preferable to building a new one – while also making it cheaper to have warm and sustainable homes.”

I coined the term “Zero for Zero” earlier this year and, with the Daily Express, kicked off a campaign to persuade the Chancellor to improve the relationship between tax and low-carbon options.

It’s a simple suggestion – a zero rate of VAT on any goods or services that help us get to zero carbon.

Right now we pay more tax to use solar panels at home than we do to burn coal, which is counter-intuitive to say the least.

The Government has made a legally binding commitment to make Britain green, but it requires systemic change.

The idea of changing the system is not only logical, but popular – as the report from the Green Alliance shows.

So what’s stopping us? Not the EU, since we regained control of our own VAT.

It could and should be a Brexit dividend. It will slash our emissions and stimulate the low-carbon economy.

And we know the overall cost of getting to zero carbon in the UK is insignificant, as a recent Office for Budget Responsibility report shows. We’re talking about four months’ worth of economic growth, 30 years from now – a tiny price to pay.

Lord Deben, chairman of the Climate Change Committee, says the Government is in dire need of a plan to get us to net zero.

The COP26 climate summit is fast approaching and the world is looking to Britain to show leadership on this issue.

Let’s make the case for a global realignment of taxes and subsidies.

Right now, the Government protects the old way of doing things and inhibits the new.

We need to flip that around.