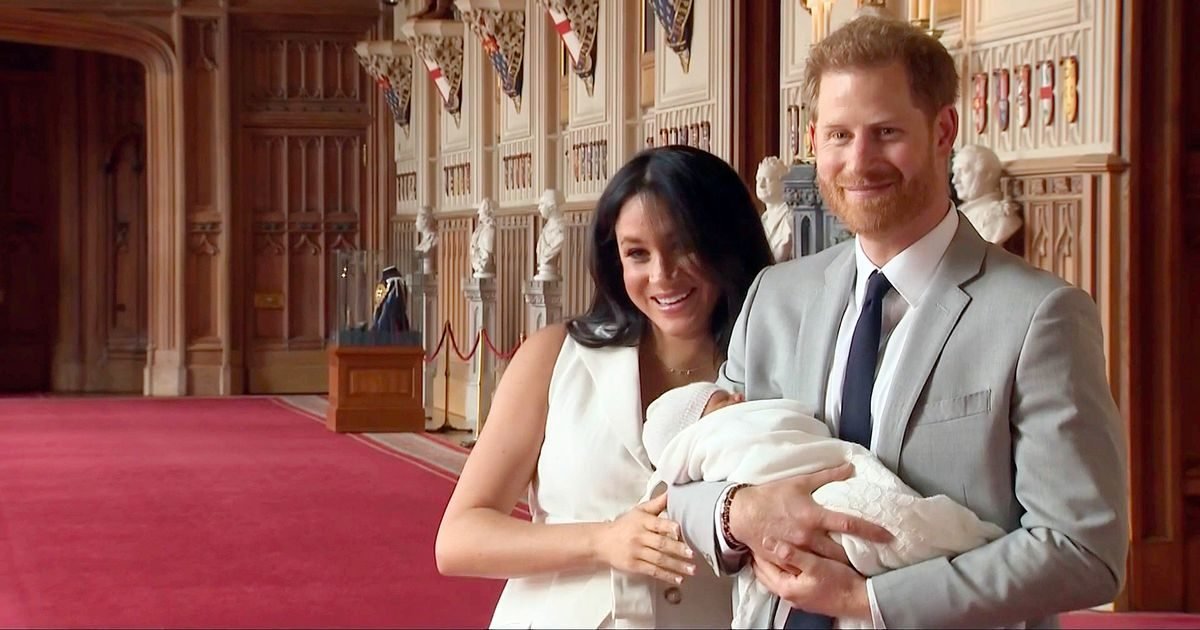 Two days after welcoming him to the world, Meghan Markle and Prince Harry have revealed the name they have picked for their little boy.

They revealed the news on their Instagram page with a gorgeous photo of the Queen meeting her great-grandchild for the first time this afternoon.

The name wasn't the favourite according to the bookies, but it was on many top ten lists – so it would have earned lots of people a few bob.

The couple have picked just one middle name for their son, compared to George, Charlotte and Louis who have two each.

For all the latest news follow our royal baby live blog here.

But what do the names mean?

The name is of English and Scottish origin, and is a shortened version of Archibald

According to parenting website BabyCentre , it's "composed of the Germanic elements ercan, meaning 'genuine' and bald, meaning 'bold' or 'brave'."

Traditionally a surname, Harrison is becoming more and more popular as a first name for little boys.

It's of English origin and means 'Son of Harry'. Awww.

This is the surname used by members of the royal family who don't have a HRH title.

Before 1917, the family didn't officially have a surname and members just used the name of the house they belonged to.

But George V, the Queen's grandfather, adopted the name Windsor.

The royal family's website states: "The family name was changed as a result of anti-German feeling during the First World War, and the name Windsor was adopted after the Castle of the same name.

"At a meeting of the Privy Council on 17 July 1917, George V declared that 'all descendants in the male line of Queen Victoria, who are subjects of these realms, other than female descendants who marry or who have married, shall bear the name of Windsor'."

When the Queen took the throne she decided that she wanted her descendants to be distinguished from the rest of the family.

So she changed the name to Mountbatten-Windsor to include Philip's surname.