The Princess of Wales, 40, showed up to the taping for the Royal Carols: Together at Christmas on Thursday, December 15, wearing a maroon coat dress that had structured shoulders and two golden buckles situated at the waist. She completed the look with a matching set of heels, clutch and gloves.

The Berkshire, U.K. native arrived at the event, which she hosted, with her husband, Prince William, 9-year-old son George and 7- year-old daughter Charlotte. The royals’ youngest son, Louis, seemingly did not attend. Charlotte also wore a dark purple coat to match her mother. The two boys, for their parts, donned matching black suits. 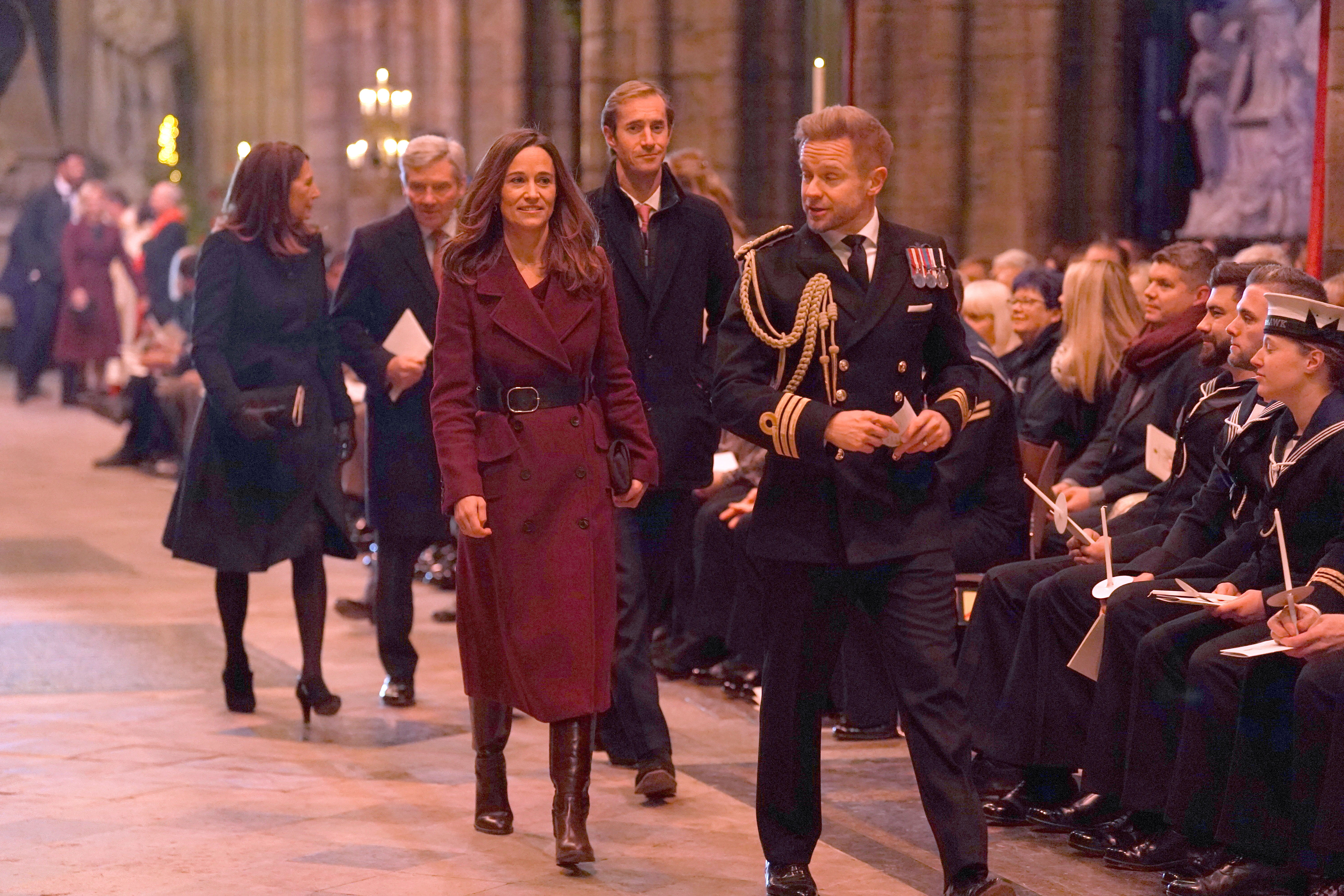 Pippa, 39, showed up to the holiday performance sporting a look that was strikingly similar to the royal’s iconic style preferences. Kate’s sister wore a belted coat dress in a similar wine- tone shade. To complete her look, she paired maroon knee-high boots.

The event is the second annual Christmas carol concert that is sponsored by The Royal Foundation. Kate organized the first musical shindig last year and dedicated it to first responders and organizations across the United Kingdom who supported the country during the COVID-19 pandemic.

This year’s event was dedicated to Queen Elizabeth II who passed away in September. The show paid homage to the late monarch and highlighted her values including duty, empathy, faith, service, kindness, compassion and support for others according to the official website of the royal family.

When promoting the show over the weekend, Kate donned a festive cranberry-colored dress that had a floral pattern alongside its stunning sequin embellishments.

“Join us this Christmas Eve for a very special service at Westminster Abbey, full of festive carols and beautiful performances, as we celebrate what makes this the most wonderful time of year,” she said in the promo video that went live on Sunday, December 11.

A broadcast of the holiday show will air in the U.K. on Christmas Eve and will be narrated by Catherine Zeta-Jones.