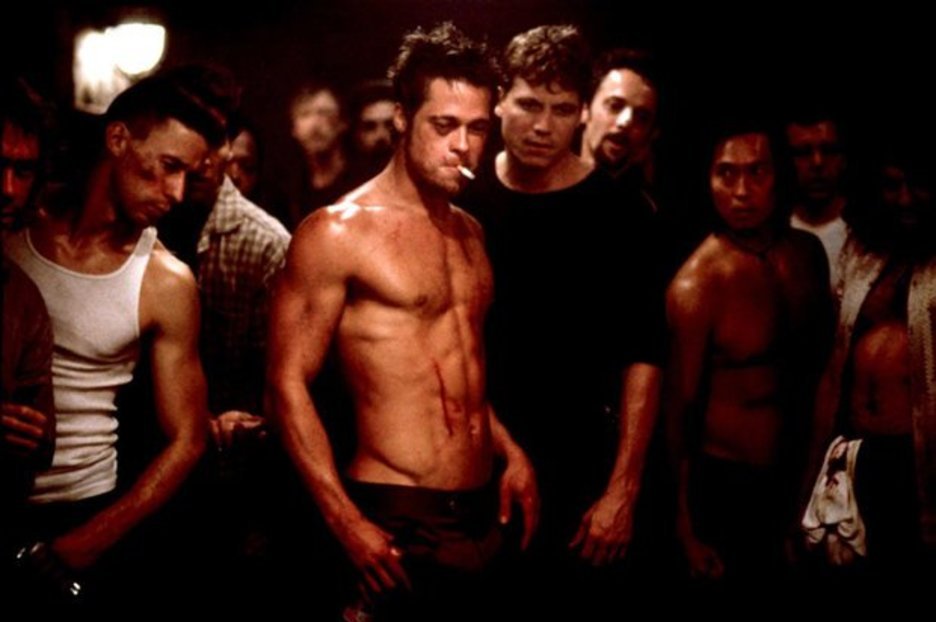 Allison Garrett and her classmates were tasked with penning a review of a movie they had seen.

The film, starring Brad Pitt and Ed Norton, centres on an underground club, where men escape their humdrum lives by fighting.

Allison used the movie’s most iconic line to her advantage, delivering a review in just 19 words.

Incredibly, her tutor appreciated her unconventional approach, awarding her 100/100.

Her review was: “The first rule of fight club is: you do not talk about fight club.” 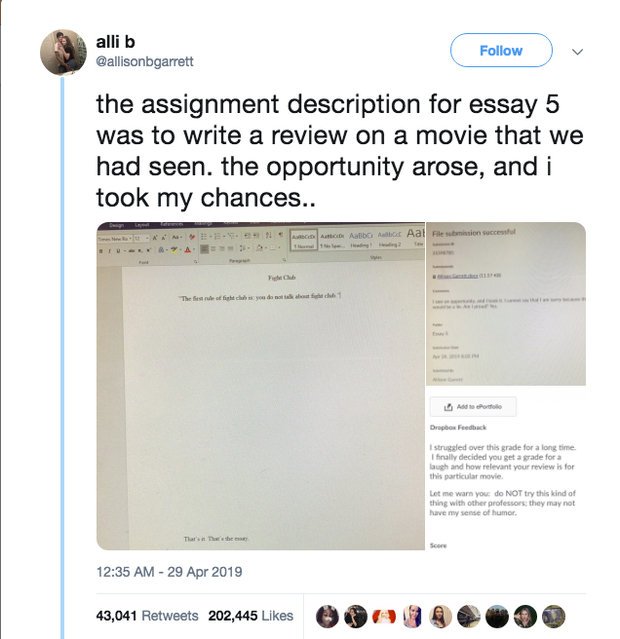 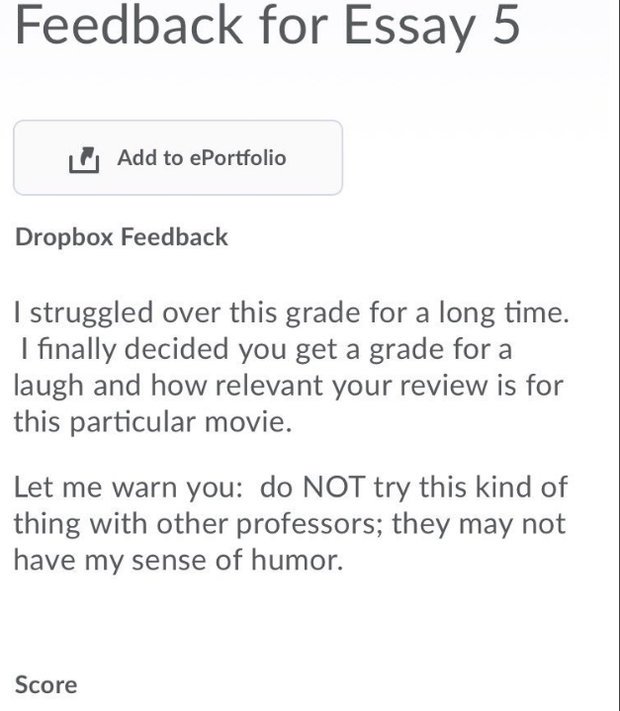 “Let me warn you: do NOT try this kind of thing with other professors; they may not have my sense of humor [sic].”

Allison, from Jackson, Clarksville, explained her thinking, writing on Twitter: “The assignment description for essay 5 was to write a review of a movie that we had seen. The opportunity arose, and I took my chances.”

She later revealed: “I got a 100 on the paper and passed the class with an A.”