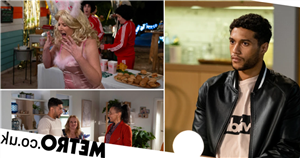 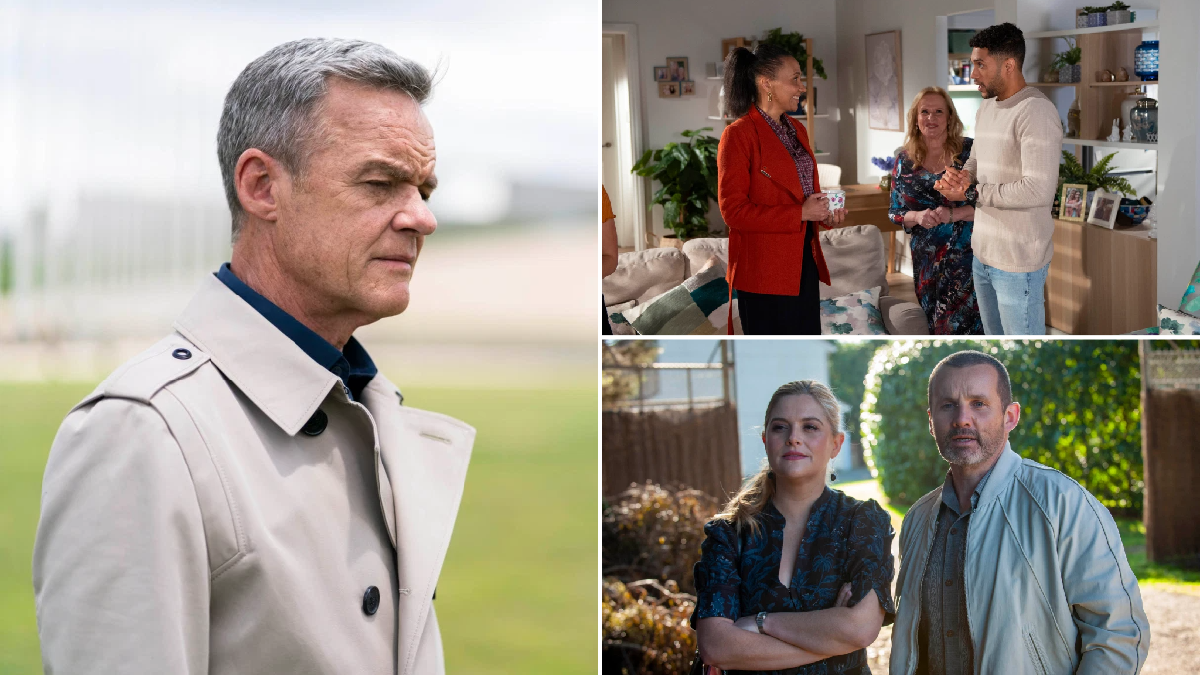 Mum’s the word in this week’s Neighbours, as one shows up unannounced and causes all sorts of havoc, while the other suffers a violent outburst that leaves the Ramsay Street residents shocked, and a little scared.

Jane (Annie Jones) is said mum, who cannot understand why her daughter gave up her baby and refused to return home. She’s stressed, hurt and at a loss as to what to do next. Just one more thing will be enough to break her – and here it comes.

The other problem mum is Levi’s (Richie Morris), which is a big issue because she does not know her son is polyamorous, nor would she approve. His love triangle is about to disband fast with his mum around.

Sheila (Colette Mann) discovers she has made herself an enemy without realising it, which could be about to cause her a lot of grief. Can she make amends before it causes a rift in her family?

And poor Melanie (Lucinda Cowden) – not only is she on the verge of losing her man to Rose (Lucy Durak], who is hellbent on getting what she wants (AKA Toadie), she’s also about to end up on the receiving end of a nasty injury after a prank goes wrong. Will she pull through?

Here’s what’s ahead on this week’s Neighbours

Sheila and Evelyn seem to have a few issues, not that Sheila is aware. Evelyn can’t even bare to look at the women and Sheila is perturbed by this unexpected behaviour towards her. Deciding enough is enough, she confronts Evelyn, only for Evelyn to give her the full score of what an awful human she was to her in the past. Sheila had no idea and hopes they can move past it, but Evelyn is having none of it. The scars run too deep. Sheila decides it’s a lost cause, but when she notices how Levi is keeping away from Amy now that his mum is around, She realises she needs to do what she can to keep this woman nearby, even if Evelyn can’t bear to even breathe the same air.

Harlow makes a meal of it

Paul can see Harlow is on the verge of walking from Lassisters, so in a shock move he creates a job just for her to keep her in place. She is wowed by the prospect of the new role, which is way above her ability and even higher than Chloe, which naturally puts Chloe’s nose out of joint. Harlow and Chloe come to verbal blows over it, and Harlow, being Chloe’s superior, puts Chloe in her place. But Chloe isn’t the only one doubting Harlow’s ability, so is Terese. Harlow has bitten off more than she can chew and those around her are ready to see her fail.

Jane and violent are two words you wouldn’t expect to see together in a sentence, but it’s a combination we’ll see this week in Neighbours. Jane promises her nearest and dearest she’ll give up looking for Nicolette, but she just can’t move on. She’s hurt and dumbfounded that her daughter is gone for good. Chloe can see she’s not coping and turns to Clive hoping he’ll help, but her ‘help’ pushes Jane to breaking point. She snaps, letting her full fury flow. Hendrix is shocked to see Jane has an aggressive side, even a little bit terrified. Who knew she had it in her? Chloe has a word with him about what he saw and he decides to keep it quiet from Susan, but Jane is too honest for her own good and comes clean herself. Will she lose her job over her violent outburst?

Melanie finds herself accused of vandalising Rose’s car, which is of course all part of Rose’s plan to throw Mel under the bus to worm her way back into Toadie’s life. Mel furiously defends herself, but what should Toadie believe, the word of his girlfriend or the evidence? Rose is pleased that Toadie is warming to her being back and she plays a little prank on him as a joke. It goes better than expected as he decides to retaliate, and they end up in a fun prank war.

But things go drastically wrong when Mel gets caught up in a prank and is left with a nasty injury which needs hospitalisation. Toadie feels terrible, but he is subconsciously being torn. His girlfriend needs him, but when the incident causes a huge issue for the Film Festival, Rose turns to him for his legal help, managing to keep him close. Who will he choose?

Levi to lose out in love triangle?

Levi feels at a loss at not being by Amy’s side following the drama at the party. She’s devastated, and the only shoulder she has to cry on is Ned’s. Levi is feeling pushed out and starts to worry his relationship is fizzling. Can he keep his stiff upper lip around Evelyn and not let on he’s in a relationship she won’t approve of, or will his resolve crack when he realises he’s losing his woman?