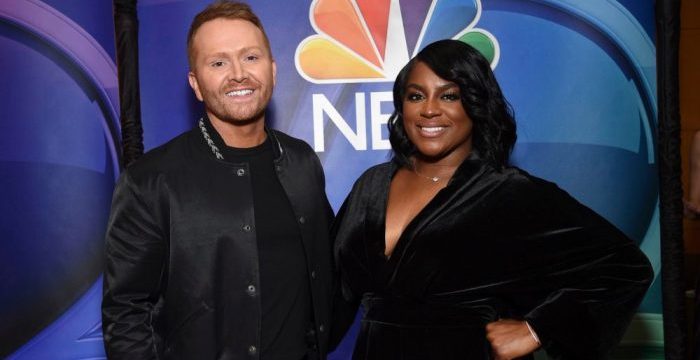 As part of the rollout for the upcoming NBC show “Songland,”  a podcast featuring the show’s mentors and celebrity guests has been launched in conjunction with iHeartMedia, which the radio powerhouse is describing as its first joint effort with a broadcast TV network.

The Songland Podcast will primarily function as an after-show wrap-up once the show kicks off May 28. But it launches today with four pre-premiere episodes that have one of the show’s producers, Dave Stewart, and the three mentors — Shane McAnally, Ester Dean and Ryan Tedder — going into some deep background on the hits that brought them to where they are now. Those four editions of the podcast can be found here.

Stewart, formerly of the Eurythmics, tells the story of writing breakout hit “Sweet Dreams” with Annie Lennox in a 17-minute podcast. Tedder goes in-depth on crafting “XO” for Beyonce, as well as his thoughts about the impending series, in a 24-minute episode. Country chart behemoth McAnally gets into the story of how the relationship between his sister and mother led to writing “Mama’s Broken Heart” with Kacey Musgraves, which ended up a No. 1 hit in the hands of Miranda Lambert. And Dean shares the story of being called to the studio in the middle of the night to work up “Superbass” for Nicki Minaj.

The podcast will be promoted during each weekly episode on NBC, inviting viewers to hear more about what they just saw. The winning song will be played in full at the close of each of the regular-season podcasts. Celebrity judges like the Jonas Brothers and Charlie Puth are expected to take part. Reps for iHeart say the vignettes will play out across their individual stations as well as via the podcast.