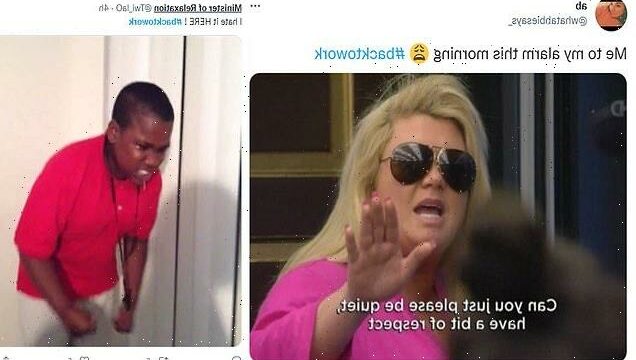 ‘What’s a password? Who are these people?’: Employees bemoan the return to work after the long Christmas break with hilarious memes

This year’s festive break was a lengthy one for many, thanks to Christmas Day, Boxing Day and New Year’s Day falling on the weekend, meaning workers were able to make the most of the resulting bank holidays.

But as a result many people are not happy to be back at their computers for the new year – and they have put these bad feelings into hilarious tweets.

After having some time off for festivities, today marks the first day most of the country is returning to work.

Since New Year’s Day fell on a Saturday, yesterday was a bank holiday and extended the break until 3rd January, rather than the usual return to work on 2nd.

This the inevitable return to work, which no one has been looking forward to after festive celebrations and welcoming in 2022.

Twitter users used the platform to portray their feelings of disappointment and misery, using gifs and funny but relatable memes to share their despair with others. 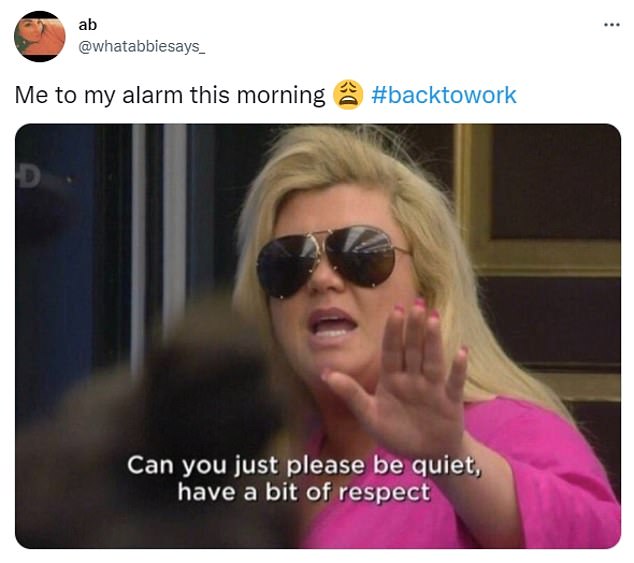 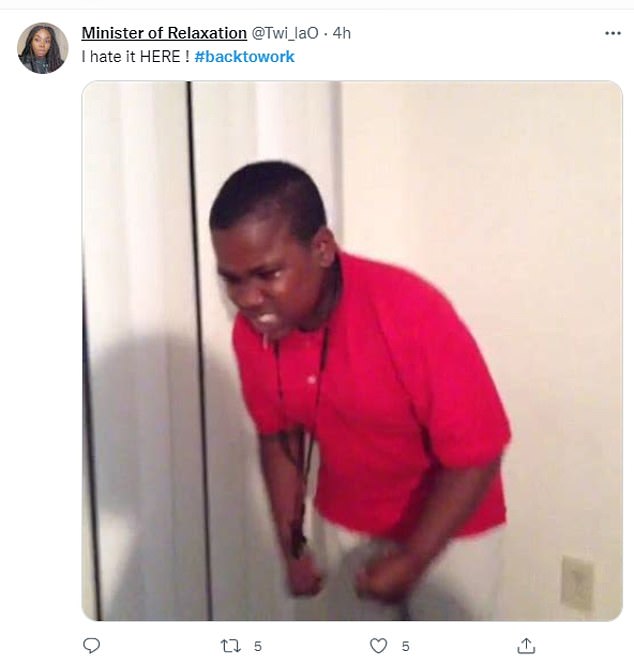 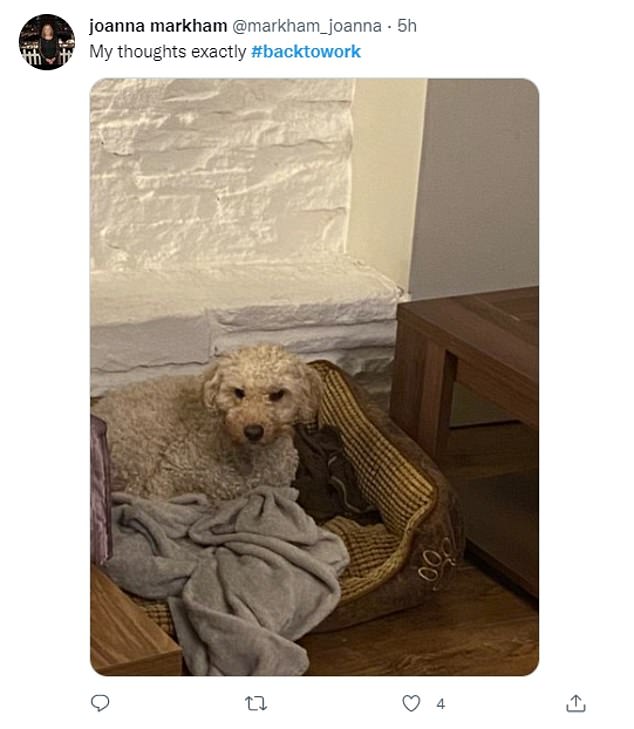 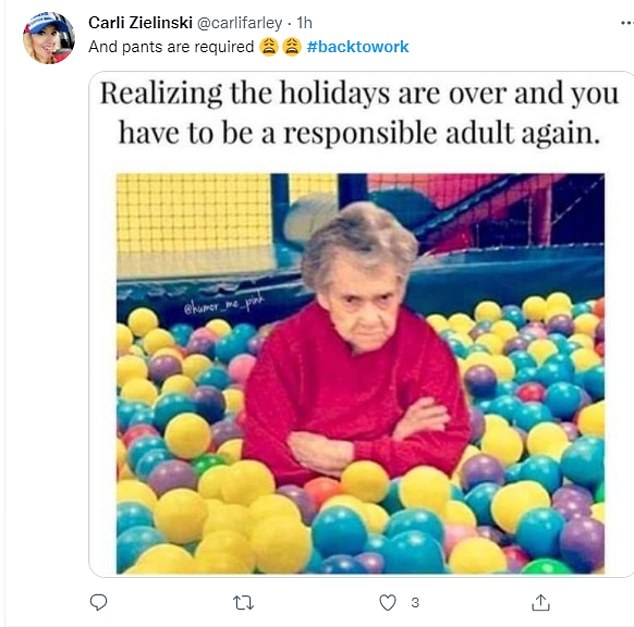 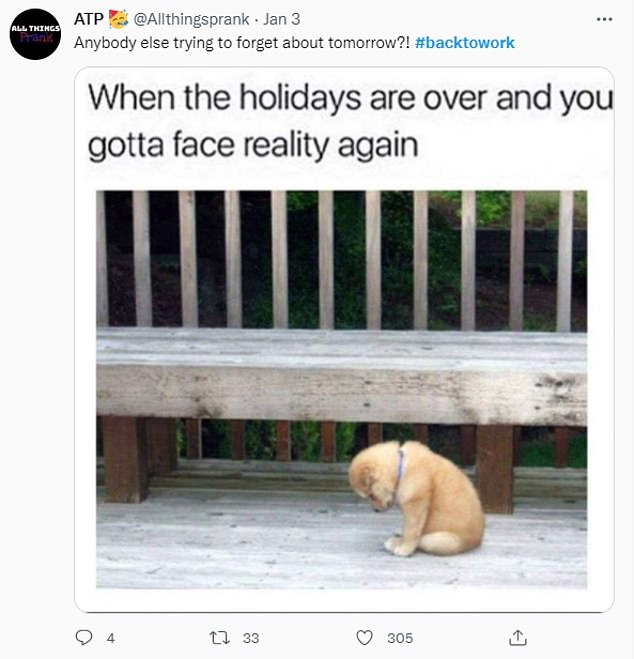 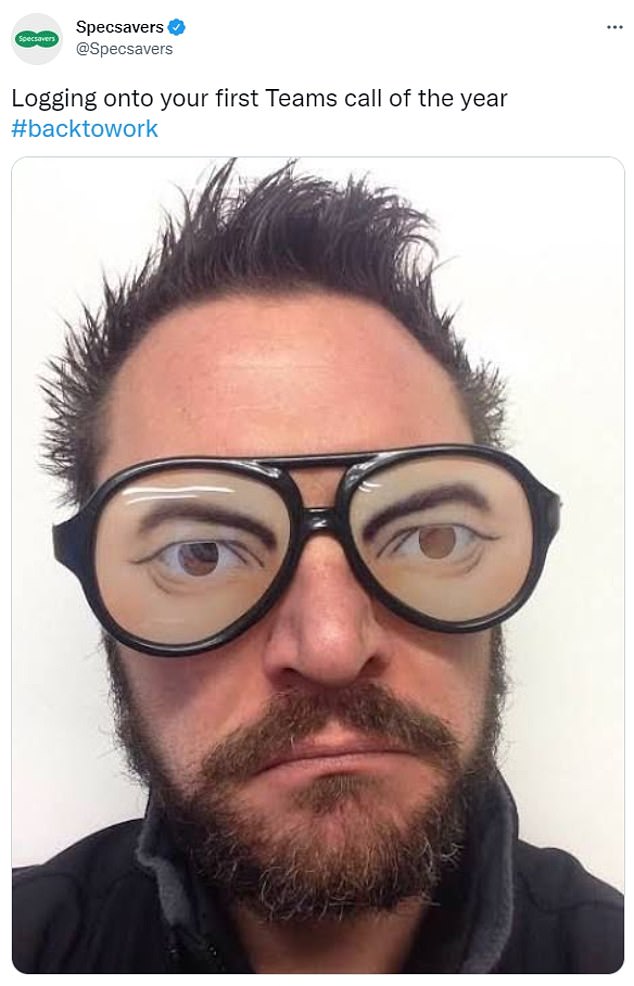 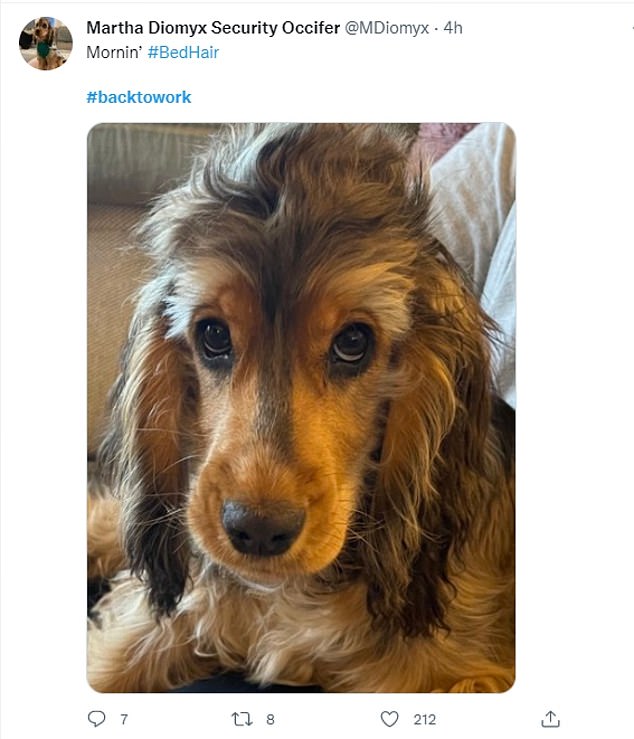 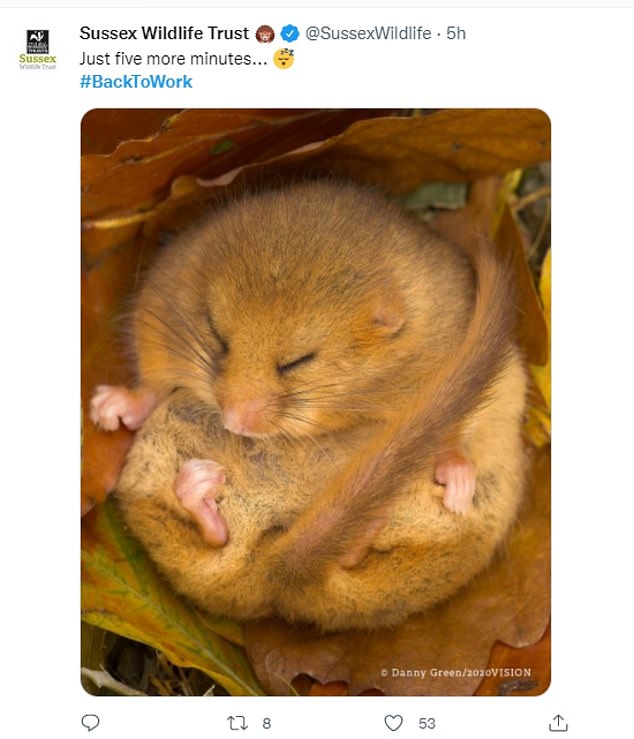 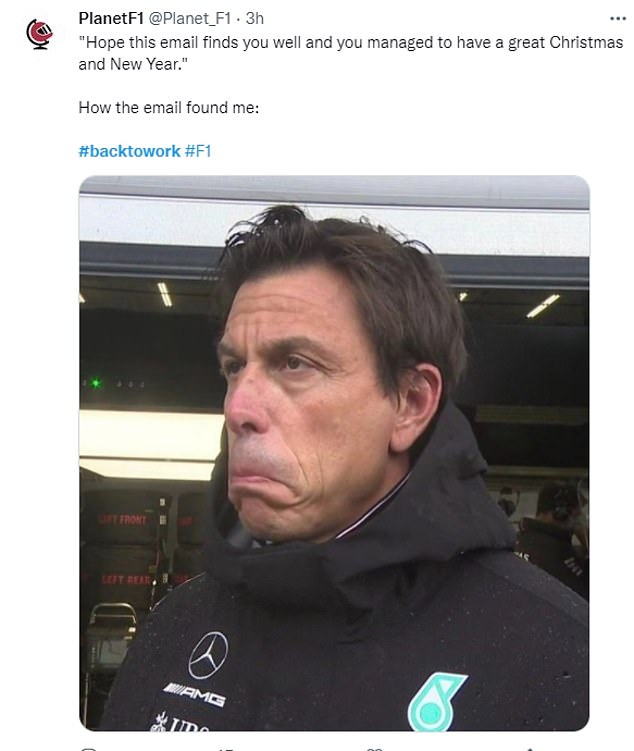 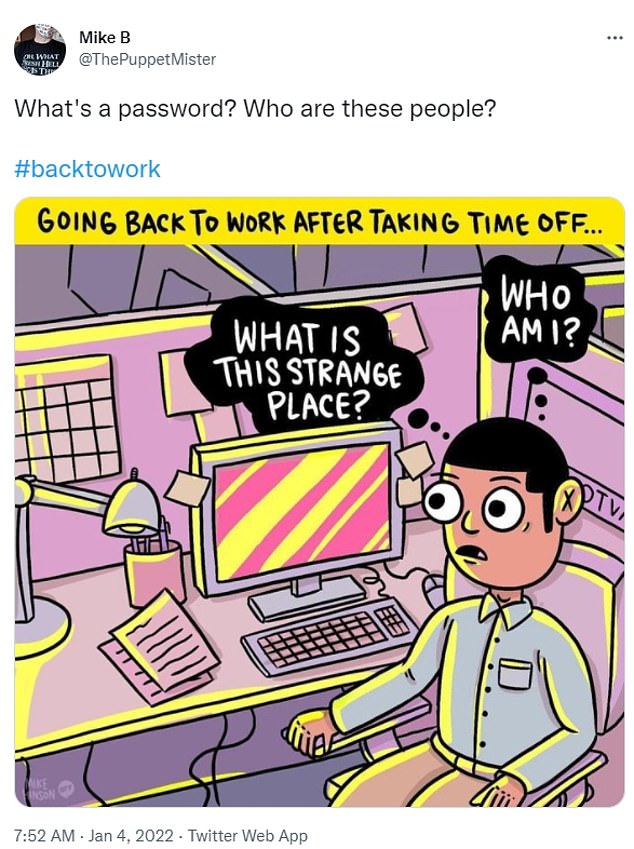 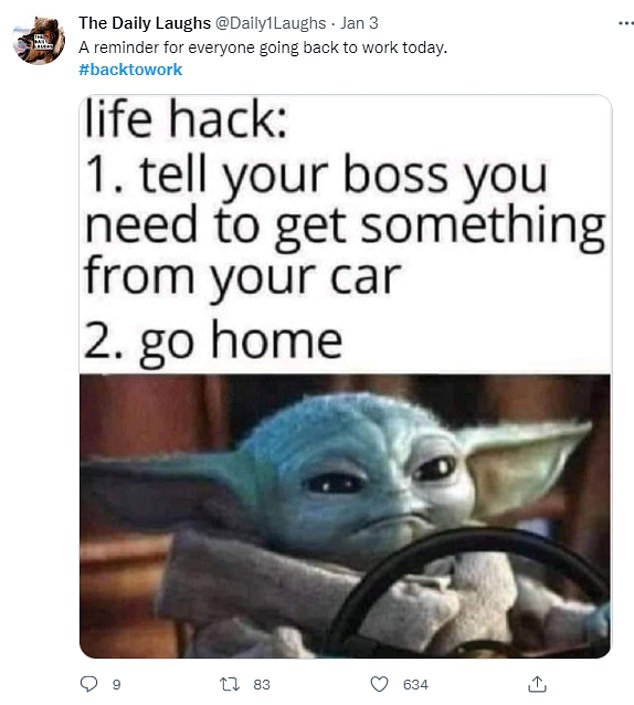 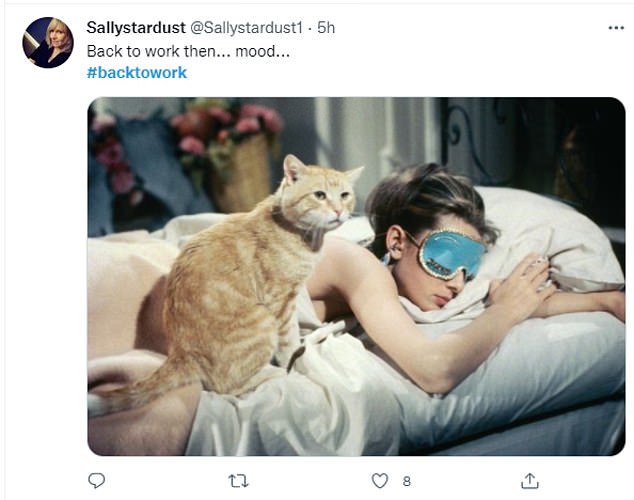 After having some time off for festivities, today marks the first day most of the country is returning to work, and many people have tweeted exactly how they feel

Frances said: ‘Currently everyone right now…’ with a gif of Kim Kardashian looking very sorry for herself in bed.

Mono said: ‘I’m not ready to go #backtowork tomorrow…’ with a crying emoji and a gif with a man crying lying on his side.

User Steven Bonaventure hilariously chose a gif of Kim Woodburn gagging at the Bushtucker Trial on I’m A Celebrity… Get Me Out Of Here! with his tweet that read: ‘Me hearing the teams call sound for the first time this year… #backtowork x’

User @Allthingsprank said ahead of today: ‘Anyone else trying to forget about tomorrow?! #backtowork’ with a picture of an adorable puppy looking down at it’s feet.

Carli Zielinkski shared a picture of an elderly woman looking angry, folding her arms, that said: ‘Realizing the holidays are over and you have to be a responsible adult again.’

The Daily Laughs shared a life hack that read: ‘1: tell your boss you need to get something from your car, 2: go home’.