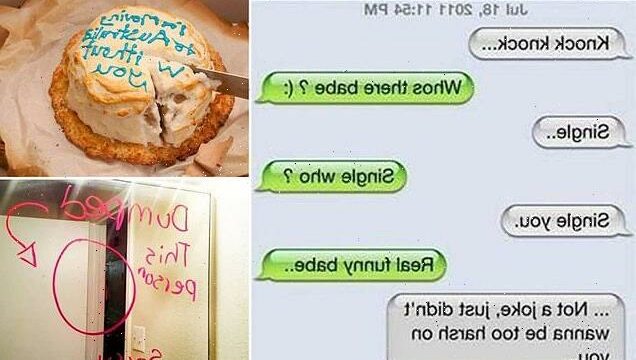 Here comes heartbreak! Snaps reveal the most brutal break-up methods – from a lipstick note on the mirror to a cake with a VERY harsh message

Breaking up is never a pleasant business, but some people were so desperate to take the sting away that they ended up doing something hilariously inappropriate.

People from around the world have taken to social media to share photos of brutal breakups, with Daily Bee rounding up a selection of the most eye-opening examples for an amusing gallery.

Among the snaps was a message on a bathroom mirror written in lipstick, saying the person seeing their reflection has been dumped.

Another photo shows someone else using a ‘knock knock’ joke to end a relationship because they didn’t want to be ‘too harsh’. 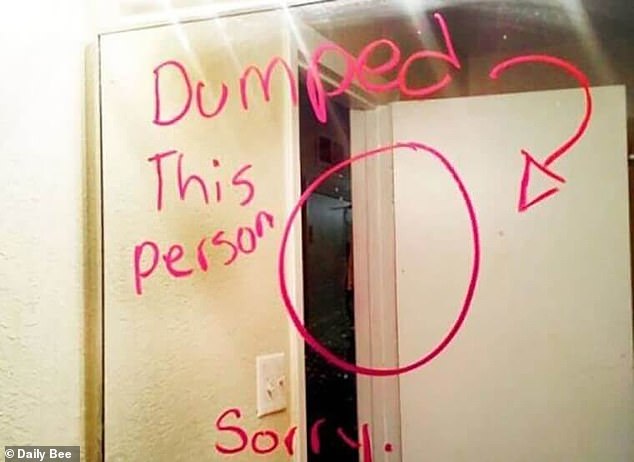 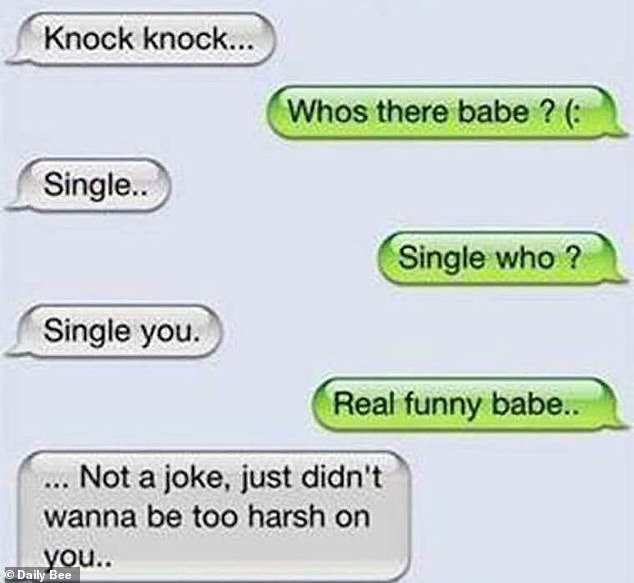 Getting the last laugh! One person claimed they texted their former partner a ‘knock knock’ joke because they wanted to breakup without being ‘too harsh’ 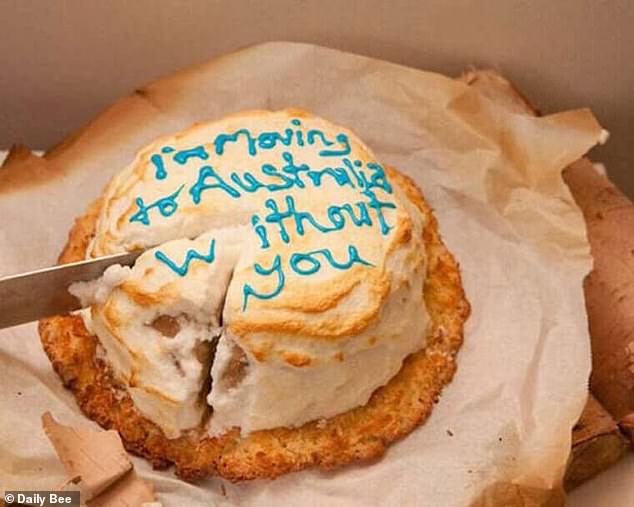 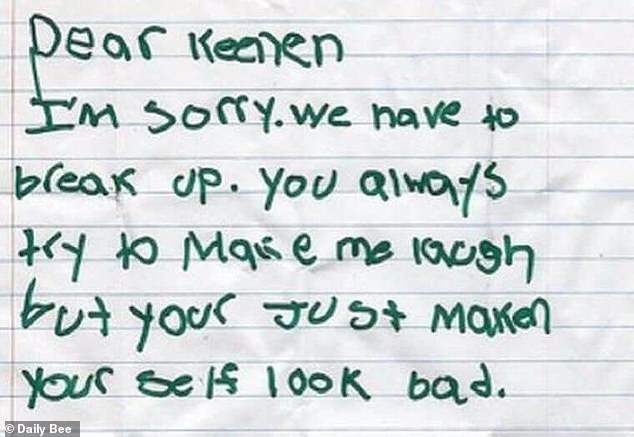 Passing the blame! A woman who was left unimpressed by the jokes told by her boyfriend said he was consistently making himself look bad 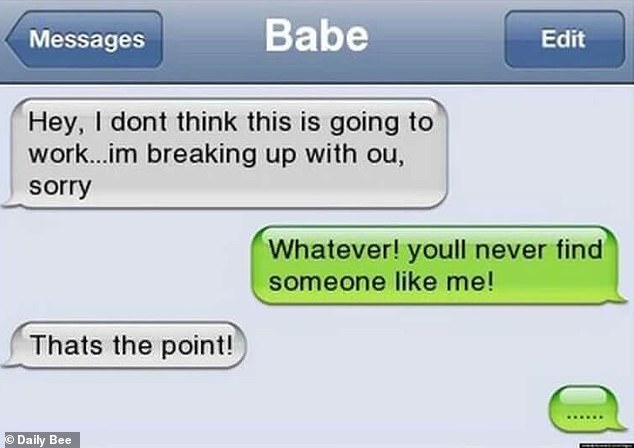 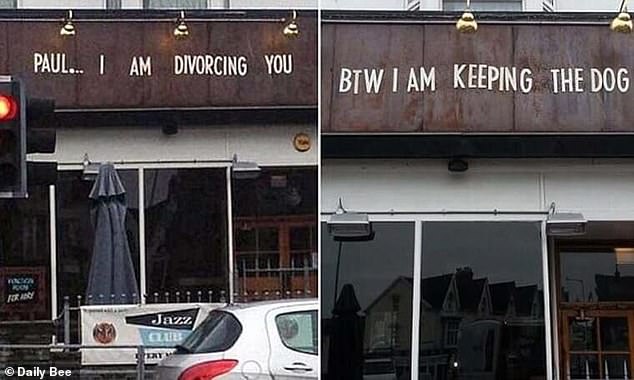 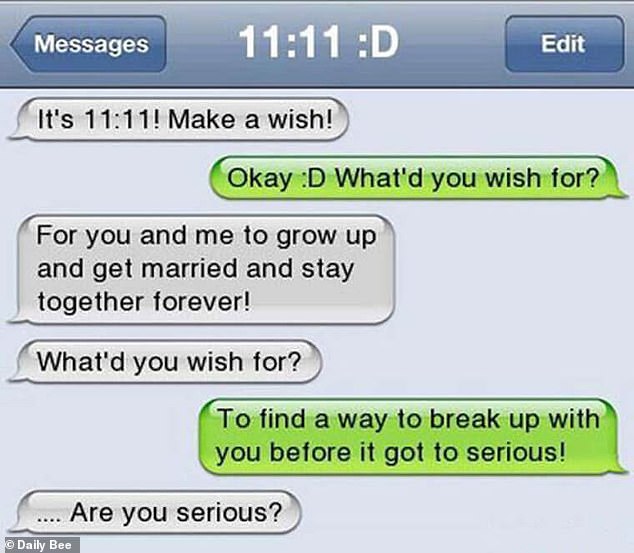 Be careful what you wish for! An individual who was dreaming of marrying their partner was left in shock after they confessed to wanting to break up before things get serious 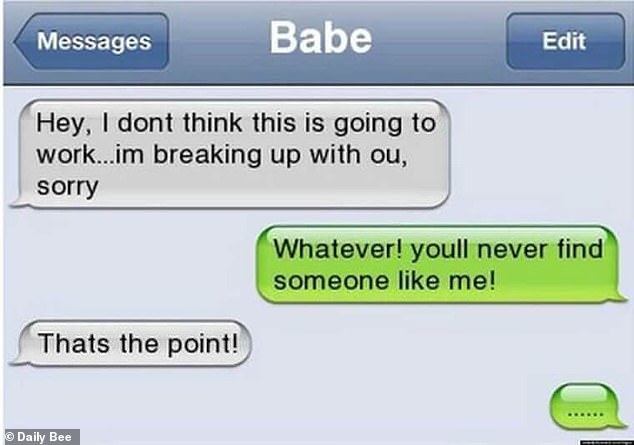 Sometimes being unique is not a selling point! A quirky personality will only get you so far it seems 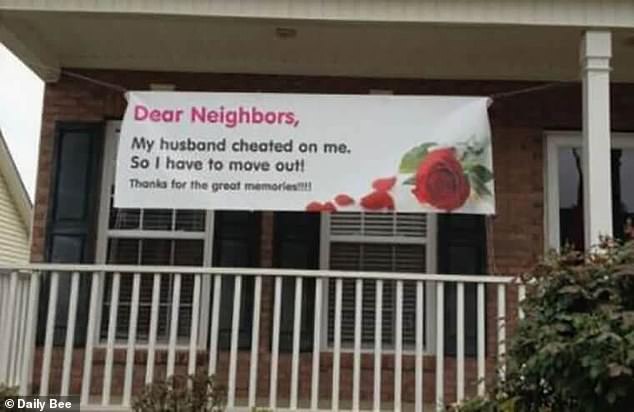 That’s one way to advertise you’re moving out! A wife in the US made sure her cheating husband was publicly shamed before she moved out 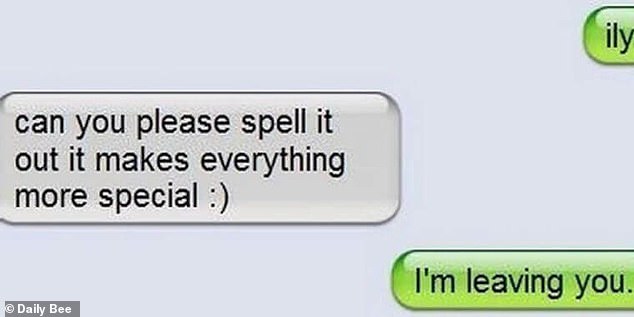 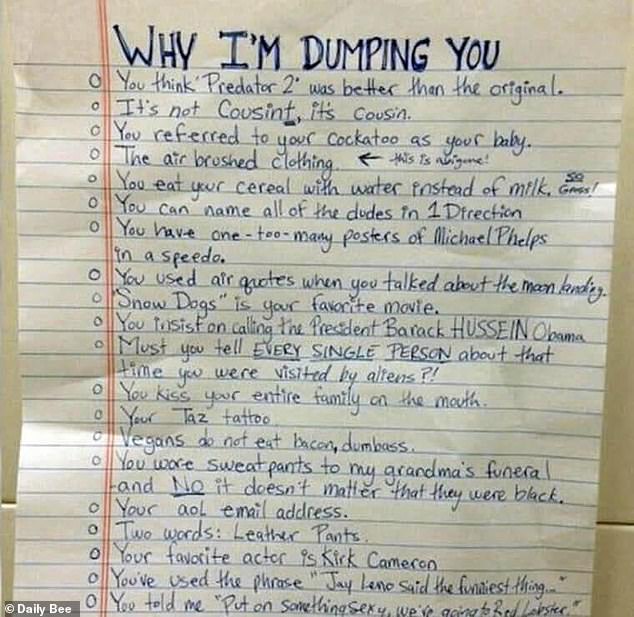 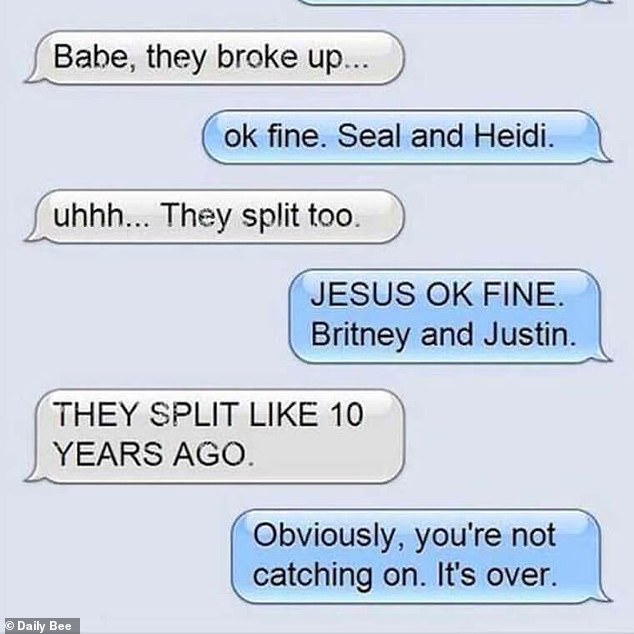 Get the message! Someone tried to let their love interest down gently by alluding to celebrity couples who have broken up but they just wouldn’t take the hint 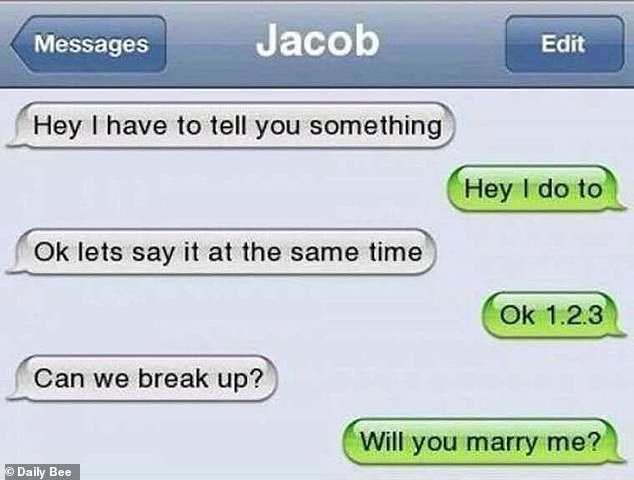