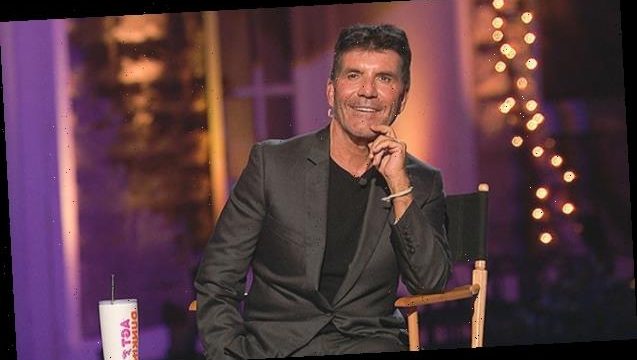 Simon Cowell is looking forward to a ‘splashy return’ after a gnarly back injury forced him off ‘AGT,’ despite being in a bit of ‘rough shape.’ An insider reveals how the judge is feeling after his back surgery, and what he had planned for his 61st birthday!

The best present for Simon Cowell, who is celebrating his 61st birthday today on Oct. 7, would be returning to the limelight. The television show judge had to take a rain check on all the live shows throughout Season 15 of America’s Got Talent after breaking his back and undergoing surgery in August. Simon even missed out on the grand finale that aired on Sept. 23! As Simon celebrates this year’s birthday in recovery, HollywoodLife was given an update on how the famous judge is feeling post-operation and how he spent this special day with his six-year-old son, Eric.

“[Simon] is doing as well as one could be after back surgery, and he knows that he really dodged a bullet and could easily be paralyzed or worse dead,” a source close to the AGT judge EXCLUSIVELY tells HollywoodLife. “So, he is counting his lucky stars and is very happy that he is able to enjoy this birthday at home in Malibu and it is as calm as it can be.” Simon’s son, Eric, has also been a huge help throughout his dad’s recovery — not just on his birthday!

“[Simon] really is enjoying this time with Eric, and he is loving that Eric is actually a big help around the house and getting things for his dad throughout his recovery. Whether it is something like a drink or food or a book, Eric is really stepping up and helping out,” our source continues. Although Simon’s grateful for both his son’s help and the success of the surgery, he was undoubtedly disappointed about his lack of screen time on Season 15 of AGT.

Eric reading his new favourite book 'Come Find Me' and it's illustrated by my friend @terrycrews!

“Today is without a doubt a blessing, but Simon is still Simon and is champing at the bit to get back to work on AGT’s future and other ideas he has that he is trying to sell,” our insider tells us. “If quarantine and COVID wasn’t happening, it would probably be worse and his fear of missing out would really be out of control. So to take advantage of all of that, when Simon is completely 100 percent, we will all know as he is looking to make a splashy return and will likely have a big interview to surround his somewhat of what some would call a comeback.”

It has not yet been announced if Simon’s returning for Season 16 of AGT, and he was already feeling down for missing a majority of Season 15. ”Simon was disappointed that he had to miss AGT and the finale. He loves being a part of the show and he can’t wait to be back next season,” our source also tells us, who admits that the judge is “still in [a] bit of rough shape,” which “one could only imagine since he broke his back.” As for what the rest of Simon’s recovery process will look like, our source reveals, “There is a lot of work still to be done for Simon to get back to 100 percent, but he is looking forward to getting back on his feet, literally. But for now, rehab and relaxation is what is needed.” Simon is “getting a little antsy” now, our source admits, but his son is helping him with “passing the time.” Our source concludes, “[Simon] loves that he can hang out with son a lot more. That is definitely a silver lining to it all.”

Simon revealed that he fell off an electric bike in the beginning of August, and at the time, his rep confirmed that Simon had “broken his back in a number of places.” We learned even more details about the incident from a source who EXCLUSIVELY told HollywoodLife in August, “[Simon] was testing the new bike pretty slowly and just in the turning circle in the courtyard of the house and as he changed gear the bike flew up in the air in a huge wheelie and he fell off backwards landing on his back.”