In an economic era increasingly defined by tax avoidance, inequality and constant disruption, it seems unlikely that financial web-spinners in expensive suits would become the poster children of TV's most popular dramas.

And yet the success of shows including Billions, about the exploits of scheming billionaire Bobby Axelrod, Black Monday, which chronicled the preamble to the 1998 stock market collapse, and Devils, about key players in an investment bank tied to the 2008 financial crisis, speaks for itself. 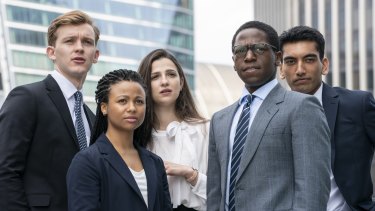 Soon to join that rogues gallery is Industry, a new British drama with echoes of This Life and Capital City, about a group of young graduates competing for a permanent position at a London investment bank.

Featuring a cast of ambitious and ethically ambiguous characters, and a pilot episode directed by Lena Dunham (Girls), Industry has won broadly positive reviews from television critics. "No one is a pantomime villain or a halo-wearing angel," The Guardian's Hannah Davies wrote. Created by Mickey Down and Konrad Kay and produced by the BBC, it is due to premiere on Foxtel's streaming platform Binge on February 1.

HBO's The Wizard of Lies, about the Bernard Madoff case, the Amazon digital currency/crime drama Startup and films including The Wolf of Wall Street and Greed, which both exploit and satirise personalities in the world of high finance, are other parts of an expanding money mosaic. Even shows like Succession, about a media dynasty, and the political thriller House of Cards, share DNA with the genre.

The success of finance world dramas is borne out of the suspicion which naturally surrounds the personalities who sit at the centre of it, says actor Damian Lewis, who plays Bobby Axelrod in Billions. That show consciously borrows from the headlines, particularly the high-profile investigations led by former New York attorney Preet Bharara. 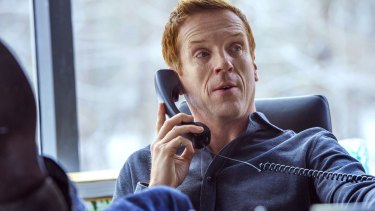 "There is greater suspicion about billionaires and about wealth and accumulation of wealth, because people are asking for the first time, excuse me, how did you become a billionaire exactly, because I just lost my house?" Lewis says.

"That's an interesting transitional point [but] having said that, I think there will always remain a certain rock and roll element to the guy with the money and the fast car and I think that is more prevalent here [in the United States]."

Devils, which is based on the best-selling novel by Italian trader Guido Maria Brera, uses the 2008 financial crisis as its backdrop and revolves around the relationship between the bank's ruthless head of trading, Massimo Ruggero (Alessandro Borghi) and his mentor, the bank's chief executive Dominic Morgan (Patrick Dempsey).

Nick Hurran, who produces Devils, was spurred on by a rage that was borne out of reading Brera's novel, he says. The novel knits together a set of seemingly unrelated events, including the Strauss-Khan scandal, which involved French politician Dominique Strauss-Kahn, the Libyan civil war and the more recent European debt crisis. 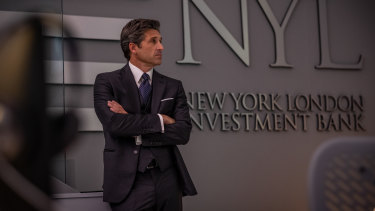 "I have spent the last few years on really big science fiction projects, so I was really yearning to do something that had a human story, I read Guido's novel and it made me angry," Hurran says. "But then it inspired me to tell the story of how people are affected by a global financial system that is broken and still impacting on lives around the world."

There is also a moral ambivalence to anti-heroes such as Bobby Axelrod, who is presented both as a character who is uncharitably ruthless, but at the same time, generous when it comes to charitable causes. That makes them both complex and appealing, Lewis says.

"I think a dramatic device that is being used here is that if you give people enough need, desire, want, viewers enjoy that, viewers enjoy that embodied in the lead characters and we enjoy watching the desperation, the compromise, and the ambiguity that that throws up in their lives," Lewis says. "That's where the dramatic stakes are. The fact that shysters do shystery things doesn't make you like them less, weirdly, within a dramatic context." 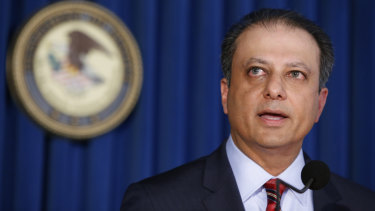 "We talk a lot about having the edge in this show [and] the edge is clearly euphemistic when we talk about having the edge," Lewis adds. "The guys who I met all talked about being risk averse, meaning you have enough information to mitigate against all risk before you make your bet. If he is attractive at the same time as being reprehensible, I think that's down to the skill of these guys."

Lewis believes the genre has flourished because of the heightened storytelling it uses, but also the moral ambiguity of the key characters. Instead of making a presumption of good or evil, the storytelling leaves the audience with uncertainty.

"It's not stylised but it's heightened, and everybody speaks in these long sentences," Lewis says. "It's a little bit like Hamlet. They tend to speak in soliloquies, they sort of wonder [whether they will take a particular action] and they share it with someone else. There is a Shakespearian quality to it in the way they communicate." 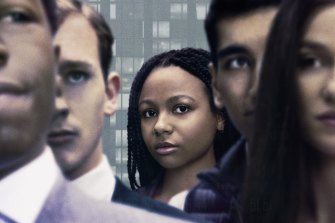 Industry follows the lives of a group of young investment bankers.

"Even though the show occupies a moral grey ground, good people are doing bad things, and bad people are doing good things, but at the same time you get the sense that there's good and there's bad, and they exist as entities in themselves, and these guys will sort of negotiate themselves back and forth between them," he says.

Another key element, according to Billions producer Brian Koppelman, is the audience's perspective on the intersection of class, power and privilege.

"We can all understand, if not excuse, many crimes committed by people in desperate places," Koppelman says.

"But for people who have privilege and the world at their fingertips, and by that, I mean, even the average white collar criminal, they may not be wealthy ahead of time but they're probably living some place where they're not imperiled. That's the sort of societal, socially important reason. The other reason is watching kings who need even more. That's why we're fascinated to tell the story."

Find out the next TV shows, streaming series and movies to add to your must-sees. Sign up to get it every Thursday.