There are few people in the arts and entertainment industry with a CV as impressive and varied as that of Kitty Flanagan. 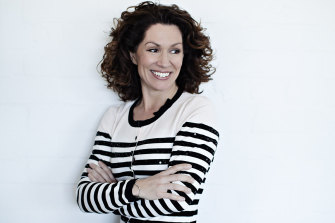 Kitty Flanagan, she of many talents.Credit: Supplied

Since making her TV debut on Channel Seven’s 1990s sketch-comedy series Full Frontal, Flanagan has demonstrated her talent and versatility. She’s a gifted soloist who also plays well with others.

From the early TV comedy days, she’s gone on to contribute reliably inspired segments to The Project and The Weekly with Charlie Pickering; made regular appearances on Have You Been Paying Attention?; and been a standout for the same producers, Working Dog, on the comedy Utopia, in which she plays implacable public-relations manager Rhonda.

In between she’s toured stand-up shows and written two books; the most recent, 488 Rules For Life: The Thankless Art of Being Correct, grew from her work on The Weekly.

Before turning to comedy, Flanagan was fired from her job as an advertising copywriter and that industry’s loss has been our considerable gain. Full Frontal has proven to be a fertile training ground that also gave us Daina Reid, who’s become one of the country’s most highly sought directors, Shaun Micallef, Kim Gyngell, Eric Bana and Julia Morris. 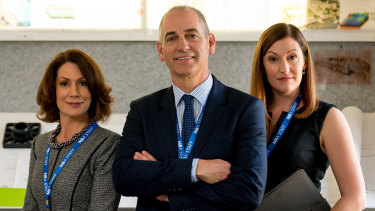 With her stints on The Project and The Weekly, Flanagan resisted out-staying her welcome. In the best showbiz tradition, she left us wanting more. On Have You Been Paying Attention?, she’s been a firecracker contributor who can be relied upon to deliver a zinger of a comeback.

On the inspired bureaucracy satire Utopia, she’s helped to turn Rhonda into one of Australian TV’s great supporting characters, a shame-free purveyor of corporate jargon and weasel words. Rhonda is blithely unperturbed by the fact that nothing is being achieved as long as the publicity can be spun to make it appear that it is.

Now the national treasure has done it again, with the deftly accomplished sitcom Fisk (Wednesdays, 9pm, ABC and iView). Continuing her screen evolution, she’s taken on a genre that, in recent decades, has been fearfully regarded locally. Commercial free-TV networks have seen sitcoms as a risky proposition to be assiduously avoided, and the ABC and SBS have invested sparingly. 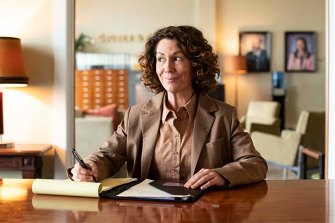 The series features a classic yet clever construction with a well-chosen core cast and ample space for guest stars to arrive with each case that comes in the office door.

Among the regulars are Marty Sheargold and Julia Zemiro as Ray and Roz, the brother and sister running the firm, although Roz has been suspended from the profession and is therefore limited to office-manager duties. Joining them is well-meaning clerk and self-appointed webmaster George (Aaron Chen).

The series was written by Flanagan with her frequent collaborator, her sister Penny, with whom Kitty also sometimes sings (yes, she can do that too). And they’re smart enough to include a cute dog in the mix. As well as containing beautifully observed comedy and some deliciously sharp dialogue, their series is disarmingly warm-hearted.

A dispute in the first episode, for example, features the tightly wound Ruth (Alison Whyte) who wants to prevent her brother (Robbins), a penis painter who has five children by five different women, from sharing in their mother’s inheritance unless he gets a vasectomy.

Following various mishaps, the episode ends with Roz happily getting her portrait painted by the aforementioned artist. Meanwhile, Helen and Ruth, perched on milk crates at the back of a convenience store, bond over cheap coffee and shared grief at the loss of a parent.

Helen has been banned from the local cafe – apparently a regular occurrence, according to her ex-husband (Bert LaBonte), who appears in the third episode – but that’s another story. The third episode also features Colette Mann, productively taking time away from Ramsay St to steal her scenes as a daffy, sly kleptomaniac. 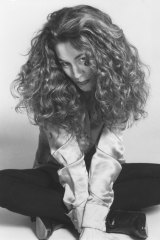 Kitty Flanagan in 1996, the era of Full Frontal.

While some of her recent work has focused on her (many) suggested rules for a good life in a civilised society, in person there’s not a hint of the strident rule-maker. As an interview subject or at work on-set, Flanagan is humble, courteous and hard-working. As a screen presence, she’s spirited, funny and continually evolving.

Whatever she does next, which hopefully will include another season of Fisk, it will be worth watching.

Find out the next TV shows, streaming series and movies to add to your must-sees. Sign up to get it every Thursday.