Sharon Stone is sporting a sexy spin on the LBD.

The “Ratched” star, 63, was spotted shooting a Dolce & Gabbana campaign in Venice on Friday, modeling a series of sheer black styles.

She posed inside a restaurant wearing a figure-hugging lace paneled dress, before heading outside in a different dress of the same color with long sheer sleeves.

In addition to modeling alongside men, she snapped solo shots in St. Mark’s Square, perhaps subtly nodding to her iconic “Basic Instincts” scene with her cross-legged pose.

She rocked pants for the Italian photoshoot too, showing off her abs as she teamed a black strappy bra with belted trousers. 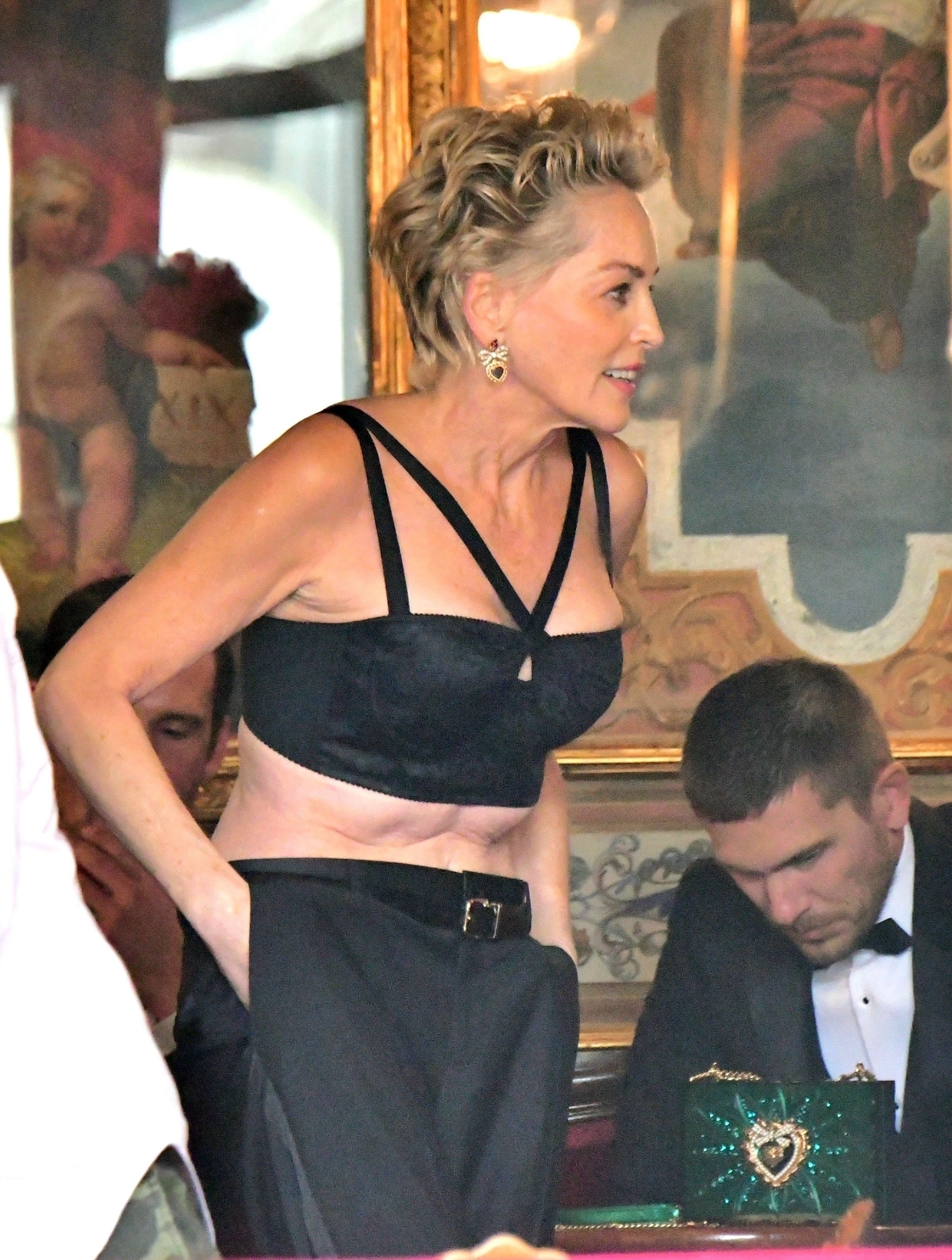 Sharon Stone also showed off her abs in a black lace bra. 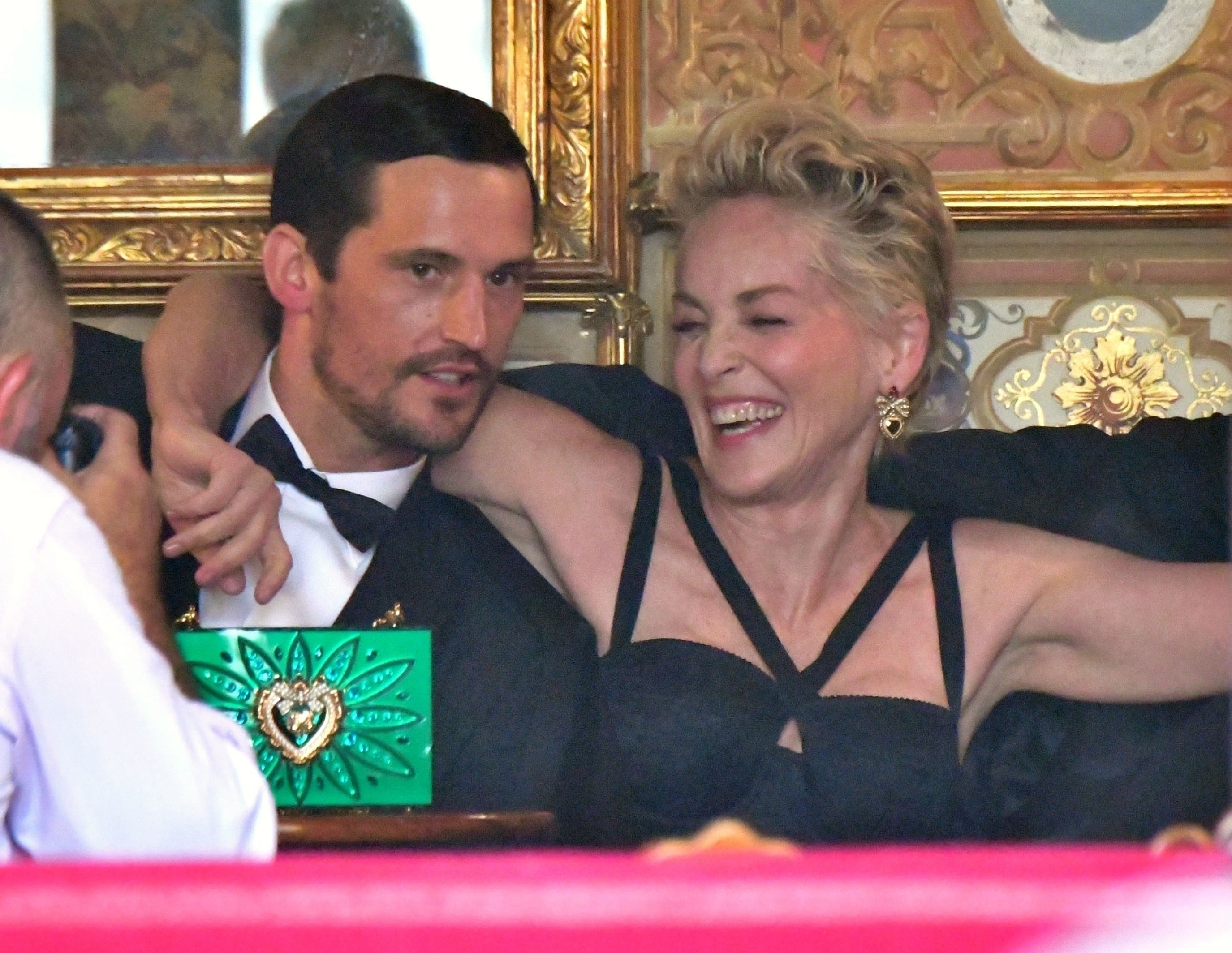 She paired her all-black ensemble with a bright green purse. 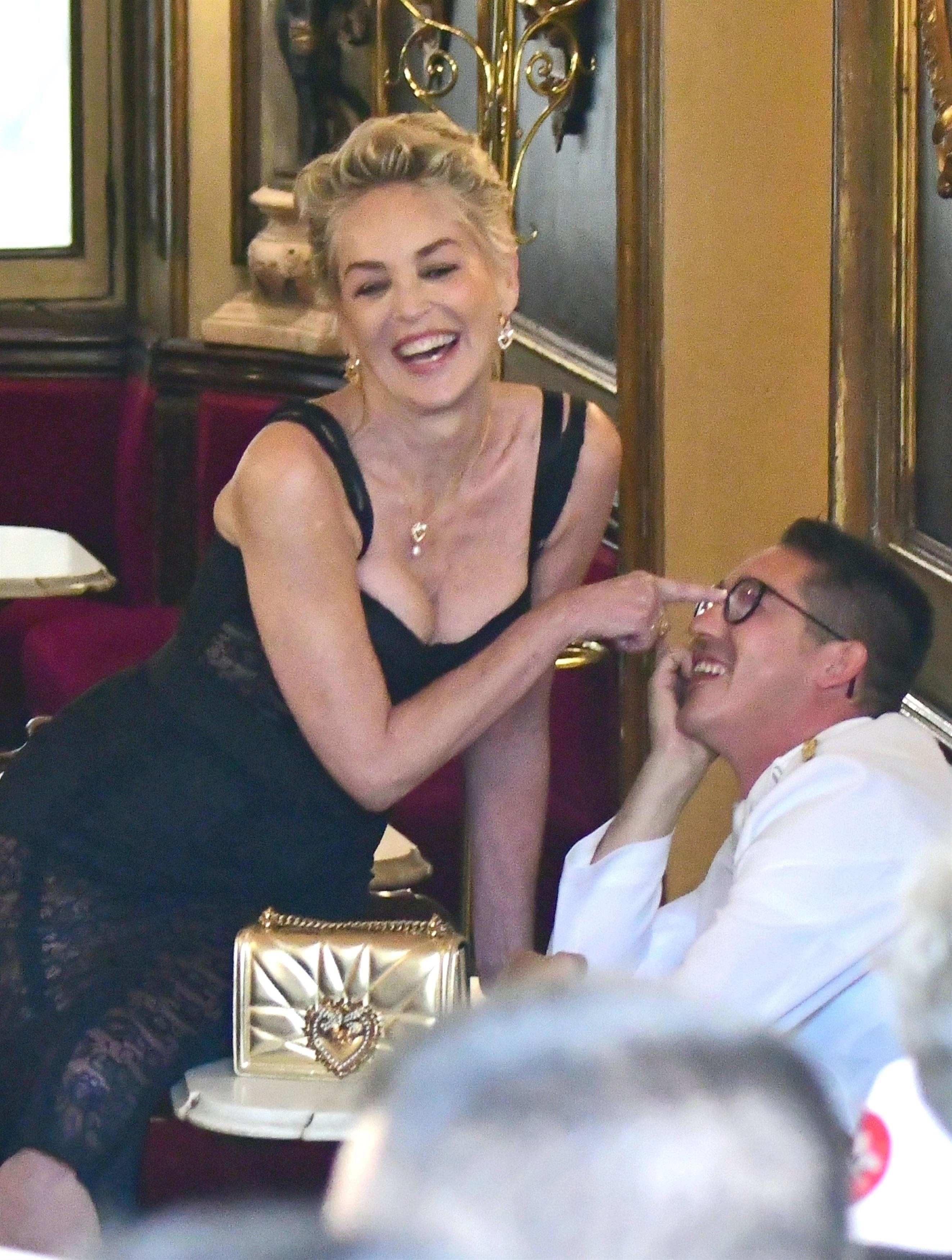 She modeled alongside men in addition to posing for solo shots. 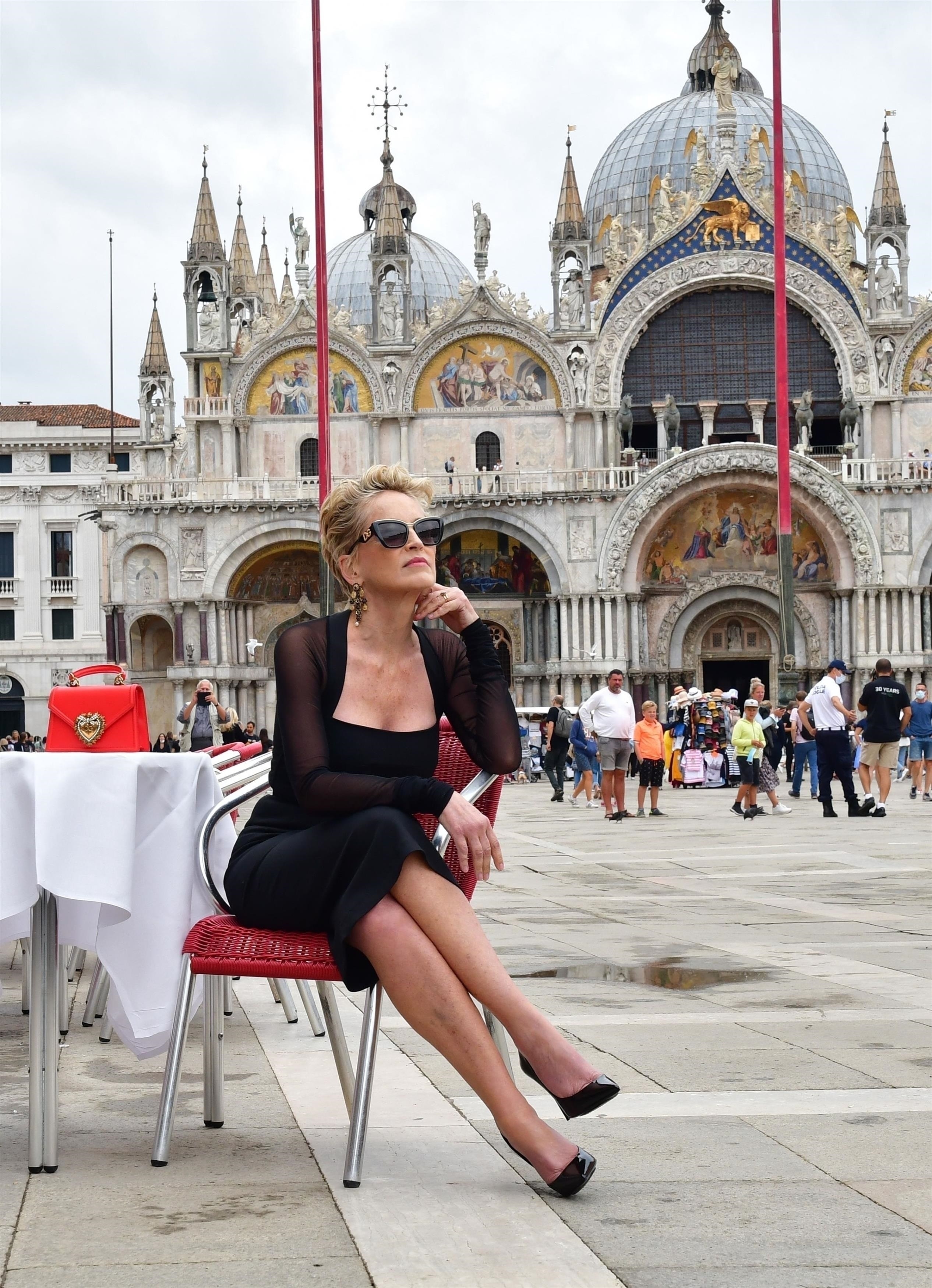 She struck a pose in St. Mark’s Square, crossing her legs in a chair. 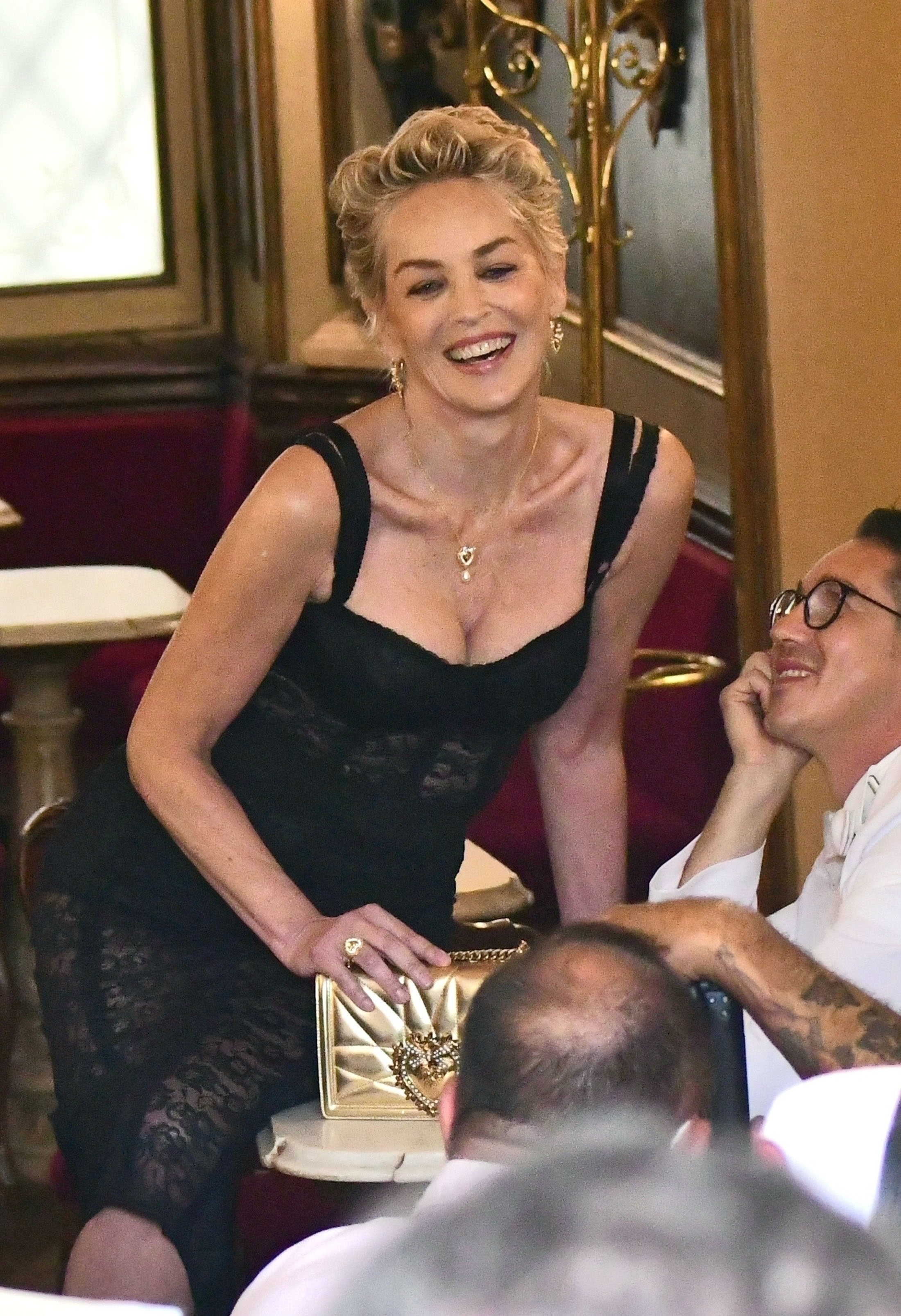 She smiled for the camera while modeling a sheer lace dress and golden purse. 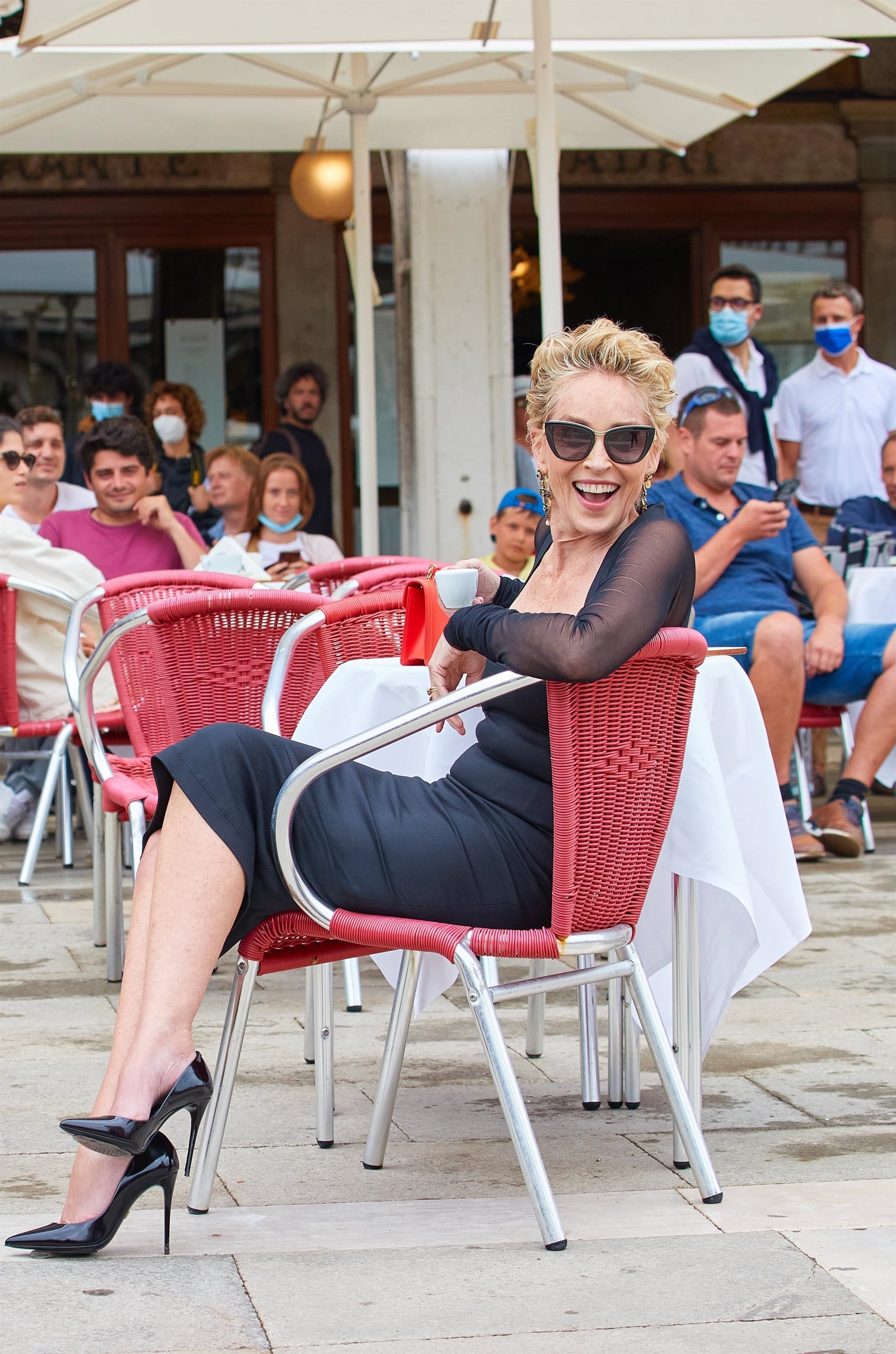 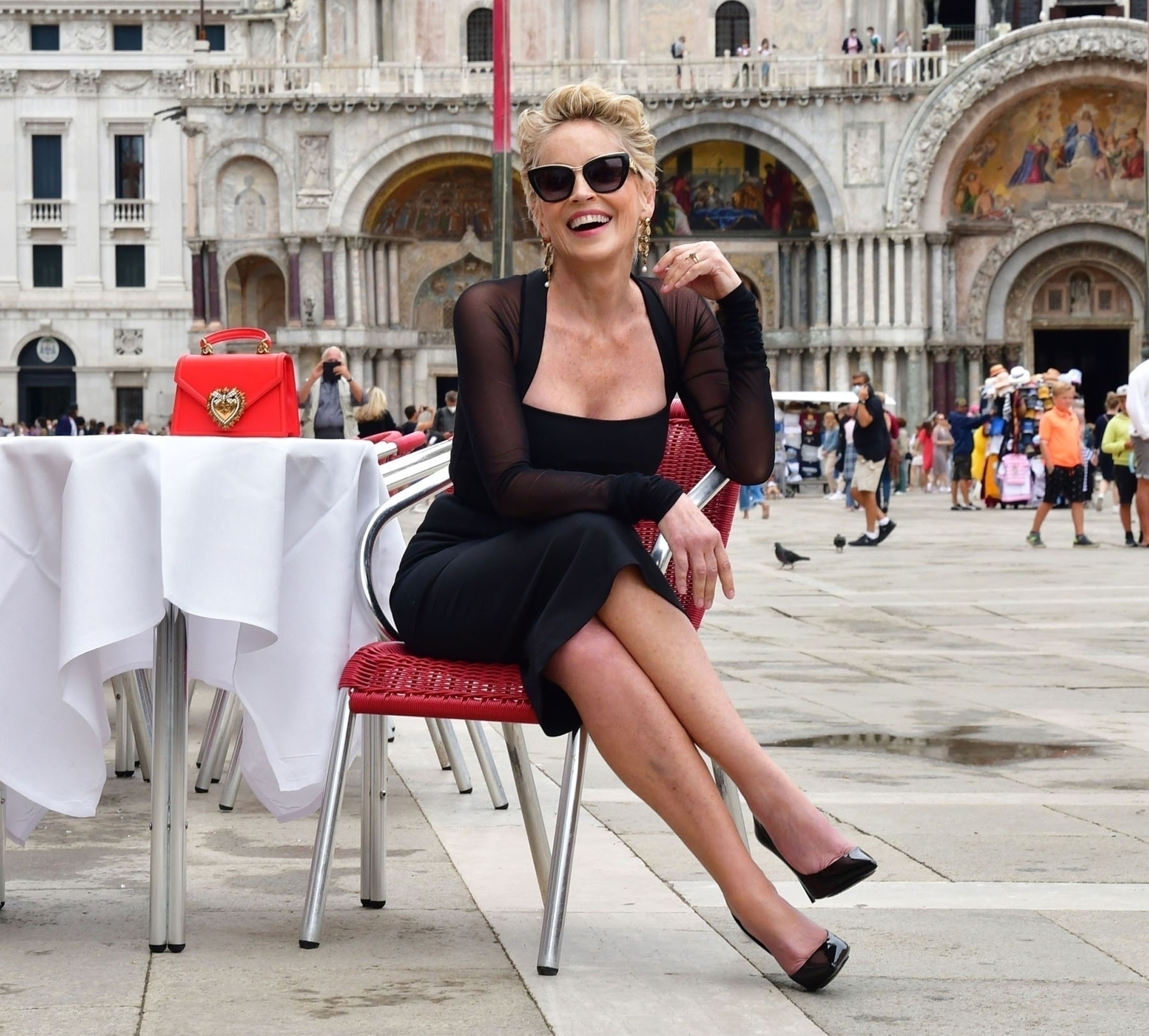 She wore a Dolce & Gabbana dress to the Cannes Film Festival in July.