The federal government’s “robo-debt” scheme has been lashed as a “shameful chapter” in Australia’s treatment of its poorest people by a Federal Court judge who on Friday approved a settlement worth more than $1 billion for people affected by the faulty system. 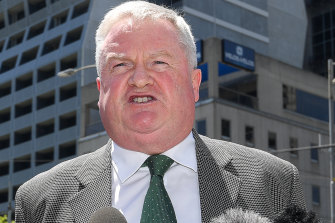 Gordon Legal’s Peter Gordon (right) led the class action against the government on behalf of welfare recipients who were unlawfully forced to repay money.Credit:Justin McManus

The Coalition’s robo-debt system aimed to save taxpayer money but relied on a flawed method of calculating debts to assert people owed money from welfare overpayments.

It claimed more than 500,000 illegal debts through the scheme, including some that were generated even after the government was repeatedly told it was unlawful, and pursued others with external debt collectors.

There are 648,000 members in the class action group, though not all will receive a cut of the settlement.