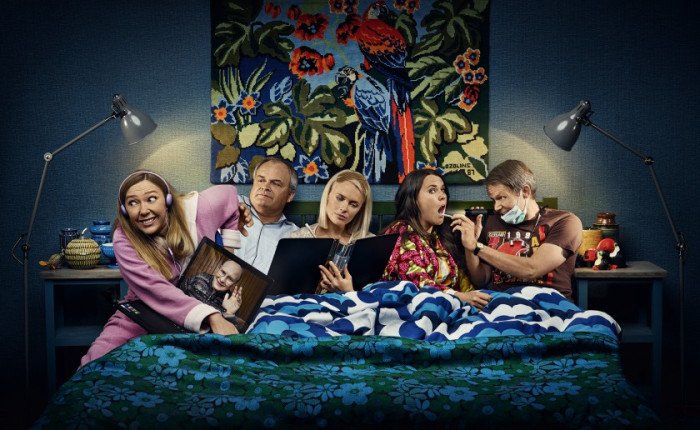 As it seeks to bolster its production input, the centenary Nordic major SF Studios has acquired a majority stake in thriving Swedish outfit FLX, the company behind the Netflix show “Quicksand” and some of Sweden’s most popular series, including “Solsidan” (pictured), and the popular movie “The Hundred-Year-Old Man Who Climbed Out the Window and Disappeared.”

Under the deal with SF Studios, FLX’s founder Felix Herngren and CEO Pontus Edgren will remain significant shareholders and keep spearheading daily operations at the company which will continue operating as an independent production company under its own brand. The pact has yet to be approved by the Swedish anti-trust board.

Michael Porseryd, CEO at SF Studios, pointed that both companies have been collaborating for several years as part of a distribution deal covering the theatrical release of FLX’s movies. “This is the next step bringing us together,”

“The team at FLX, headed by Felix Herngren and Pontus Edgren, is among the most talented in our industry. Continuing to lead and develop the film and TV industry together with them will be very exciting and inspiring,” added Porseryd, who is now chairman of the board at FLX.

After successfully running FLX together for the last 6–7 years, Felix Herngren and Pontus Edgren said that “time (had) come for a new chapter in the company’s history.”

“SF Studios is a very strong player in the Nordic region with international ambitions. With SF Studios as a majority owner in FLX, we will strengthen our opportunities within distribution and in addition increase our possibilities to bring FLX’s productions to the international market”, said the pair.

“The transaction is a very important step in SF Studios’ ambition to be the leading production company of feature films and TV drama in the Nordic region, and to establish the company as a leading studio in Europe,” said Porseryd.