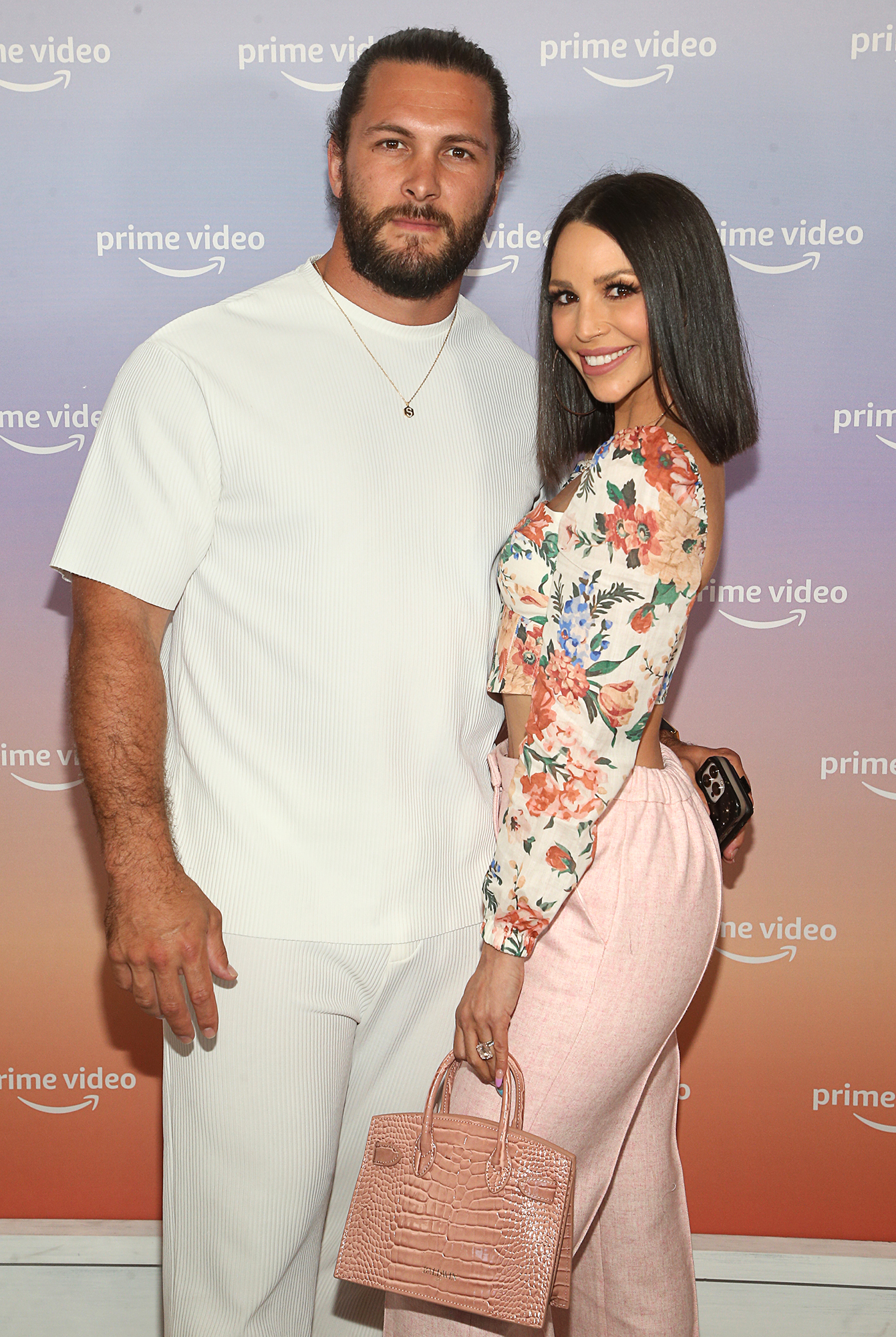 Almost time! Scheana Shay and her fiancé, Brock Davies, are ready to tie the knot — and their wedding is happening sooner than you might think.

Celebrity Weddings of 2022: See Which Stars Got Married

“It’s coming up really quick,” the Vanderpump Rules star, 37, exclusively told Us Weekly at the Schwartz & Sandy’s opening party hosted by DailyMail.com and TMX on Tuesday, July 19. “Next month.”

The Bravo personality added that she and the personal trainer, 31, are having their ceremony in Cancún, Mexico. The duo, who got engaged in July 2021, have also enlisted their daughter Summer, 14 months, as a flower girl.

“She’s a flower girl in training,” Brock joked to Us, explaining that the toddler hasn’t yet learned the art of restraint. “We bought off Amazon this little basket and then petals, and we’re teaching her to throw the petals. She’s gotta dial it in. So, we’ve got sessions every day.”

As for the wedding dress, Scheana has two picked out: one for the ceremony and one for the reception.

“I have one long dress, and then the second one is shorter because our afterparty’s in a cenote,” she explained. (Cenotes are sinkhole lakes common in Mexico’s Yucatán Peninsula, which is home to Cancún.)

The California native noted that she thinks the whole Pump Rules cast will be in attendance, though she quipped that things could change now that filming has started.

“We’ll see how the next week goes,” she told Us. “There’s always drama.”

Shooting for season 10 just began earlier this month, but there’s already been some tension behind the scenes. Last week, Lala Kent told Us that she was on the fence about filming new episodes until 24 hours before cameras started rolling.

‘Vanderpump Rules’ Cast: Then and Now

“I say, like, ‘I’m done’ because it is extremely draining to film a reality TV show. We started filming two days ago. I literally was still deciding if I wanted to come back the night before we even started,” the Give Them Lala author, 31, exclusively told Us on Friday, July 15. “I was ping-ponging. I’m like, ‘Do we do this? Do we not do this?’”

Though the Give Them Lala Beauty founder is still dealing with the aftermath of her split from ex-fiancé Randall Emmett, she’s now in a good place with Scheana — and she thinks that will come through in the new episodes.

With reporting by Hannah Kahn