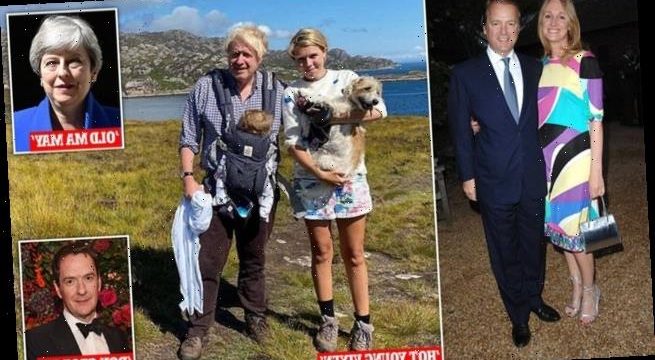 SARAH VINE: She is happy to spread mischief and scandal… but as Sasha Swire prepares to publish diary detailing her life as wife of former Foreign Office minister Sir Hugo Swire, I hope she’s got her tin hat on 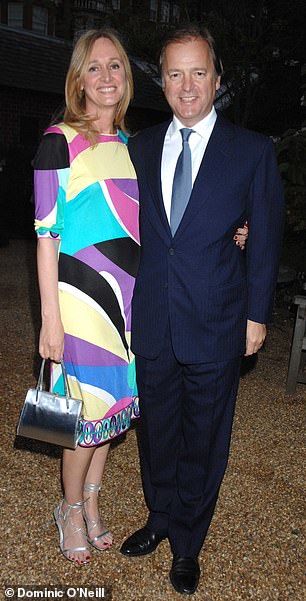 I can count on the fingers of one hand the number of times I’ve met Sasha Swire, the wife of former Tory MP Hugo Swire whose sensational memoir, Diary of an MP’s Wife, was the subject of an interview with her this weekend

I can count on the fingers of one hand the number of times I’ve met Sasha Swire, the wife of former Tory MP Hugo Swire whose sensational memoir, Diary of an MP’s Wife, was the subject of an interview with her this weekend.

But to be honest, once would have been enough.

She is one of those women who leaves an indelible impression on the mind, a force of nature whose innate self-confidence and complete inability to self- censor makes her the centre of attention at any social gathering.

She certainly used to make me feel like a bit of a wallflower, and that’s no mean feat.

A big part of it, I think, was to do with class: She has that effortless, unconscious entitlement common among the British upper classes, that unbridled sense of self-importance that comes with growing up around power.

And, judging by the interview and extracts, she hasn’t changed. Still as mischievous as ever, still fond of her own opinions and unsparing in her criticism of those – invariably almost everyone – found wanting.

The daughter of the former defence secretary and one-time Lazard bank chairman Sir John Nott (who, as it happens, has form when it comes to racy memoirs, once confessing that he fancied Margaret Thatcher something rotten), she is married to Old Etonian Hugo Swire, whom David Cameron fired as shadow culture secretary after he intimated that the Conservatives might put an end to free museum entry.

At the time Sasha was furious and made no secret of the fact – something I rather respect her for.

But it was always understood that Cameron, a fellow Etonian, would make it up to his old pal Swire. He never made it into the Cabinet – but Cameron did knight him in his resignation honours list.

Indeed the Swires were a key part of the support network the Camerons fell back onto after the fallout from the 2016 referendum (Hugo toyed with the idea of coming out for Brexit, but in the end decided to support Dave instead). They were guests at the Camerons’ house in Cornwall just a few weeks ago.

So quite how this book will go down in their immediate social circle is anyone’s guess. But judging by the messages I had yesterday from various mutual friends, not entirely favourably. 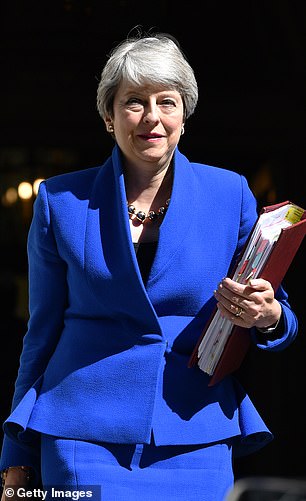 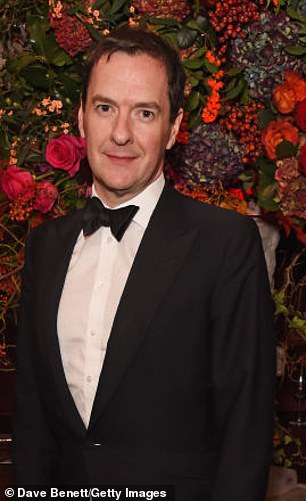 Theresa May is described as ‘Old Ma May’, while George Osborne becomes ‘Boy George’ in the book.

One described it as ‘an act of social suicide’, another as ‘baffling’. Another said, ‘Sasha always felt that Hugo should have been in the Cabinet. She never quite forgave Dave for that. Perhaps this is her revenge.’

Who knows. Perhaps she just needed the money, but more likely, I suspect, is her desire to be seen as a writer in her own right. Certainly allowing herself to be photographed next to a prominent copy of the Alan Clark diaries gives you a sense of how she sees herself.

And she has written at least one literary novel (not bad, by all accounts) that has never been published, and when interviewed she was keen to mention its existence. Perhaps her hope is that this will now see the light of day.

Nevertheless, it does seem odd that someone whose position in society has always been of paramount importance should choose to spill the beans so dramatically. I wonder if, because of the breezy confidence her background has instilled in her she may have dramatically underestimated the ripples this may cause.

Swire herself grew up in London, living in the family’s grand house in Chelsea but also, for a while, in Admiralty House in Whitehall when her father was defence secretary under Thatcher.

According to another mutual friend she harboured ambitions of being an ‘It girl’; that never quite transpired, possibly because in truth she’s more country than town, the kind of woman who makes a pair of wellies look impossibly sexy, and who talks enthusiastically about ‘bonking’ – more Jilly Cooper than Candace Bushnell, if you know what I mean.

I certainly always got the impression that she thought the whole lot of us were utter fools, and that she and Hugo were the only people with any iota of sense. And I’m not sure she was even that certain about Hugo.

If I recall rightly, the first time I encountered her was at supper at the Camerons house, in their old place in North Kensington, probably circa 2005.

Those suppers were always fairly convivial, relaxed affairs, but I remember her being amazingly confident in her own opinions and, it seemed to me, overtly and unnecessarily combative.

She had a way of haranguing people, particularly men, that hovered somewhere between a come-on and a punishment beating.

Poor things never quite knew how to respond to this rangy blonde with legs that seemed to go on forever.

Hugo would look on in abject adoration as she held forth with breezy confidence about everything, from welfare cheats to the Big Society.

I’ve not had sight of the book itself. In the extracts published she describes me as ‘always meddling’, and she pooh-poohs my friendship with Samantha Cameron, painting me as some sort of willing skivvy, making fish pie while Samantha swanned around being glamorous. 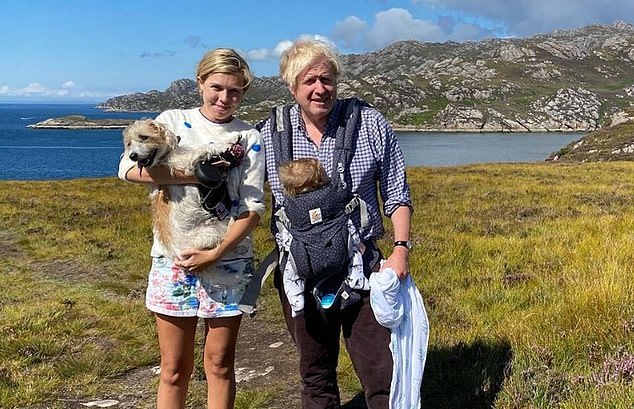 Sasha Swire’s candid journal about her life as wife of former Foreign Office minister Sir Hugo Swire is due to be published next week. In it, she calls Boris Johnson a ‘calculating machine’ and his partner Carrie Symonds a ‘hot young vixen’

I honestly don’t recall ever making fish pie for Samantha, in fact I don’t think I’ve ever made a fish pie in my life (not one you could serve to guests at No10 Downing street, at any rate).

As to being Samantha’s skivvy, yes it’s true I used to help her out – but only insofar as good friends do when life gets busy and complicated.

There were many during those years who saw our friendship as a threat to their own sphere of influence, and it would appear that Swire was one of them.

But perhaps what’s most disturbing – and many of those I spoke to yesterday about the book echoed this sentiment – is the calculated nature of these diaries. The idea that, after every dinner party or weekend away, she was recording events in a manner designed clearly to be malicious, feels somewhat sinister.

Over the years people have often asked me if I’ve been keeping a diary, but the truth is I have not (more fool me, if the rumours of the large advance she received are true).

I’ve done and witnessed some incredible things in my time, and while I’m always happy to share some of the more harmless anecdotes of my existence (often with readers of this newspaper), there are some which will forever be out of bounds to all but those concerned.

And that’s the trouble with these kinds of memoirs: No one’s interested in reading about the good times; being nice doesn’t sell.

To be successful you have to be as uninhibited and unsparing in detailing the foibles of others as possible. And, judging by what I’ve read so far, Sasha has certainly managed that.

No doubt these diaries will provoke a good deal of mischief and scandal. Inevitably, though, there will be a price to pay and, as someone who has seen first hand what a rough old game politics can be I do hope for Sasha’s sake she’s got her tin hat firmly on.