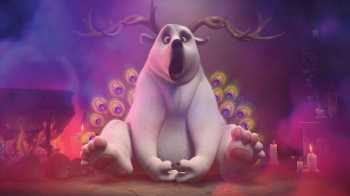 Russian animation work, even during the Cold War, found its way to European TV screens, where characters were dubbed but fairy tale-inspired toons had deep appeal to non-Russian kids. These days, despite impressive digital wizardry and a multitude of new platforms, character and story are still the special sauce that make toons from the East succeed abroad, say producers.

Competition will be lively at Cannes for hot new titles with growing interest in new Russian animation work — just one indicator is Netflix’s buy of the series “Leo and Tig” and “Be-Be Bears” from Moscow-based Parovoz last fall as part of its strategy to beef up children’s programming. The two seasons of shorts, about animal adventurers, have done well with kids worldwide.

“Now we’re waiting for the release of the fourth installment in China,” she adds, and she anticipates interest from U.S. distributors.

Wizart is also premiering “Hansel & Gretel” at the Cannes Market, Pokorskaya says, “and we’d like to shine a light on a second installment of ‘Fantastic Return to Oz’ by Russia’s largest animation studio, Melnitsa, which follows up on a 2017 edition of the animated tribute to the Depression-era U.S. classic.” Wizart is in talks for deal with an unidentified U.S. distributor.

Wizart and Melnitsa earned nearly $7 million in world sales their first time around after Wizart organized theatrical releases in China, Korea, Latin America, Germany and the U.K., among other territories.

In the new version, Dorothy and her dog Toto go back to Magic Land to take on the evil Urfin Jus, who is trying to take over Emerald City.

U.S. streaming platforms are driven by audience numbers showing that viewership for youth-oriented shows is far higher outside the U.S. than within it, and Russians have been quick to adapt to international openings. Russian content creators have built global audiences — sometimes reaching 100 countries for such series as Oleg Kuzovkov’s “Masha and the Bear,” a YouTube sensation based on traditional folk tales produced by Moscow’s Animaccord Animation Studio, now in its third season.

Their new film, the 3D feature “The Big Trip,” now out on Russian screens and just released theatrically in Turkey, set records for a non-franchise animated pic, Pleshkov says.

“If the story is good, fun and entertaining, and the quality is on a high level as well,” he posits, “you’ll have success. Everywhere. If any of these components are missing — you are in trouble.”