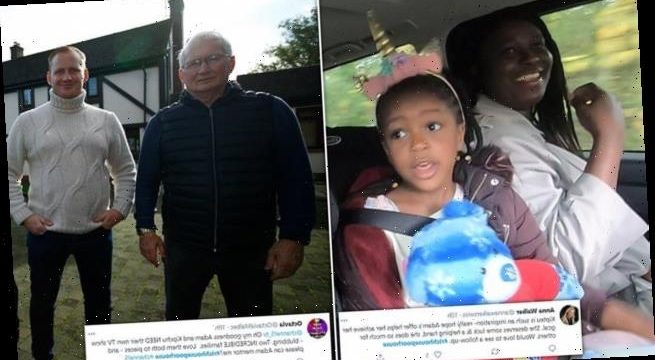 Kiptieu, who came to the UK fleeing the war in Sierra Leone, lives in Abbey Wood, London, with her three children in a small two-bedroom council flat.

Her husband died, and the mother-of-three admitted on the show she struggled financially after losing her job due to Covid-19 in 2020, surviving on £70 a week.

She swapped houses and budgets with businessman Adam and his father Ian, from Essex, for the Channel 5’s new season premiere of the  observational series where struggling and wealthy families get a taste of how the others live.

Adam, who made his fortune thanks to several successful businesses, and who has a disposable income of £1,600 per week, was inspited by Kiptieu’s story and offered to invest in a cooking business with her to help her bounce back.

Viewers were deeply moved by Kiptieu’s story and said both families were inspiring – saying Kiptieu deserved ‘all the success; and that Adam was ‘humble and caring’. 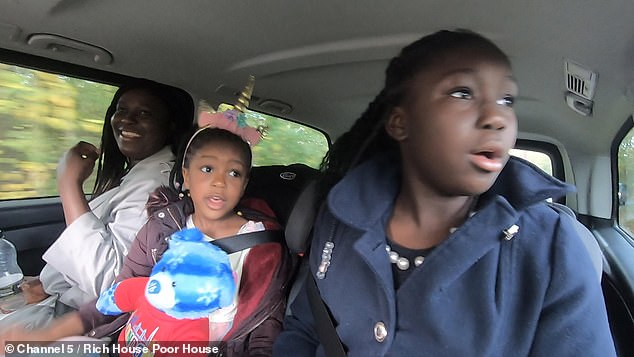 Sierra Leone refugee and mother-of-three Kiptieu, from Abbey Wood, London, is raising her three daughters by herself after her husband’s death, and admitted she was left struggling due to the coronavirus pandemic. Her story, broadcast on Rich House, Poor House, on Channel 5 last night, reduced viewers to tears 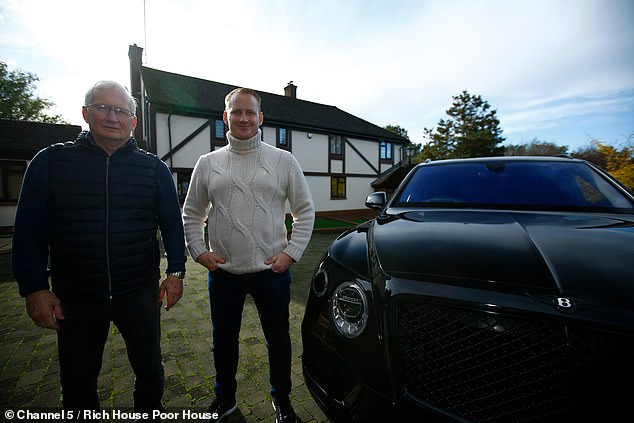 Businessman Adam, who lives in a four-bedroom mansion with his father Ian, left, struggled to live on Kiptieu’s weekly budget of £70

Kiptieu – who loves to cook – and her children were blown away by Adam’s Essex four-bedroom mansion at the start of the swap, and  enjoyed living in the lap of luxury during the exchange, making the most of his hot tub and personal training sessions.

And Adam got a grasp of how hard it must be for the widow to provide for her family when he and his father had to to count their pennies to afford one fish and chip takeaway dinner.

It was a far cry from the glamour of Adam’s everyday life with the businessman admitting he lives on ‘Essex’s most expensive road,’ in the programme.

He explained his job often saw him interview and rub shoulder with A-list celebrities including John Travolta and Floyd Mayweather for his job.

Viewers were deeply moved by Kiptieu and Adam’s story, and some even requested a follow-up on the two families

At the end of the experiment, Adam and Kiptieu met to share their experiences. Moved by the mother-of-three’s story and determination to provide for her daughters, Adam offered to start a food delivery business with her.

‘When you focus on one area you can take it a long way,’ he told her upon their meeting.

He offered to take on all the financial burden of their joint business venture, which included branding and marketing. 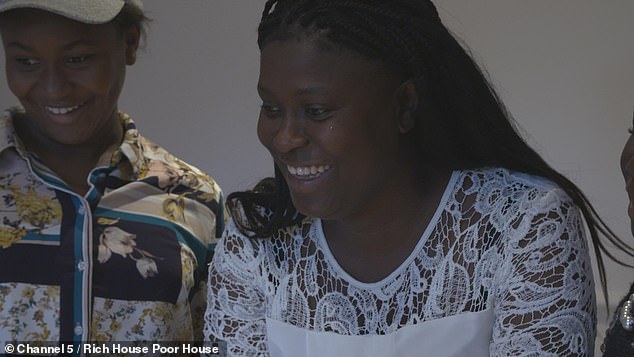 The mother-of-three and her daughters couldn’t believe Adam had a weekly disposable income of £1,600 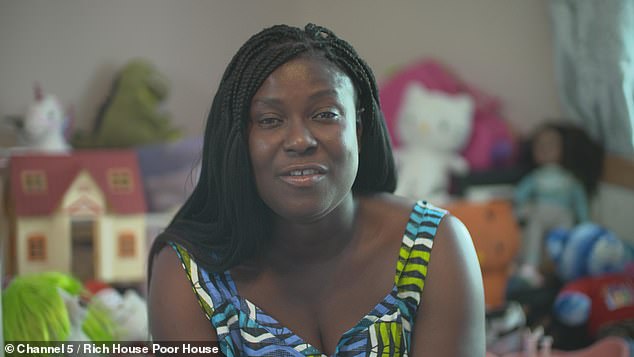 A relieved Kiptieu broke down as Adam’s business proposition moved her to tears after years of struggle.

The news delighted viewers, who praised both Kiptieu and Adam and said they wanted a follow-up on the two families.

‘Kiptieu is such a wonderful human and mother. I love her ambition and that she has not played the victim card but she’s done so much for others from so little. I truly hope that she opens her business and is successful – she deserves it,’ one said.

‘Kipteu deserves all the success,’ said another.

‘Kipteu is such an inspiration- really hope Adam’s offer helps her achieve her goal. She deserves some luck & a helping hand, she does so much for others. Would love to see a follow-up,’ another wrote. 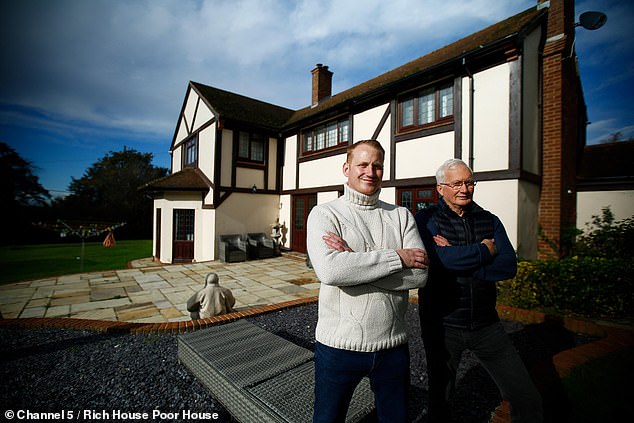 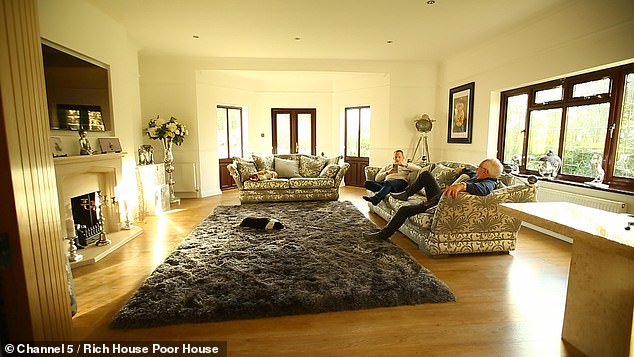 Adam lives with his father on their cushy mansion. The businessman travels the world and meets with celebrities for his job, but has remained humble through it all 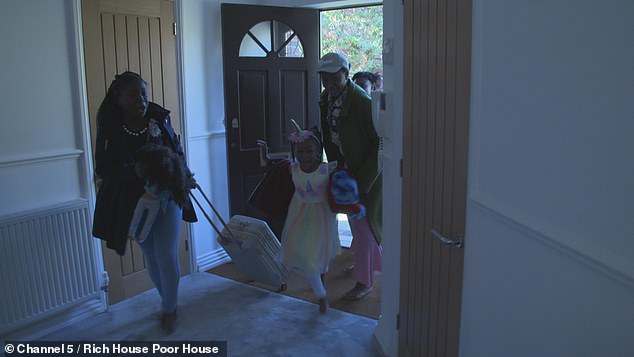 Kiptieu and her daughters were blown away by Adam’s four-bedroom mansion, located on Essex’s most expensive road

‘Adam and Ian are really nice people,as they have no illusions as to where they come from & still humble caring guys,’ one praised.

‘Both families are so genuine and respectful this week, the rich guy seems so grounded and the mom has done an incredible job raising her girls,’another wrote.

‘Oh my goodness Adam and Kipchu NEED their own TV show – blubbing. Two INCREDIBLE families. Love them both to pieces – and please can Adam mentor me,’ another fan said.

Viewers praised Kiptieu, saying she deserved all the success and Agam for being ‘grounded’ and ‘humble’