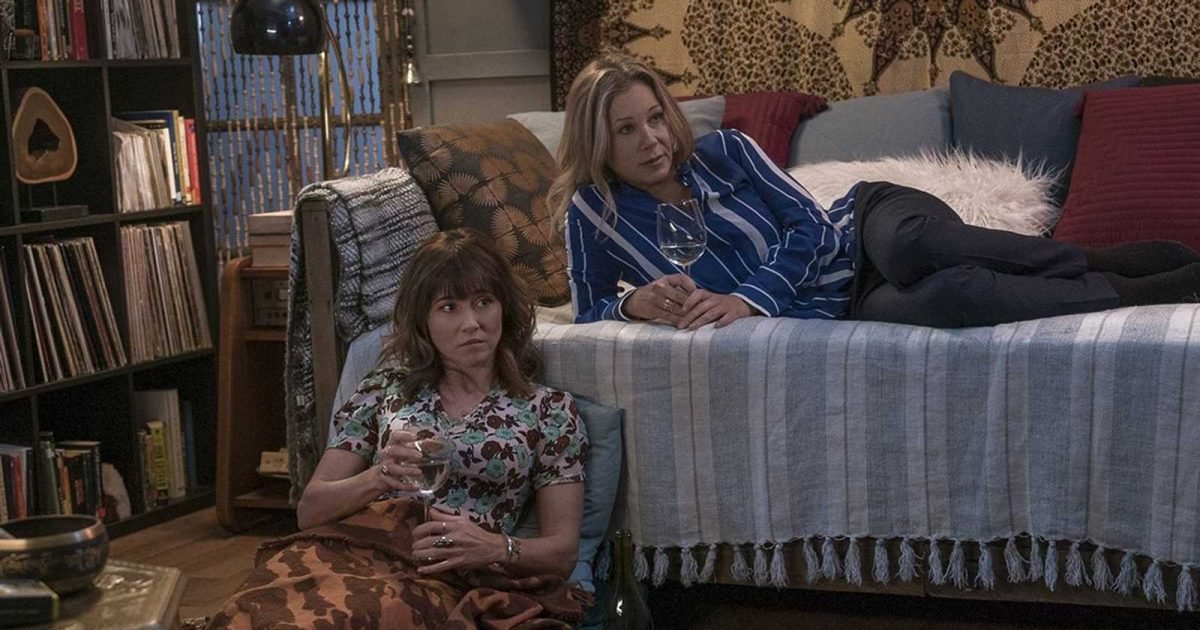 Spoiler alert: This story contains plot details of Netflix’s “Dead to Me.” You might want to watch the first episode before reading further.

Forget avoiding spoilers for “Avengers: Endgame” or “Game of Thrones.” The pop-culture property most likely to be ruined by errant plot details is Netflix’s new half-hour series “Dead to Me” (now streaming, ★★★★ out of four), a tragicomedy about two women (Christina Applegate and Linda Cardellini) who meet in a grief support group.

Sure, it’s not the stuff of frozen zombies or universe-killing aliens, but the dark comedy’s devastating twist nonetheless makes it a beautiful and harrowing experience, as does the rest of the impeccably acted and written series.

In order to discuss “Dead” in detail, it’s necessary to explain the first-episode twist that sets up its uniquely disturbing and engrossing story, so be warned before you continue.

Linda Cardellini as Judy and Christina Applegate as Jen on "Dead To Me." (Photo: Saeed Adyani/Netflix)

The series, created by Liz Feldman (“2 Broke Girls”), begins as Jen  (Applegate), a Type-A California mother of two with deep anger issues, is reeling from the recent hit-and-run death of her husband, Ted. At a grief support group she meets Judy (Cardellini), a free-spirit, bohemian type who says her fiancé Steve (James Marsden) just died.

The two women bond during long phone calls over insomniac nights, and quickly develop a deep friendship that is called into question when Jen finds out that Steve is alive and well. Judy’s explanation for her lie is that Steve dumped her after she had five miscarriages, so she needed the grief counseling to mourn her unborn children and her relationship. Jen eventually forgives her friend, and even lets Judy move in to her guest house.

Linda Cardellini as Judy and Christina Applegate as Jen on "Dead To Me." (Photo: Saeed Adyani/Netflix)

At this point viewers might be lulled into believing that Judy’s facade was the big twist they’d been waiting for, but “Dead” goes one step further – in the last moments of the premiere we learn that Judy is the woman who drove the car that killed Jen’s husband.

For the majority of its 10-episode season, Jen lives with her husband’s killer, as she desperately searches for any clue to solve the mystery of his death. Meanwhile, she and Judy become closer and more co-dependent with each episode as Judy tries to make amends by supporting Jen emotionally and helping out at home. Steve, a rich and narcissistic jerk who was in the car when Judy hit Ted, tries to prevent his ex-fiance from spilling their secret, throwing money around to help Jen’s real-estate business and seducing Judy to keep her quiet.

James Marsden as Steve on "Dead To Me." (Photo: Saeed Adyani/Netflix)

“Dead” is a rare Netflix’s series that’s well-paced for a binge-watch. It unfolds slowly but assuredly; Jen doesn’t learn her new bestie’s big secret until the absolute right moment. The excruciating tension of the lie hangs over Judy’s head, and is in direct conflict with the chill, SoCal vibe, in which the two friends go on a grief retreat, try to date and deal with the misadventures of Jen’s sons. These conflicting tones could have made the series confusing, but instead they meld together beautifully. Every small development in the investigation into Ted’s death is fraught with meaning, as is everything Jen learns about Judy’s life.

The highlights are the performances by Cardellini and, especially, Applegate. The actress, who got her start as the wayward daughter on Fox’s crude sitcom “Married…with Children,” offers a career-best performance as Jen, in an interpretation of grief that feels utterly singular. Jen deals with her pain angrily and intensely, often lashing out at friends, family and clients when she can’t contain her emotions. The more she learns about her late husband’s secret life, the more unhinged she becomes, setting up an explosive climax after all the truth comes out.

Cardellini (of “Freaks and Geeks,” who can also be seen very briefly in “Endgame”), meanwhile, manages to make a killer sympathetic. Judy’s motivations for essentially stalking Jen are surprisingly easy to understand, and the chemistry between the two leads is strong. Marsden sheds his good-guy typecasting and relishes every pretentious line.

With so many TV series around,  one such as “Dead” could slide under the radar. But one of the true joys of a world with so much television is that a series as bizarre and beautiful as “Dead” gets made at all.

“Dead” might be right there in the title, but the series feels more alive than almost anything else on the air right now.