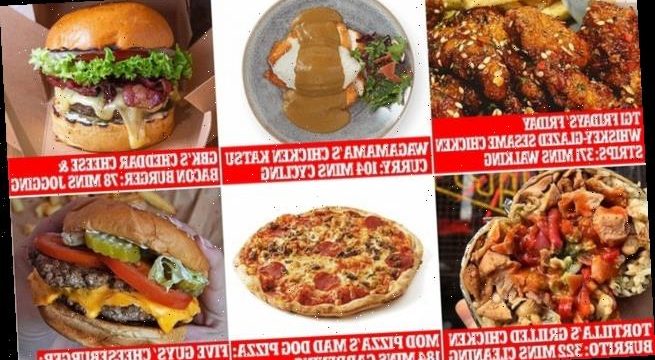 Revealed: How long it takes to burn off the UK’s favourite takeaways – including 371 minutes of walking for TGI’s Whiskey-Glazed Sesame Chicken Strips and 104 minutes of cycling for Wagamama’s Chicken Katsu Curry

New research has revealed how long it takes to burn off some of the UK’s favourite takeaways – and the results may just shock you,

The government is planning to slim down the UK by including calorie labels on restaurant meals, in an attempt to make us more aware of the foods we are ingesting.

Interested in what this could look like, My Vital Metrics analysed 15 of Deliveroo’s most delivered takeaway dishes in the past year to discover which are the most calorific – before exploring just how long it would take to burn off the calories in our everyday life by walking, jogging, cycling, cleaning, dancing and gardening.

The research revealed that TGI Fridays Whiskey-Glazed Sesame Chicken Strips contains 1840 calories and would take 371 minutes of walking and 313 minutes of dancing to burn the calories. 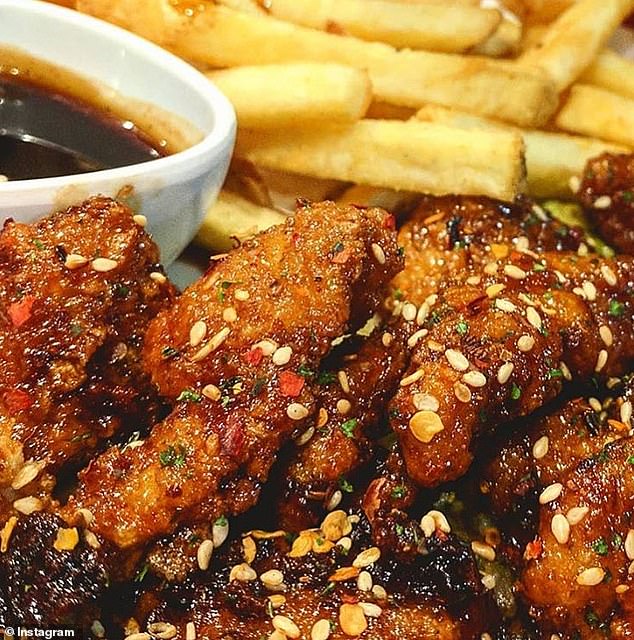 Meanwhile, the second most calorific favourite was Crust’s Diavola Pizza, which contains 1260 calories, and Wagamama’s Katsu Curry placed third and would require 104 minutes of cycling to shift the meal.

The methodology involved analysing Deliveroo’s most ordered takeaways before surveying 2,628 Brits, asking them to choose their favourites from the list, to determine the UK’s top 15.

Once the top 15 had been decided, MyFitnessPal’s calculator was used to discover how many calories it takes to burn off each meal.

NHS stats were then used to discover the average weight for males and females in the UK in order to work out the number of calories burned per activity.

Although it’s tasty, it takes a lot of work to burn off the calories. For example, you’d need to walk for 371 minutes to remove any trace of the meal.

The second most calorific takeaway loved by Brits is Crust’s ‘Diavola Pizza’ – which contains 1260 calories per pizza.

These calories could be burned off through a huge 242 minutes of gardening, 313 minutes of dancing or 157 minutes of jogging. 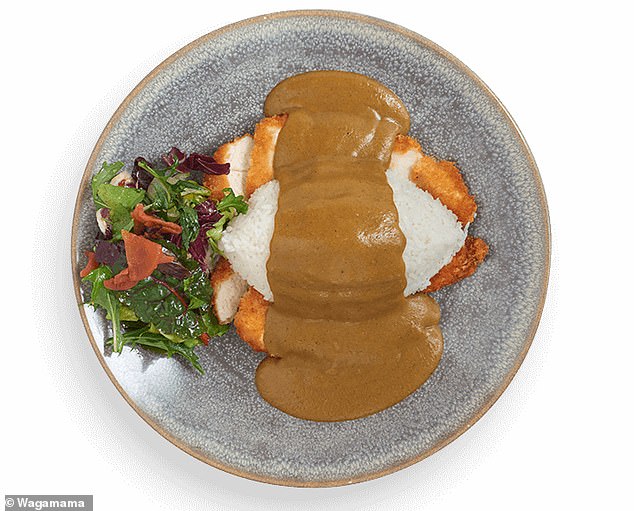 To burn off the curry, Brits would need to walk for 218 minutes, clean the house for 330 minutes or even cycle for 104 minutes. 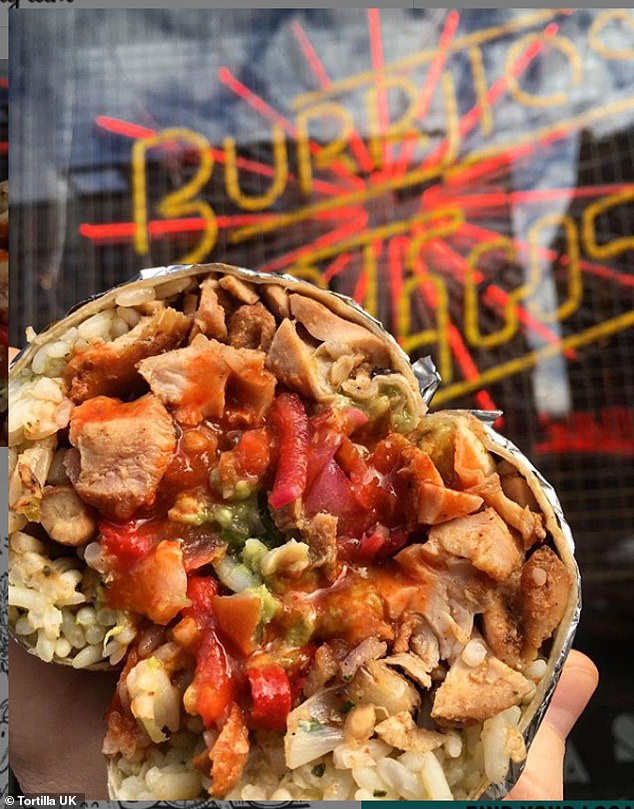 Coming in as the fourth most calorific meal loved by the UK is Tortilla’s ‘Grilled Chicken Burrito’.

The burrito has a total of 1049 calories and to burn them off you would need to jog for 90 minutes, dance for 179 minutes or even do some gardening for 202 minutes. 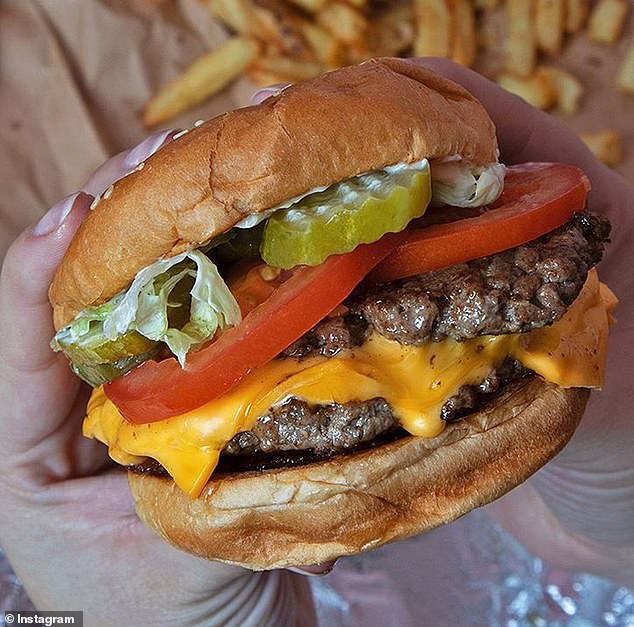 Five Guys’ ‘Cheeseburger’ ranks as the fifth most calorific favourite, with a total of 980 calories per serving.

To burn the calories, Brits could walk for 198 minutes, cycle for 94 minutes or do some household chores for 300 minutes.

Although this is fifth on the list, it takes a lot of work to shed the takeaway calories. 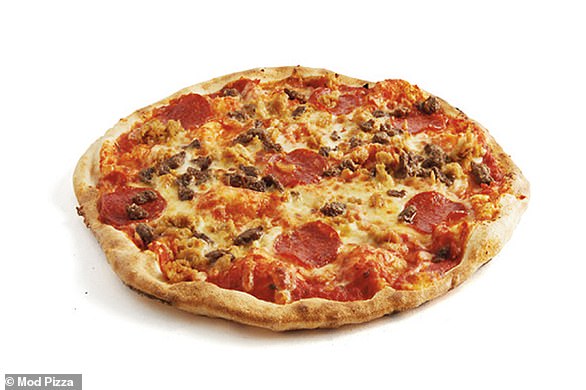 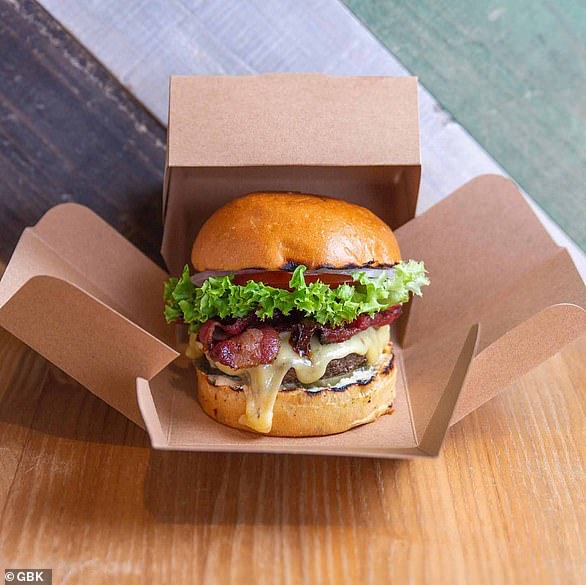