Much as Freddy, Jason, Leatherface and the rest keep returning from beyond the grave, certain critical cliches about slasher movies refuse to die.

One such cliche is that the victims in these movies are slaughtered as punishment for having sex, and that the Final Girl who defeats the killer is inevitably the one character who has stayed pure. 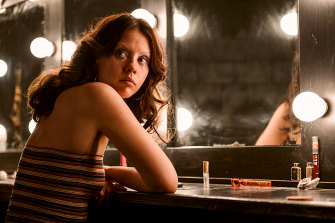 In truth, this convention was never set in stone. But since the 1990s, many makers of slashers have latched onto the idea and set out to subvert expectations, as writer-director Ti West (The Innkeepers) does in X, a welcome comeback for his thoughtful yet visceral brand of retro horror.

Like West’s previous horror films, X sets itself the challenge of being both a back-to-basics scare mechanism and a commentary on how that mechanism functions.

For the main location, the good-ol’-boy producer Wayne (Martin Henderson) has rented a guesthouse on the property of a surly, elderly farmer (Stephen Ure).

Even if you’ve never seen The Texas Chainsaw Massacre, you may already be getting a rough idea of how things are likely to go down.

That, of course, is the point. West’s trademark slow build-up gives us every chance to imagine our own version of the mayhem on the way, which we can measure against what he finally delivers. 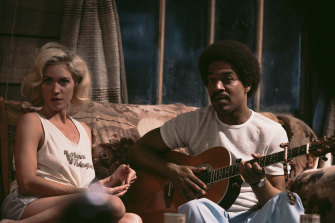 To hold our attention in the meantime, he has another trick up his sleeve: making his characters sufficiently interesting and likeable that we’re in no rush to see them killed off.

Most of them initially could be taken for stock types: the blonde starlet (Brittany Snow), the pretentious film student (Owen Henderson), the wide-eyed outsider (Jenna Ortega) and so on.

But there’s more to them than these labels indicate – and crucially, they all have their own distinct feelings about the business of on-camera sex, including whether this qualifies as “real” sex at all.

The goods that are delivered are the ritualised gory deaths mandated by the genre, which are staged for visceral entertainment value yet leave a residue of sadness.

Mixed into this cocktail of uneasy feelings is the theme of the generation gap, viewed both in the specific context of the 1970s and as a perennial clash between young, active bodies and old, decaying ones.

Like its characters, X can’t be reduced to a soundbite. Taken one way, it’s a warning about what can happen when you venture onto dangerous territory.

But equally, there’s a sense that risk of one kind or another is what filmmaking is all about.

X is now showing in cinemas.