Remembrance Day falls this week, on Wednesday, November 11, when a moment of silence will be held to remember members of the armed forces who died in the line of duty. Remembrance Sunday was this past weekend, with senior Royal Family members having paid tribute to the fallen at the Cenotaph in London in a socially-distanced ceremony.

Commemorations for Remembrance Day this year will be very different to those of years past, as England is in lockdown until December 2.

This means any planned events have been cancelled or moved online, with Britons only permitted to travel or leave home for specific reasons.

Many will be taking part in the minutes’ silence at 11am on Wednesday, November 11 at home due to lockdown.

Another way Remembrance Day is marked is with poppies, both displayed in windows and on clothing. 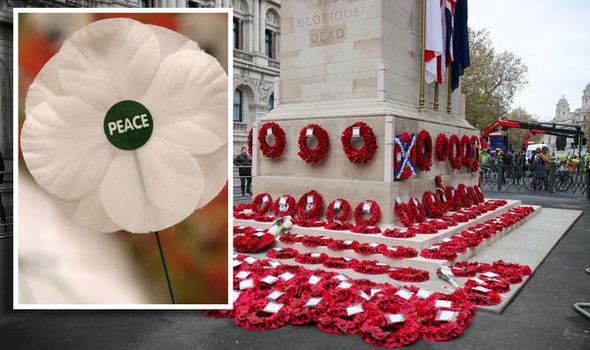 What do white poppies mean for Remembrance Day?

The traditional sight for Remembrance Sunday and Remembrance Day is the red poppy, worn on the lapel and decorating wreaths laid on graves or memorial sites.

Red poppies grew in the fields of Flanders after World War 1, despite the upheaval wreaked by the constant conflict.

The sight of these poppies sticking out of the ground, resiliently despite the desolate conditions was a source of comfort for many. 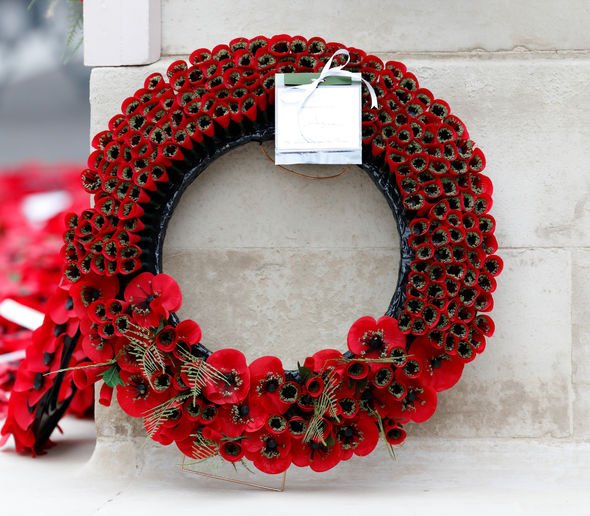 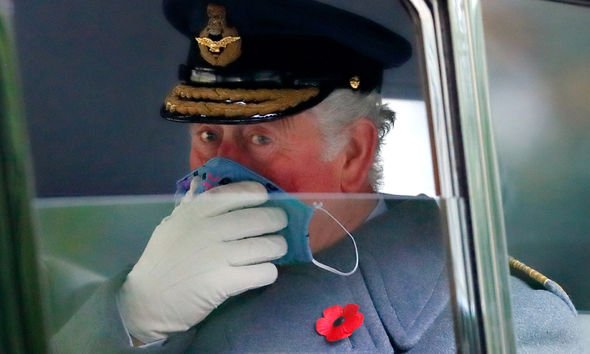 After losing a friend in Ypres, Canadian doctor, Lieutenant Colonel John McCrae was inspired by the sight of these poppies and wrote the now famous poem In Flanders Fields.

However, some have been spotted wearing white versions of the iconic flower as Remembrance Day draws closer.

White poppies are distributed by the Peace Pledge Union (PPU), a pacifist organisation.

According to the PPU, white poppies represent three things: remembrance for all victims of war, commitment to peace and a challenge to the glamorisation of conflict.

White poppies were first created by the Women’s Co-operative Guild in 1933.

They were created to represent the message of “no more war”, and play a key part during the annual Alternative Remembrance Sunday Ceremony.

However, the white poppy commemorates all victims of all wars – both combatants and civilians of all nationalities. 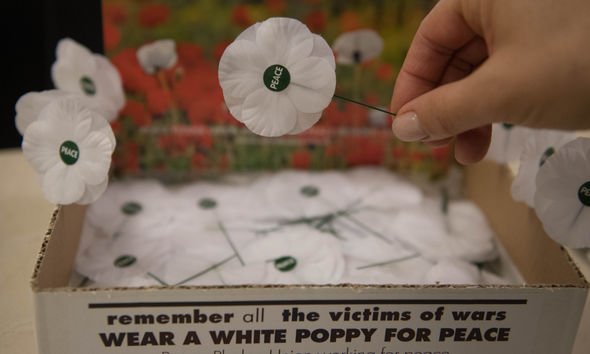 They seek an end to “the exclusion of civilians from mainstream Remembrance events”.

The white poppies aim to promote the idea there are different ways to avoid conflict than through violence.

The PPU says: “The best way to represent the victims of war is to work to prevent war in the present and future.”

Despite the pacifist message, white poppies have been a source of opposition and controversy throughout the years.

Some claim the message they represent diminishes the original aim of Remembrance Day.

However, the RBL states on its website it does not oppose the white poppy: “The Royal British Legion has no objection to any other colour of Poppy in principle, and some volunteers wear these side by side.”

There are two other colours of the poppy – aside from the traditional red and the peace white – which are worn in honour of Remembrance Day.

The black poppy represents African, Black and Caribbean communities and their contributions to the war effort.

A purple poppy is worn in honour to remember all the animals which died as victims of war.