Christian O’Connell continues to laugh in the face of his own memoir, winning his 10th straight survey and putting the lie to the titular claim that No One Listens to Your Dad’s Show.

O’Connell’s breakfast show on Gold 104.3 lifted by 0.3 points to an 8.9 per cent share of the Melbourne market, making his the most-listened-to FM breakfast show once again. That fresh start set the station up for another strong showing, winning its 13th straight survey in Melbourne on the FM band. 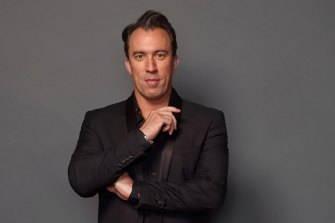 However, the station generally suffered slight declines across the rest of the day and an overall dip of 0.4 points to a 10 per cent share across seven days.

“It’s a privilege to be someone’s friend right now,” said O’Connell, the 48-year-old who left behind an established career on English radio to try his hand in Australia in June 2018. “It’s never been a tougher time for Melbourne and my listeners.

“I’m aware how hard, really hard, my listeners have it and I think a lot about what they need from me. I hope I’m giving them a show made from our hearts with joy, laughter and light.”

Over on the AM dial, the battle of the news-talk stations intensified as the city entered yet another lockdown phase.

ABC Melbourne was up 1.3 points across the week, and an impressive 1.6 points across Monday to Friday. The big movers were Sammy J in the weekday breakfast slot (up 2.2 points to 16) and Virginia Trioli (up 2.4 to 14.3 per cent) in mornings.

Over on cross-dial rival 3AW (owned by Nine, publisher of this masthead), Ross Stevenson and Russel Howcroft lifted 0.7 points to an all-conquering 20.8 per cent share of the breakfast radio market. But in mornings, Neil Mitchell dropped 1.6 points.

“This seems to be a trend in the big cities with the ABC closing in on its talk competitors, especially in that early morning shift,” says media consultant Barry Keohane. “Anecdotal evidence shows that people are wanting more non-sensationalist news around COVID – just the facts – but it’s clear there is a real appetite for talk radio, especially in the locked-down cities.” 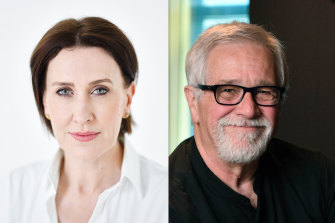 The gap between Virginia Trioli and Neil Mitchell has narrowed considerably.

Elsewhere, Nova enjoyed a whopping 3.6 point lift to 9.7 per cent in the evening slot, making it Melbourne’s most-listened to FM station after dusk. But the news for KIIS 101.1 FM wasn’t great, with the station dropping one point (from 5.5 per cent to 4.5) across the week.

The fall was spread across all time slots, but in breakfast the departure of Polly “PJ” Harding appears to have left its mark, with Jase Hawkins and his new co-host Lauren Phillips shedding 1.6 points on the previous period, dropping to a 4.6 per cent share.

KIIS management will know the numbers bounce around from survey to survey, and audiences can take time to give new hosts a chance, so they won’t be panicking yet. But the rest of the year will be crucial.

In radio, as in life, one thing is clear: a good breakfast can set you up the rest of the day, while a poor one can make it a struggle.