Princess Anne has received significant praise in recent days for her unwavering dedication to the Queen on her final journey. And by Anne’s side has been her supportive husband Vice Admiral Sir Timothy Laurence, and the Queen’s immense respect for Tim was clear for all to see.

Tim Laurence has made several public appearances this year, including joining Anne on her royal tour of Australia and Papua New Guinea to mark the Platinum Jubilee.

And the Queen’s high regard for Tim was evident at Trooping the Colour when she allowed him to stand on the Buckingham Palace balcony for the RAF flypast.

The only non-working royals on the balcony for this occasion were the Queen’s great-grandchildren Prince George, Princess Charlotte and Prince Louis, and her grandchildren Lady Louise Windsor and James, Viscount Severn.

But an exception was made for Tim, with a Palace spokesperson stating the Queen was “happy” for him to attend “as a frequent attendee and support for the Princess Royal on official engagements”. 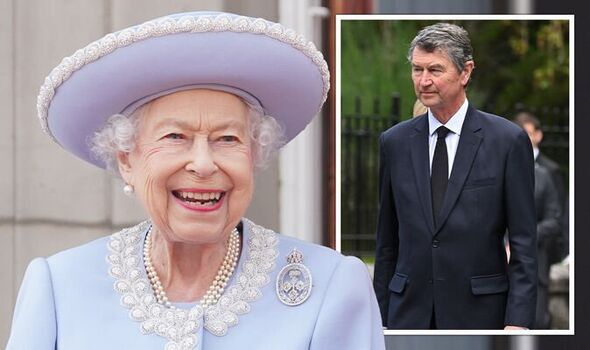 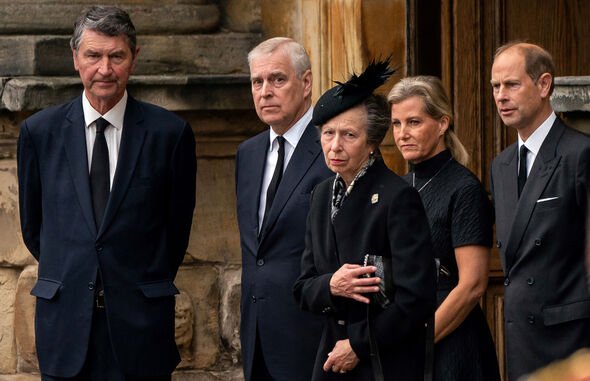 Tim Laurence previously worked as a member of the Royal Household, and he was made an equerry to the Queen in the late 1980s.

A romance developed between Tim and the Queen’s only daughter, and in 1992 he married Anne in Scotland.

As Anne was divorced from her first husband Captain Mark Phillips, Anne’s second wedding was a more private affair at Crathie Kirk near Balmoral Castle.

Sir Tim hasn’t courted the limelight since he joined the Royal Family 30 years ago, but he has shown glimmers of his good humour at times.

At a Founder’s Day Parade in June, Sir Tim had the crowd in stitches when he joked that his standing in for Anne was like “asking Mrs Harry Kane to lead the England football team out”.

And just like his royal wife, Tim has earned himself a reputation as a hard worker.

As the Royal Family and the nation have grappled with the death of Britain’s longest-reigning monarch over the last week, he has stayed by Anne’s side throughout.

Tim poignantly walked behind Anne and other royals during the Queen’s coffin procession to Westminster on Wednesday. 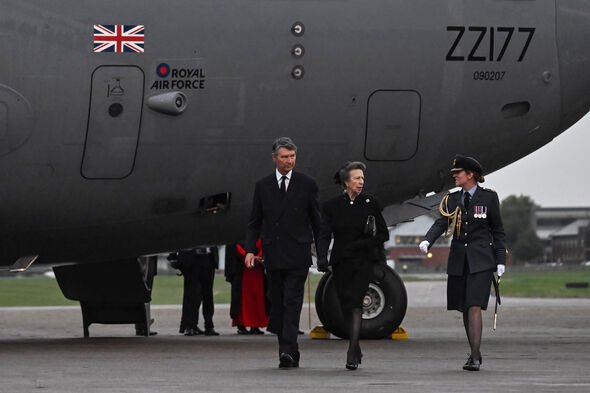 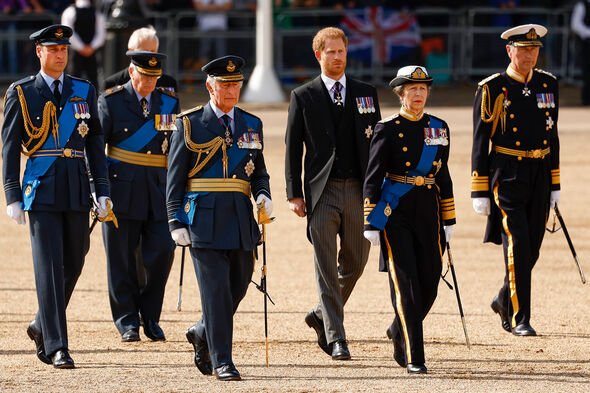 Tim was also pictured at RAF Northolt on Tuesday as the Queen’s coffin arrived in London from Edinburgh.

Anne and Tim had also sat in a car behind the Queen’s coffin as it made its long journey from Balmoral Castle to Edinburgh over the weekend.

On Saturday, Tim looked to be a pillar of strength as several royals viewed tributes to the late monarch outside her Aberdeenshire residence.

Tim and Anne will play a key role in the Queen’s state funeral on Monday, September 19. 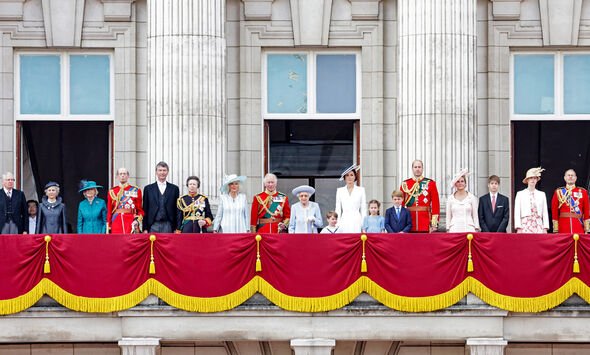 King Charles III will lead the family as they march behind the Queen’s coffin as it leaves Westminster Hall on Monday.

He will be joined by his three siblings Anne, Prince Andrew and Prince Edward.

Behind the quartet, Prince William, Prince Harry and Peter Phillips, the Queen’s grandsons, will walk in unison.

They will be followed by Vice Admiral Sir Tim Laurence, the Queen’s cousin the Duke of Gloucester and her nephew, the Earl of Snowdon.