An elementary school principal who had to pause his favorite ritual of shaking students’ hands during chemotherapy has returned to greet the kids — only this time, he’s cancer-free.

Jeff Sipos kicked off the new school year Aug. 5 by exchanging hugs and high fives with pupils and their families outside John L. Golden Elementary School in Rancho Cucamonga, California. It was the first time the educator and father of two had seen the children since undergoing treatment for a rare cancer.

“Being back at work with the students and the staff feels amazing and each day is filled with rewards,” Sipos told “Good Morning America.”

A visit to a rheumatologist for joint pain ended up with him testing positive for cancer in 2017. 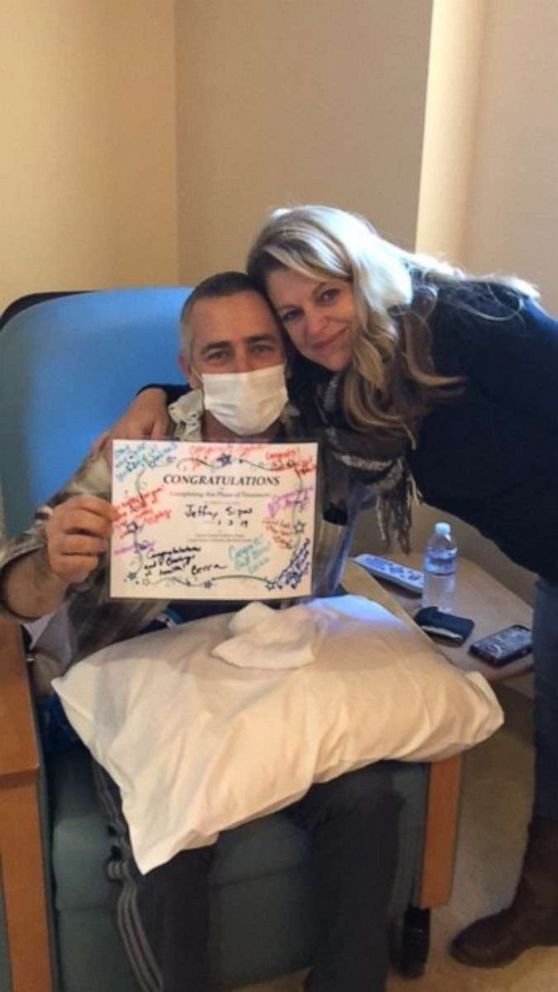 “He looks at me and put his hand out and said, ‘Has anyone ever told you that you have cancer?’ It was like the oxygen in the room got sucked out,” Sipos said of Kamal. “It was frightneting but at the same time it was, ‘OK, I have an answer now.'” “The guy is my angel. He put me in full remission.” 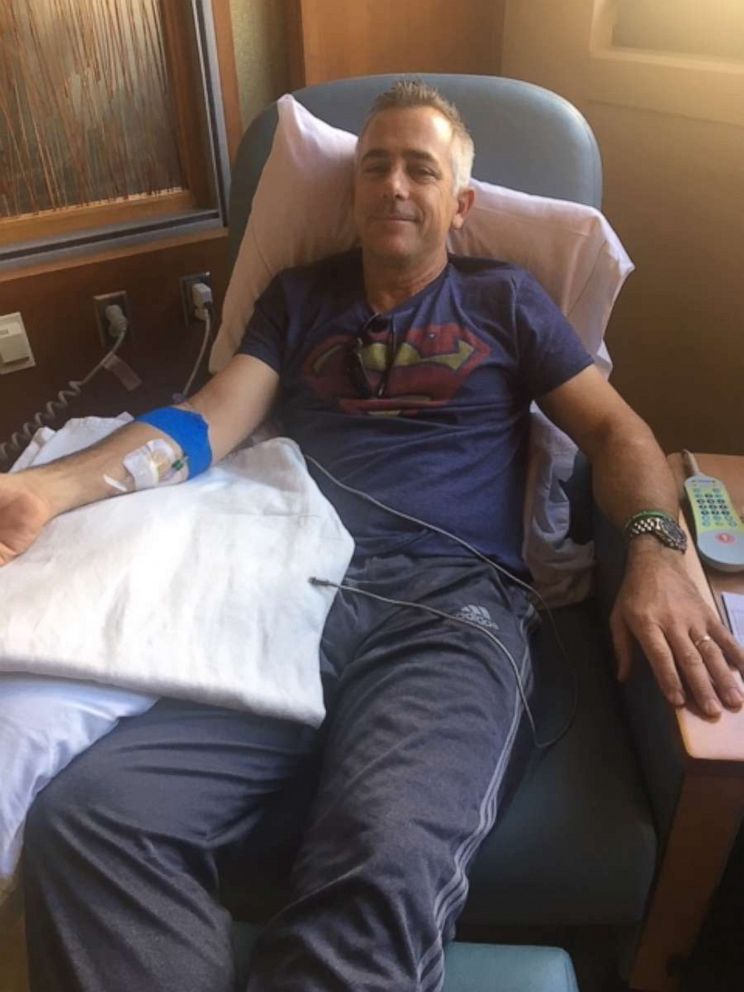 Kamal told “GMA” Sipos underwent six months of chemo and confirmed he is in full remission.

“He’s doing amazing,” Kamal said. “He started running, he is working as a very active principal — his quality of life has significantly improved.” 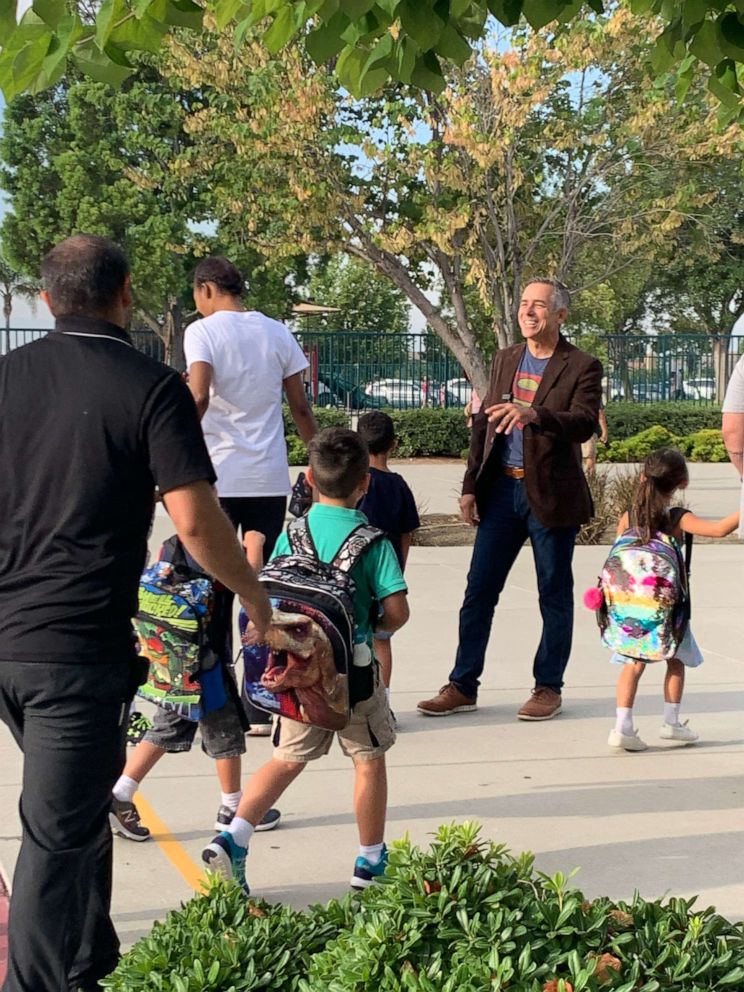 Sipos began chemo last August. Even though the side effects took a toll, he decided to return to school while taking precautions due to a weakened immune system.

“I went to work and I used a sanitizer [flu] mask. I told the kids I wasn’t going to be able to shake hands anymore,” he recalled. “I was kind of afraid that the kids were going to be afraid of me, [but] I got air hugs and elbow bumps all the time.” 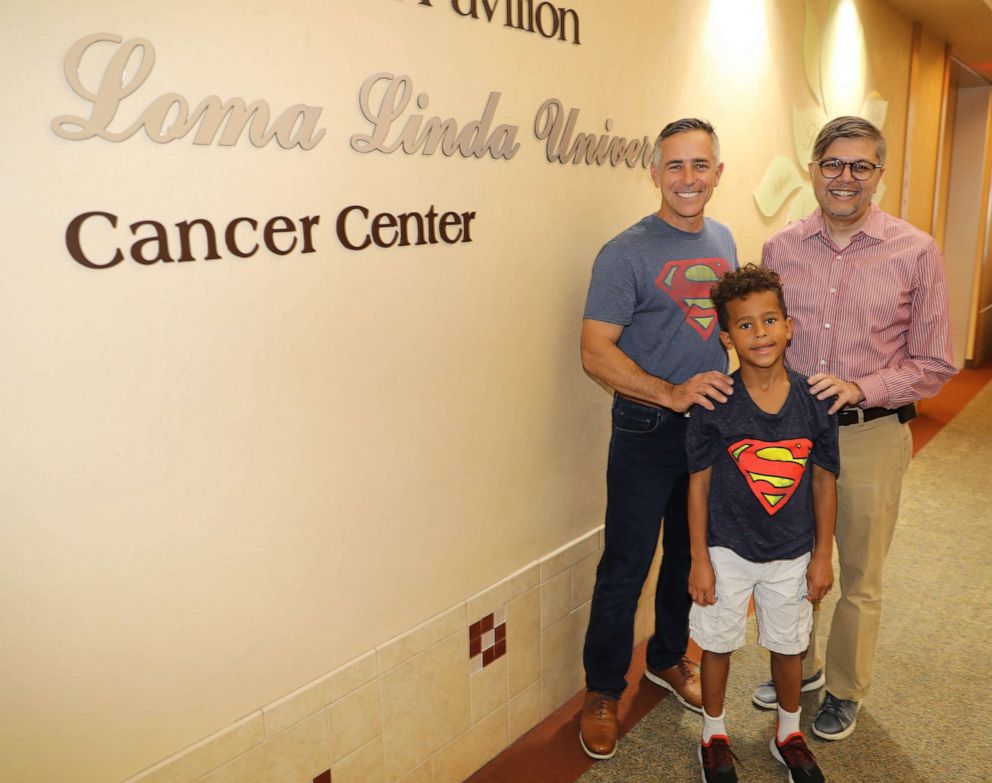 Sipos informed parents of his health battle. Soon, he received dozens of cards and flu masks decorated in funny faces.

Jackson Todd, a kindergartner at the time, gifted Sipos a Superman T-shirt that Sipos wore under his clothes during chemo. 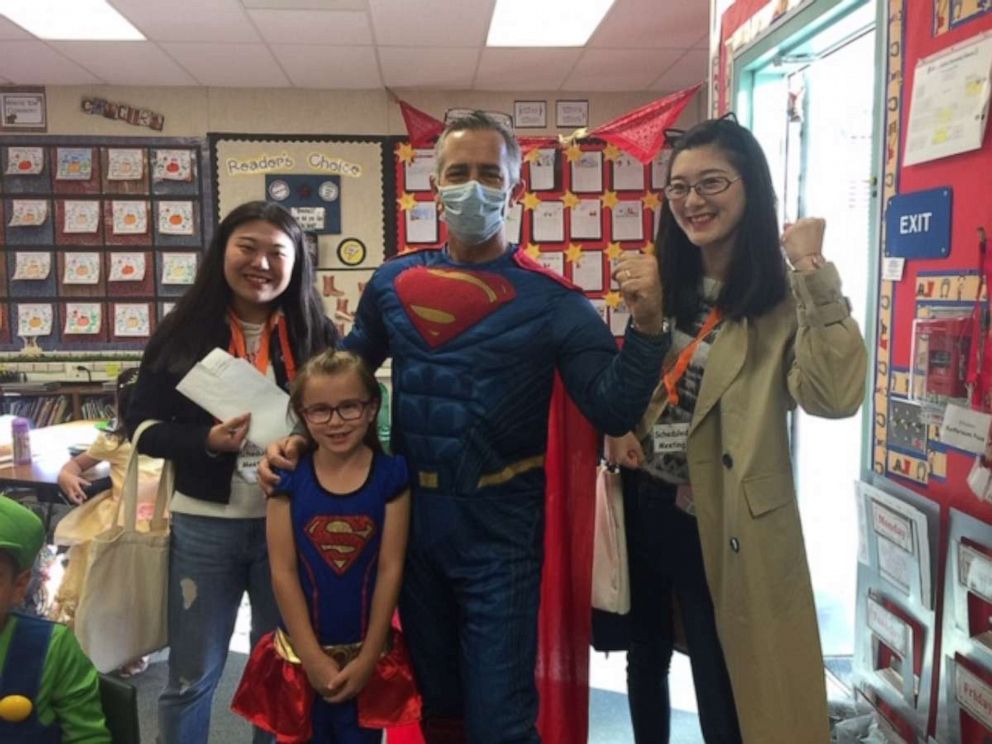 “It was the right thing to have on his chest while he’s sitting there and trying to fight off the disease,” Jackson’s mom, Linda Frohlich, told “GMA.” “He is just a shining light and he’s a true leader of that school.”

Sipos said he ended up giving Kamal his Superman T-shirt as a “thank you.” 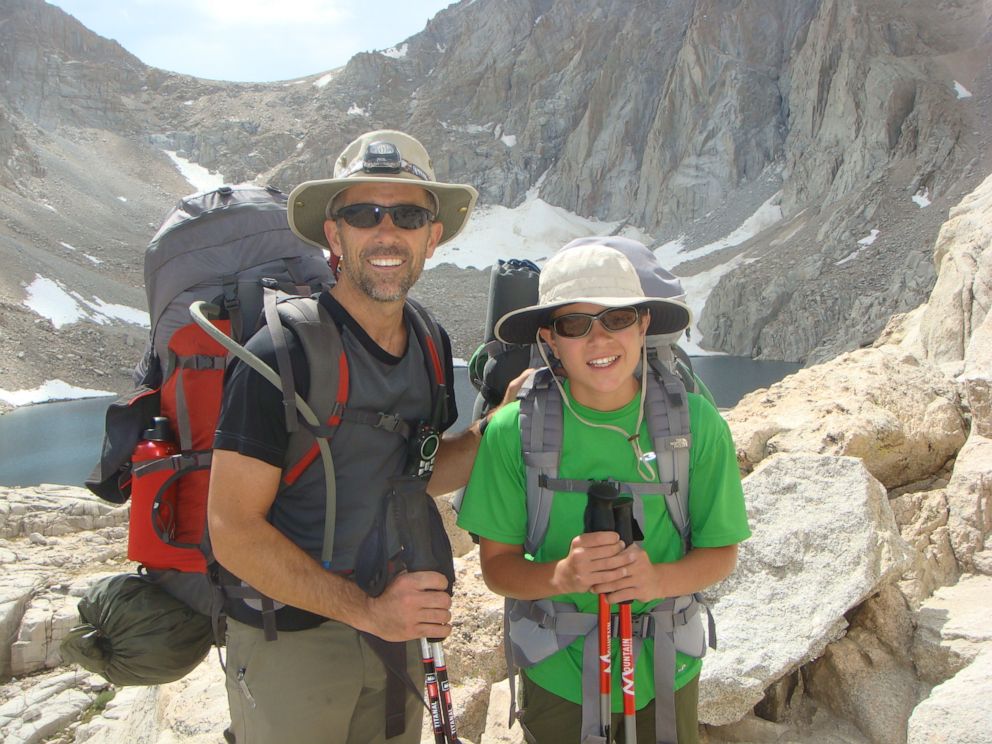 “I had no idea what this T-shirt would come to represent … It pushed me to the finish line of getting through chemo,” Sipos said.

Sipos is happy to continue high-fiving his students and returning to normal life, he said.