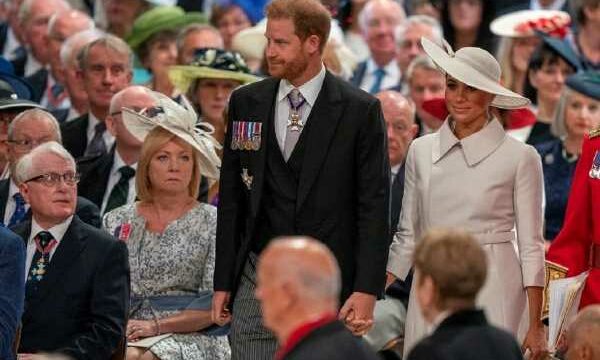 The Platinum Jubilee weekend was all about Queen Elizabeth II and her incredible 70-year reign. But the monarch did not attend a service of thanksgiving in her honor at St. Paul’s Cathedral on June 3, and that day all eyes were on Prince Harry and Meghan Markle.

It was the first time the Duke and Duchess of Sussex had appeared in the country together as non-working royals. Everyone wondered what kind of reception they would get from the public and what their demotion would look like. Well we got our answer, and now Harry’s biographer is saying that the prince was “absolutely furious” with what happened inside the church. 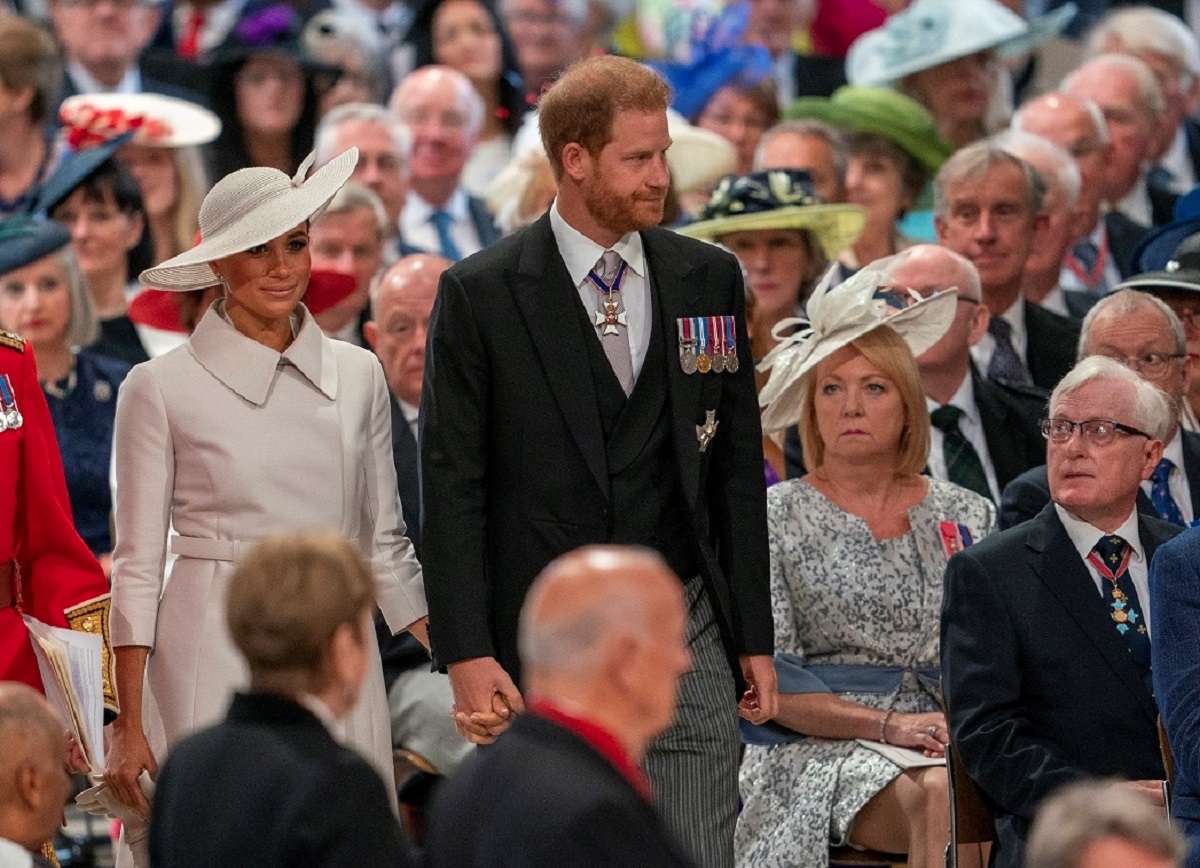 The last engagement Harry and Meghan attended as senior members of the royal family was the Commonwealth Day Service at Westminster Abbey on March 9, 2020. Even though they were technically still working royals that day their inevitable departure looming and according to author Robert Lacey, the Sussexes were told they would not be part of the procession. The procession usually sees all high-ranking members of the family follow the queen through the Abbey before the service begins.

Lacey wrote that “2,000 orders of service had already been distributed ’round the Abbey, explaining that William and Kate would enter and process with the main royal party — and making no mention at all of Harry and Meghan. So there was the snub in black and white — set out for all to see.”

“Throughout the service, Meghan megawatted away with her best TV smile but, as the ceremony progressed, Harry appeared to grow gloomier,” Lacey detailed (per Express). “According to one observer, ‘his accelerated blinking even suggested he might have been fighting back tears.’”

Harry’s biographer says he was ‘absolutely furious’ over latest snub

A little more than two years later and now a non-working royal, there was another snub and according to Angela Levin, who spent time with the duke when she wrote Harry: A Biography of a Prince, he was “absolutely furious” about it.

For the service of thanksgiving, Harry and Meghan were relegated to the opposite of the church from Prince William, Kate Middleton, and Prince Charles and were seated in the second row.

GB News host Alastair Stewart claimed that the seating arrangement was a clear snub from the senior royals. “[Megan and Harry] were in the second row, not behind the Prince of Wales and the Duke of Cambridge, but in the second row even behind people like the Wessexes,” she explained. “He wouldn’t be there if the queen didn’t want him to be there — but to me, it was a visual snub. Stewart then noted: “It was not a total snub. They got the proper royal car and they were escorted down the aisle.”

But as for their second-row seats, Levin believes the Sussexes were visibly seething.

“If you look at Harry’s face, I spent a year with him when I did his biography. He wears his expressions and feelings on his face and he was absolutely furious,” Levin said (per Express).

Co-panellist Norman Baker then asked, “Because they were on the second row?” to which Levin responded: “Yes, they were furious. He was furious he had to get people up to move. He was very angry.”

Another royal commentator disagreed and thinks Harry was ‘happy’ about it 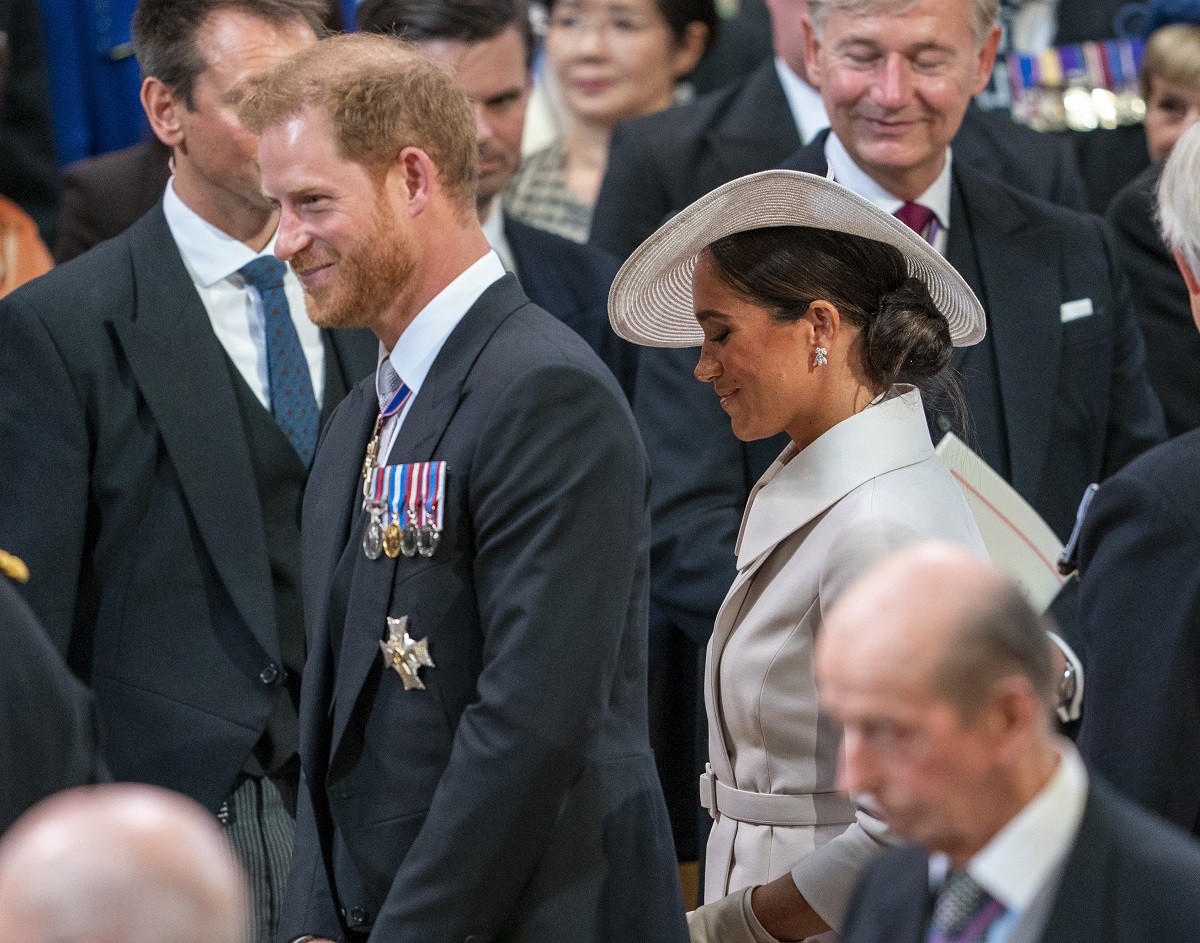 However, royal commentator Celia Walden totally disagreed with Levin’s claim. In fact, she thinks the Duke of Sussex wasn’t “furious” at all and actually “happy” with where he was assigned to sit in the cathedral; far away from his brother and father.

In a column for the Telegraph, Walden wrote that while being cast to the other side of the church in the past might’ve bothered him and Meghan, Harry’s likely “happy” about it now.

“There would surely have been a time when being shunted from the front row would have left Harry and Meghan smarting. Well, Meghan at least,” Waden said. “Rightly or wrongly, I’ve always assumed that, whereas the duchess’s Garbo-esque ‘I want to be alone’ act is just that, Harry is probably genuinely happy to be relegated to a second-tier royal.”