Adam Levine takes daughter for a bike ride after scandal

Pregnant Behati Prinsloo bared all in a nude bump selfie ahead of baby No. 3.

The former Victoria’s Secret Angel posted throwback photos of her budding belly in bikinis to her Instagram Story on Tuesday, writing, “Then.”

She ended the series with a “Now” photo.

In the final upload, Prinsloo, 34, posed naked in front of a mirror with one hand cradling her stomach. She shielded her chest with her phone, using a branch emoji to cover up down below.

The model and her husband, Adam Levine, are already the parents of two daughters: Dusty, 6, and Gio, 4.

In September, news broke that Prinsloo was pregnant again, which she confirmed with an Instagram slideshow two weeks later. 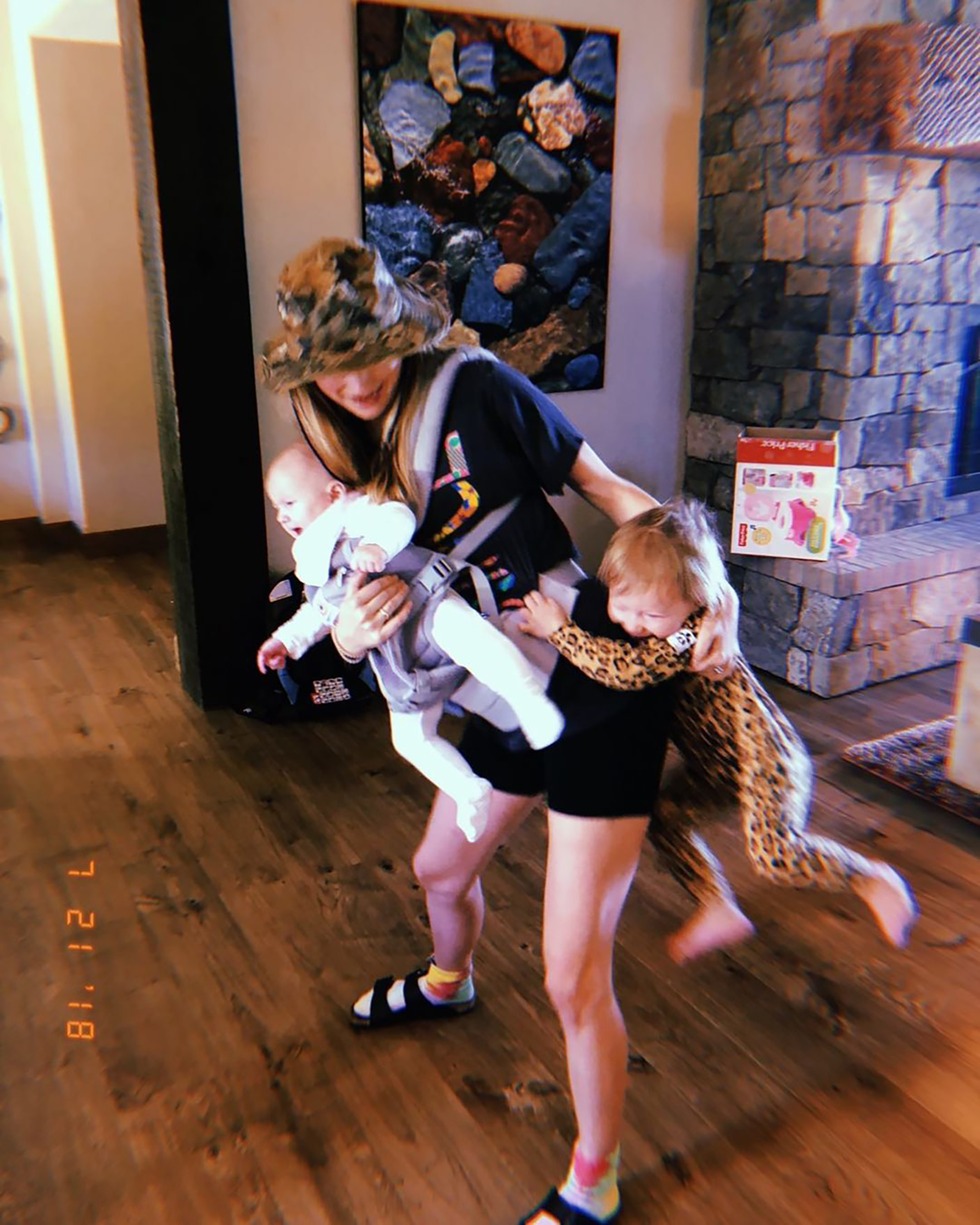 She and Levine have been married since July 2014, and Prinsloo told “Entertainment Tonight” in November 2021 that they saw a larger family in their future.

“I do … want five kids,” she said at the time. “We’re leaving it up to fate and just what happens. What will happen, will happen. So there’s no limits to it.”