“Pitch Perfect” star Skylar Astin and his girlfriend, Lisa Stelly, have reportedly broken up after more than a year of dating.

A source gave People some insight into the split Wednesday, saying, “They’re both so busy, but there is no drama between them at all.”

The insider added, “Lisa’s business is growing like crazy, Skylar was in Canada working for half the time they were together, and they both just needed some time to recalibrate on their own.”

The source also said the exes “still love and support each other a lot” and concluded, “It’s definitely hard for both of them.”

A rep for Astin did not immediately return Page Six’s request for comment.

It is unclear how long the actor, 33, and the Fancy Sprinkles founder, 35, have been broken up. E! News was first to confirm the news Wednesday.

The former couple first revealed they were dating on Instagram in July 2020.

At the time, Astin posted a cozy shot of the couple in a pool, and Stelly captioned a pic of the pair kissing, “Is that a bottle of mini champagne in your pocket or u just happy to see me @skylarastin ?” 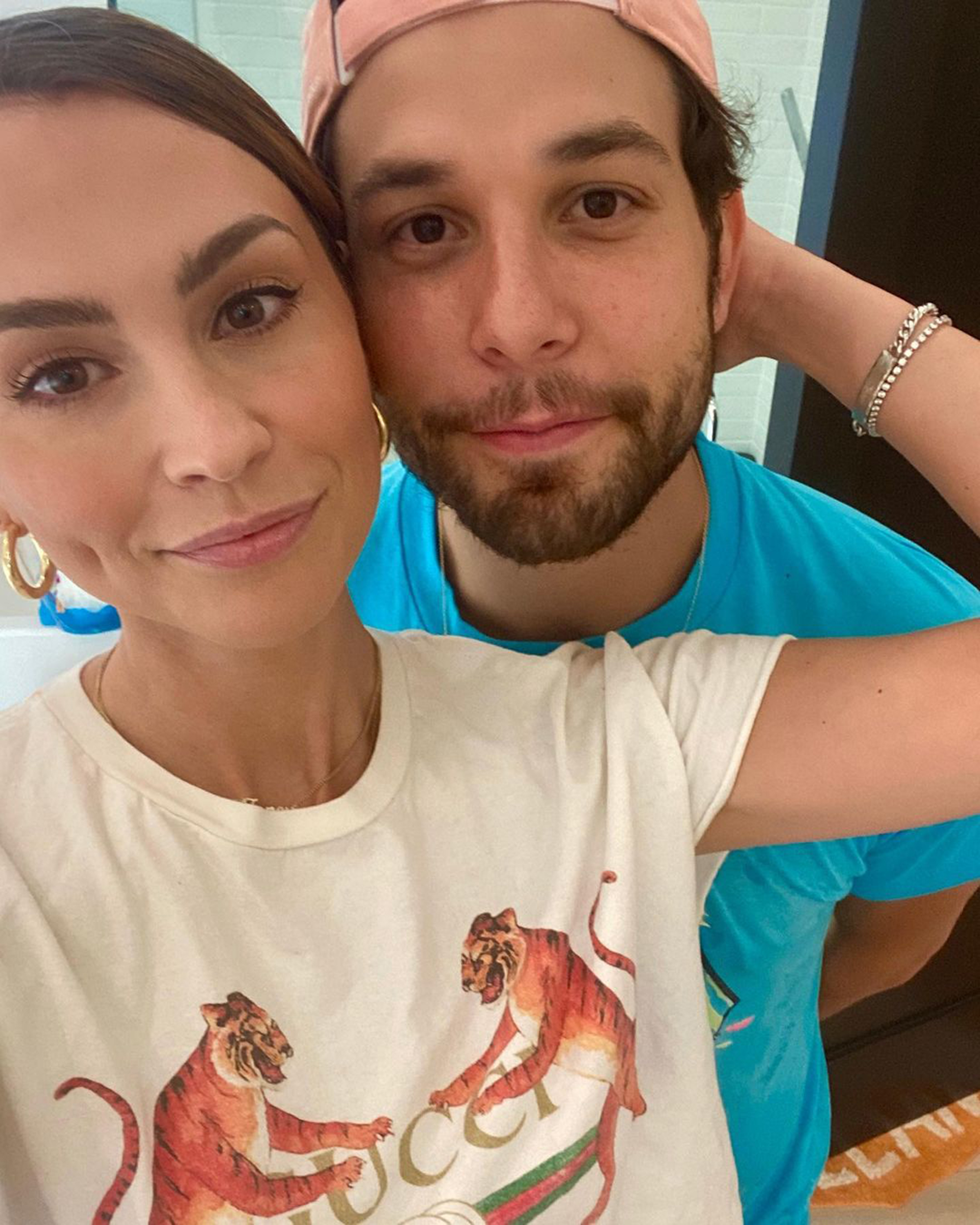 They appeared to still be going strong in March when Astin gave his girlfriend a special birthday shout-out on Instagram.

He captioned a slideshow of pictures, “Happy Birthday to my Pisces Princess and Sprinkle Queen, @lisastelly! I love you with all my heart and will share sweatshirts with you forever. ‘Want you to get real close to me…’”

Astin was previously married to his “Pitch Perfect” co-star Anna Camp, who filed for divorce in April 2019 after two years of marriage.

Stelly was married to Jack Osbourne, but they divorced in March 2019. They share daughters Pearl Clementine, 9, Andy Rose, 6, and Minnie Theodora, 3.