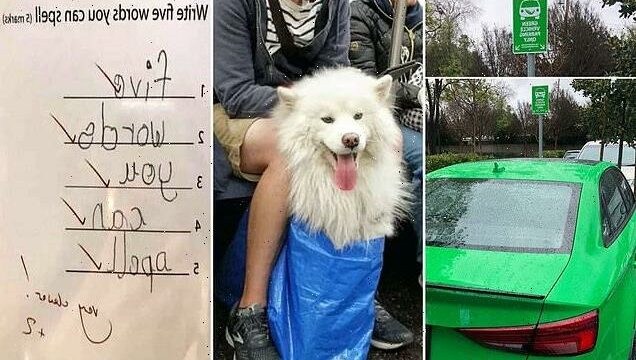 They say rules are there to be broken, and for these people that couldn’t be more true.

Social media users have shared images of the moments when they successfully beat the system – or witnessed someone else discovering a clever way around the rules.

The images, rounded up by Bored Panda, include men wearing skirts to their jobs after their bosses banned shorts, and one woman colouring in her knees so that she could wear her ripped jeans to work.

Here, FEMAIL shares some of the best examples… 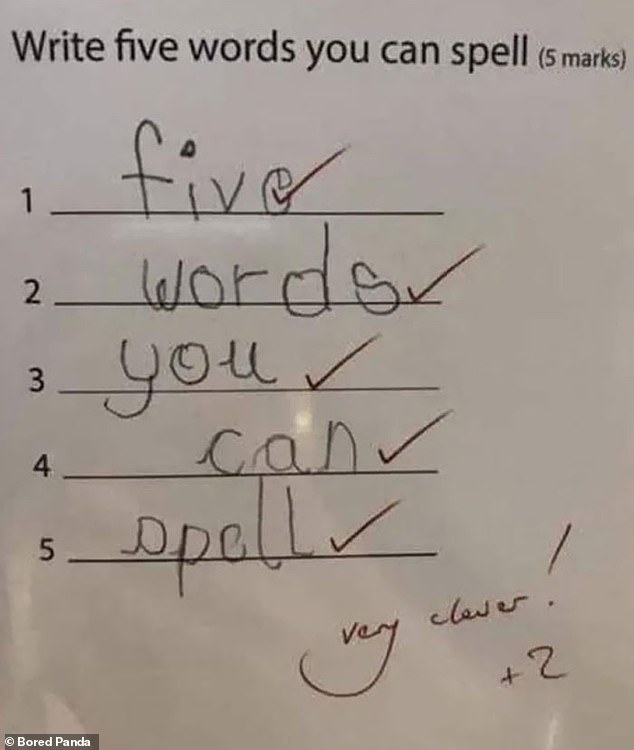 Social media users have shared images of the moments when they successfully beat the system – or witnessed someone else discovering a clever way around the rules (pictured, this child supplied a genius answer and their teacher knew it, awarding an extra  two points) 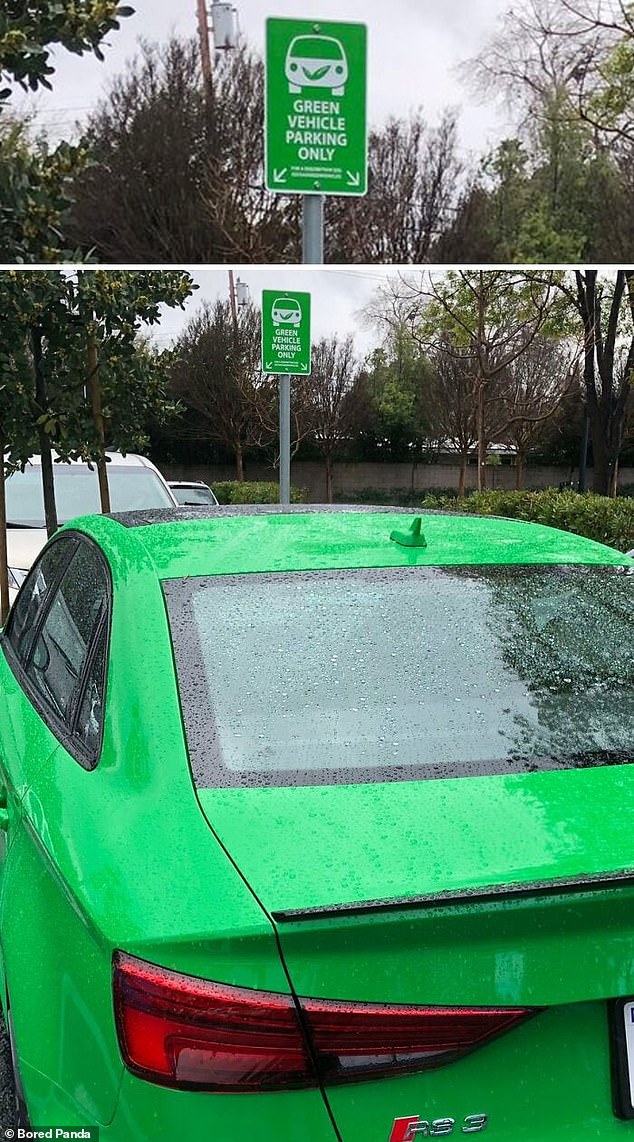 Taking things literally: Did this driver misread or misunderstand the green vehicle parking only, or were they just trying their luck? 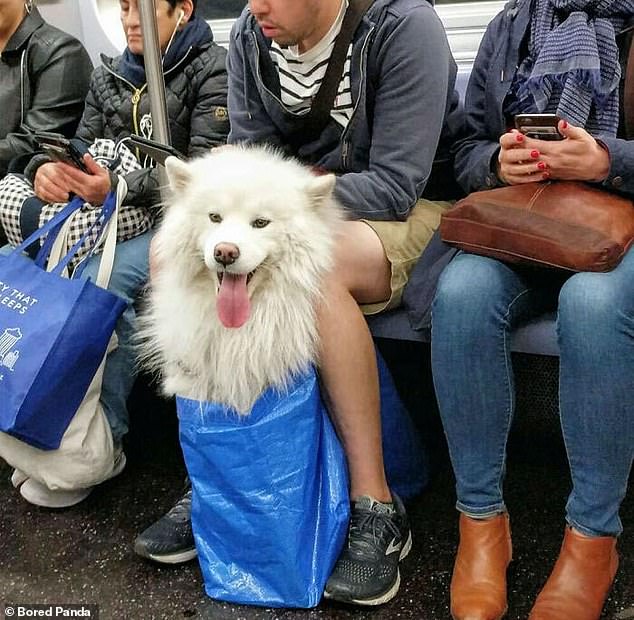 In New York, dogs that can’t fit in a bag aren’t allowed to travel the subway, so this Samoyed’s owner made him fit in an IKEA bag 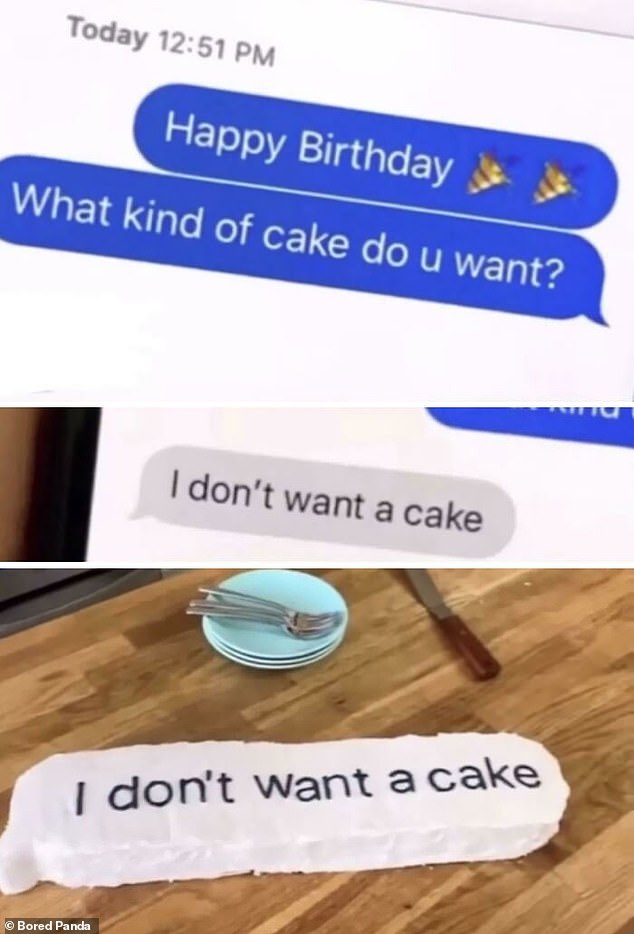 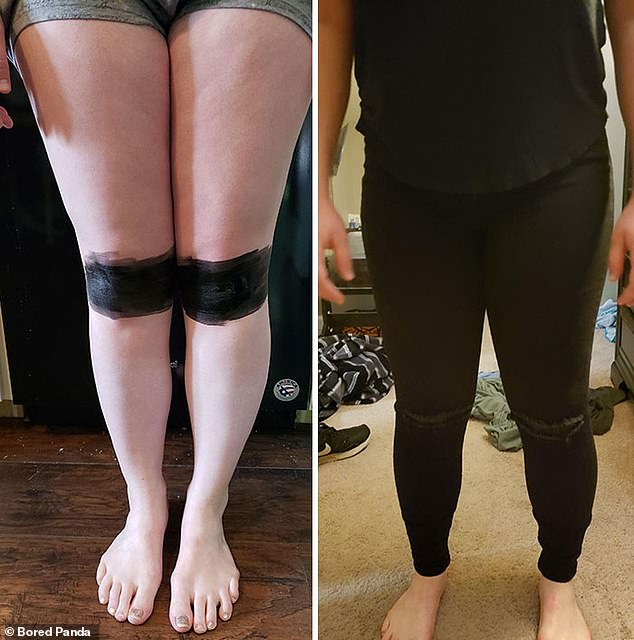 Black ripped jeans not allowed? No problem: Her boss told this woman she couldn’t have her knees on show at work – so she solved the problem by shading in the gap with black pen 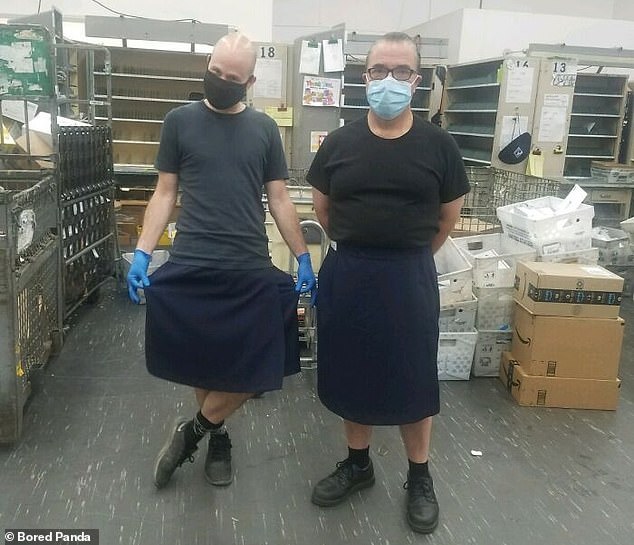 Problem solved: Bosses told these two employees they couldn’t wear shorts to work… but they didn’t say anything anything about skirts 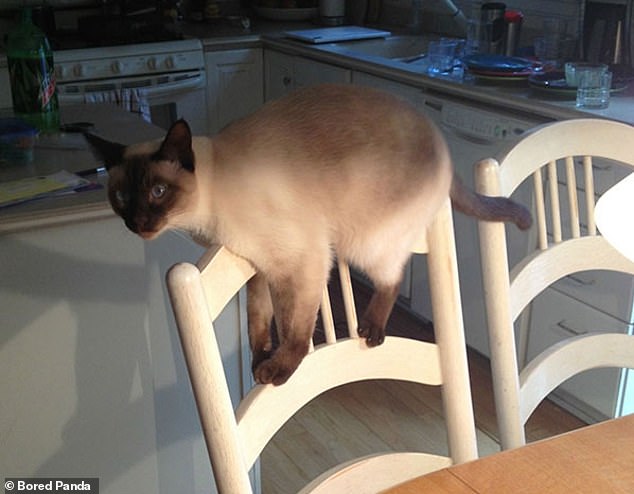 This cat knows that he is not allowed on the table. But no one said he couldn’t sit on top of the chairs… 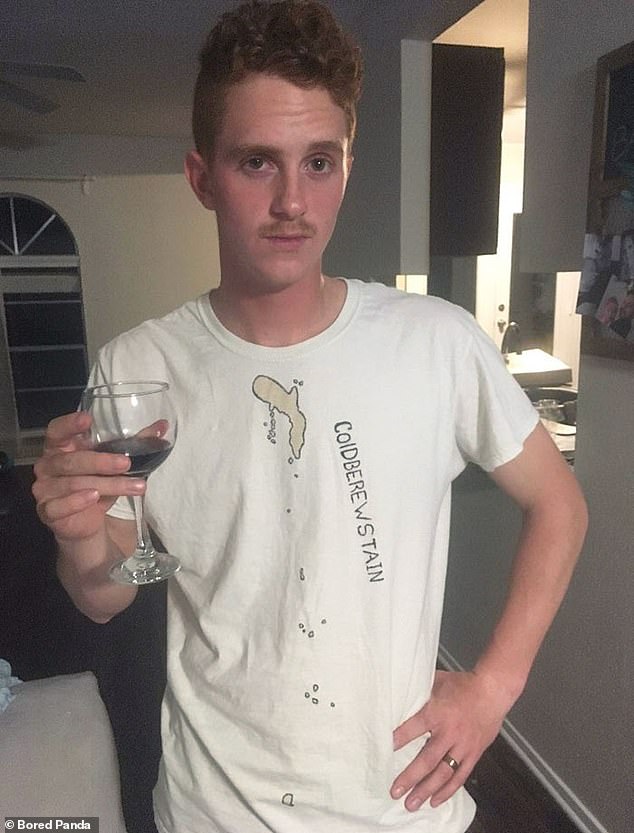 And the stain is gone: This man,  from the US, didn’t remove his stained T-shirt but instead resolved the issue by drawing around it in sharpie and making it look deliberate 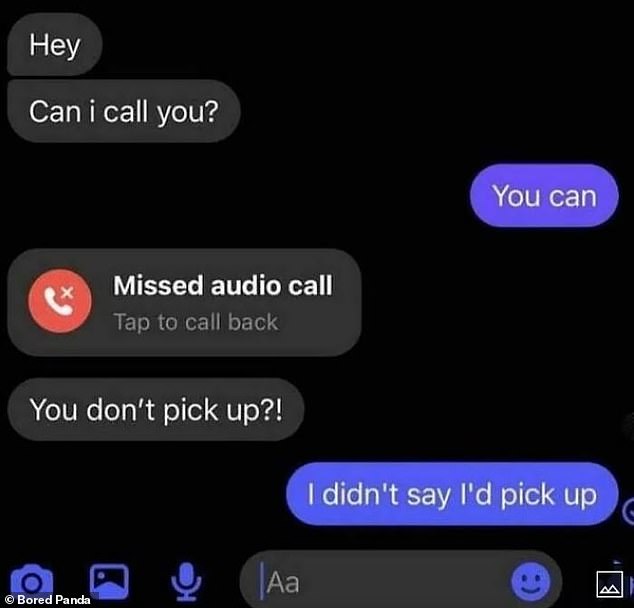 Read between the lines: As this person points out, they said their friend could call them but they didn’t say they would answer 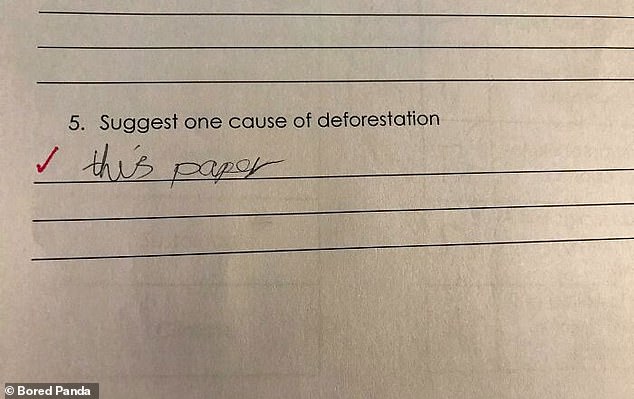 Eco warrior: This child appeared to be both eco-conscious and very clever when supplying this answer 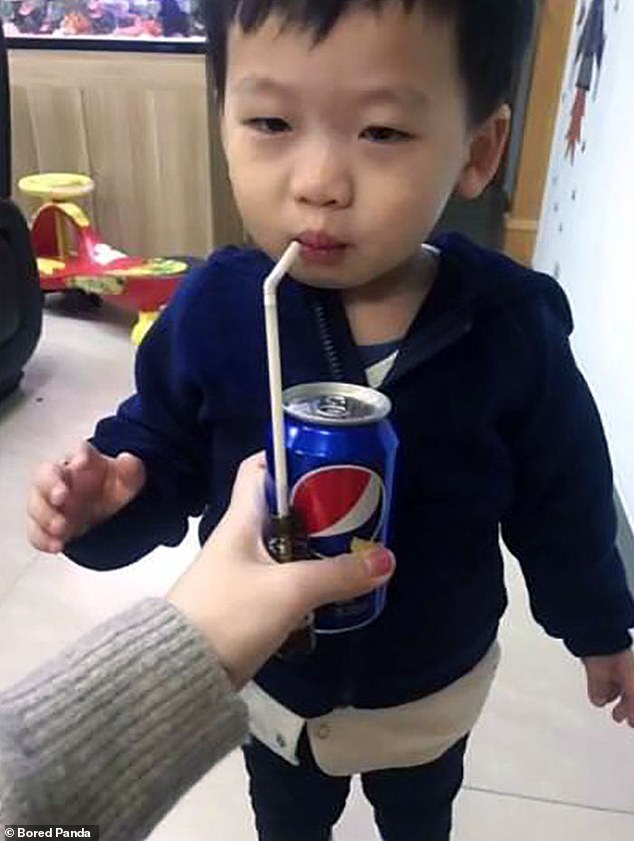 A spoon full of sugar helps the medicine go down! Or at least the placebo effect will since this child has been fooled by his cunning parents 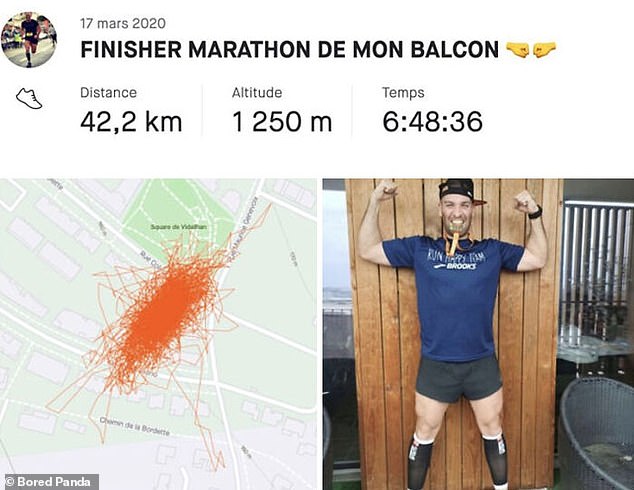 Winner! The Paris marathon was cancelled but it didn’t put this man off as he ran lengths across his balcony until he reached that all important number