Nadia Wheatley's central question when writing a portrait of her parents' failed marriage was how could her spirited mother have married the sadistic man that was her father.

The answer was complicated, uncovering a father who lived a double life – that painful excavation of memory has won Wheatley the Mark and Evette Moran Nib Literary Award, presented for excellence in research in the creation of a literary work. 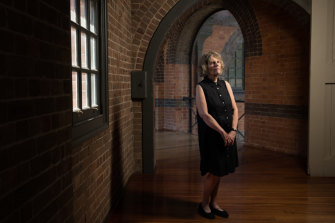 Wheatley's mother, Nina, died of lung cancer when she was nine years old. Her father, an English doctor, was a Walty Mitty character of the worst kind – a gambler, an adulterer who carried on affairs with his female patients and subjected his wife to all sorts of mind games.

He accused Wheatley's mother of hypochondria and questioned her sanity, driving her to the edge of a mental breakdown before she was diagnosed as terminally ill.

Wheatley, who adored her mother and loathed her father, would often gaze at her parent's smiling wedding photo and wonder what had brought them together: "I had never seen them looking happy and loving, they never looked like they did on the day of their wedding day. As I got older that question remained with me." 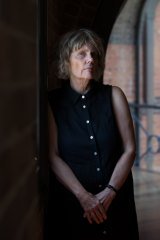 Writing across children's and adult fiction and non-fiction over four decades, Wheatley is best known as the author of the classic Australian picture book, My Place, depicting the history of a block of land in Sydney through the stories of the children who lived there. It was Children's Book Council Book of the Year for Younger Readers in 1988. Her biography of Charmian Clift was published to wide acclaim in 2001.

Her Mother’s Daughter is her most-personal work to date, a memoir 20 years in the making and writing, having its genesis in an unstable childhood during which she would file encounters between her mother and her ''sadistic bully of a father'' almost as ''capitalised titles in my brain as one might name chapters or episodes in a story''.

"I realise now as an adult looking back on the process it was the only way I could keep some sense of control and order in my life," she says. "It was almost as if I felt one day I might be able to find out what those events were about."

Within a year of mother's death in 1958, Wheatley started writing down in the back of old exercise books stories her mother had told her about her own childhood and the years she spent nursing in Greece and Palestine during the war and post-war helping refugees in Germany.

The quest to find the woman Wheatley remembered required four months of self-funded work digging through archives in New York, London, Paris and Germany, acknowledged by the award's $20,000 prize.

The only national literary awards run by a local council, Waverley Council's Nib People’s Choice Prize was awarded to Dr Alice Gorman for her Dr Space Junk vs The Universe: Archaeology and the future. The Nib Military History Prize was awarded to John Devitt and Larry Writer for Cecil Healy: A Biography. As part of their research, the authors travelled to the UK and toured the battlefields of France, where Cecil Healy, an Olympic gold medallist swimmer, died in 1918.