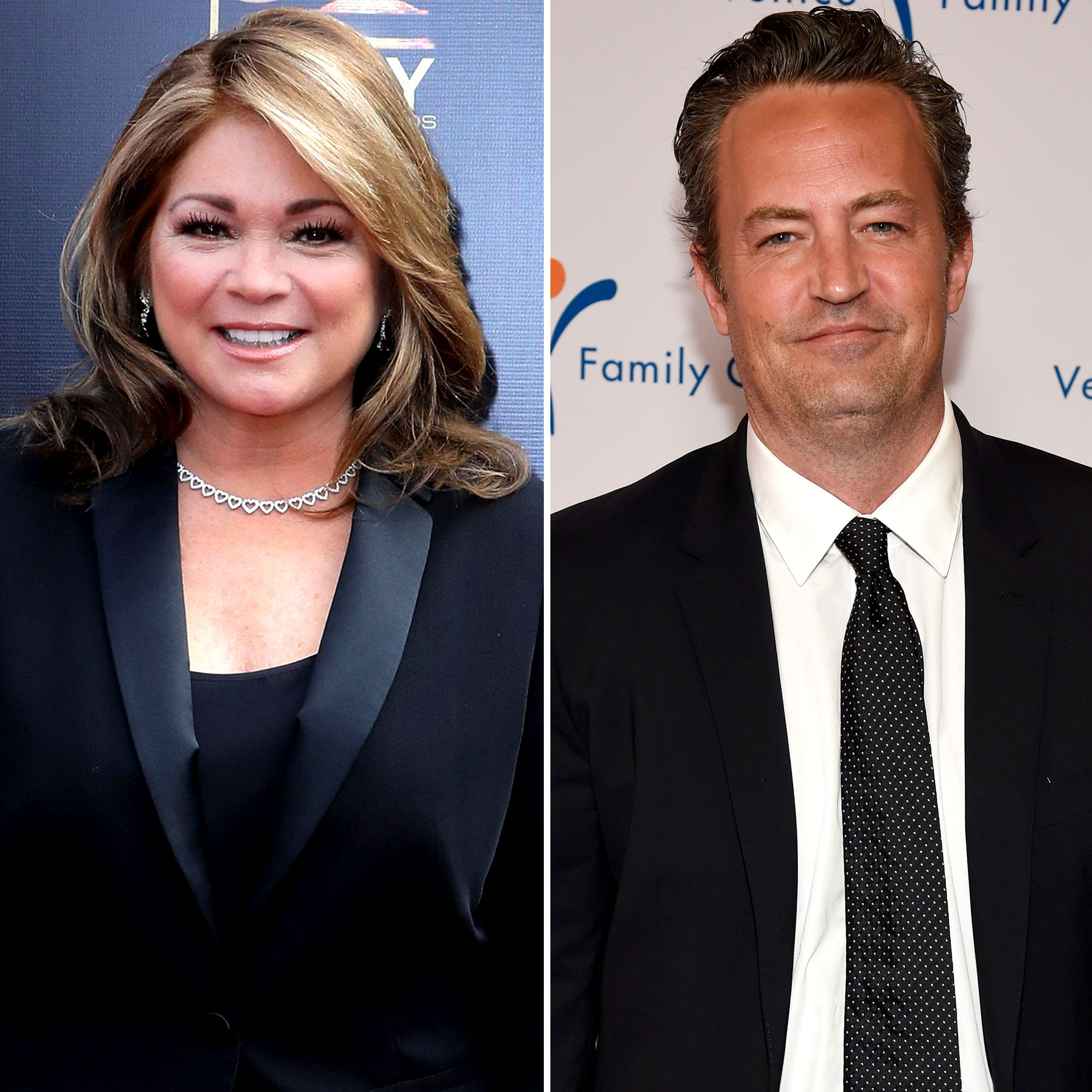 Weighing in? Valerie Bertinelli seemingly broke her silence after Matthew Perry claimed in his memoir that they made out while she was still married to Eddie Van Halen.

Julia! Neve! All of Matthew Perry’s Loves and Flings Over the Years

The actress, 62, took to TikTok on Wednesday, October 26, to share a video of herself cringing and waving to Taylor Swift‘s song “Anti-Hero.”

In response, a fan praised the Emmy winner for having fun amid the news, replying, “That made me giggle… I saw the Matthew story this morning! You left an impression girl!! Good on ya!”

The Hot in Cleveland alum, for her part, replied to the commenter with an embarrassed face emoji.

Swooning on Set! Actors Who Had Crushes on Their Costars

Bertinelli’s social media upload comes after an excerpt from Perry’s upcoming memoir, Friends, Lovers, and the Big Terrible Thing, made headlines. According to a section from the book, the actor, 53, revealed he was “madly in love” with Bertinelli while they costarred on the ’90s sitcom Sydney.

At the time, the Food Network host was still married to Van Halen. “My crush was crushing; not only was she way out of my league, but she was also married to one of the most famous rock stars on the planet,” Perry wrote, claiming that Bertinelli was in a “troubled” marriage.

According to the 17 Again star, the couple shared a “long, elaborate make-out session” after Van Halen passed out in the same room.

Matthew Perry’s Ups and Downs Through the Years

“As the night progressed, it was clear that Eddie had enjoyed the fruits of the vine a little too hard, one more time, and eventually he just passed out, not ten feet away from us, but still,” Perry continued. “This was my chance! If you think I didn’t actually have a chance in hell you’d be wrong, dear reader — Valerie and I had a long, elaborate make-out session. It was happening — maybe she felt the same way I did. I told her I had thought about doing that for a long time, and she had said it right back to me.”

The following day, Bertinelli “made no mention” of the alleged encounter. “I quickly got the hint and also played the role I was supposed to, but inside I was devastated,” Perry admitted in his memoir.

After their short-lived sitcom was canceled in 1990, Bertinelli and Perry went their separate ways. The One Day at a Time star was married to Van Halen until 2007. (The rock star passed away in October 2020 at age 65 after a battle with throat cancer.)

Friends, Lovers and the Big Terrible Thing is available on November 1.