New home sales fell by 13.5 per cent in Western Australia last month, highlighting the impact of blowouts in the cost and time to build as well as recent interest rate rises.

Housing Industry Association executive director Michael McGowan said the results of the monthly survey of the largest volume of home builders was consistent with reports in recent months of a reduction in the number of people visiting display sites since the first cash rate increase in May. 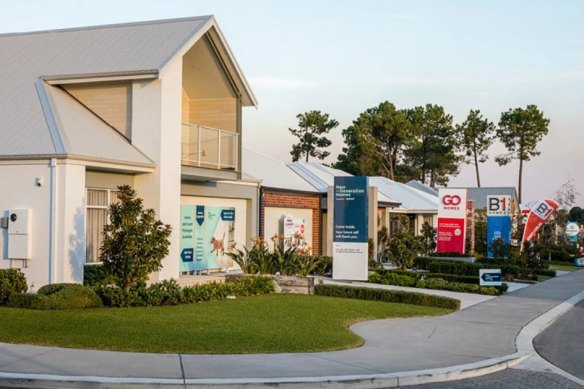 HIA members have reported a decline in the number of people visiting display sites around Perth.

But while the report showed a national slowdown in sales activity, McGowan said WA was faring better than most other states; in July alone WA sales were up 8.2 per cent on the same month in 2019.

“We expect the impact of rate increases will continue to flow through the market for at least the next few months and compound the impact of increased building costs due to the constraints on material supply and local shortages of land and labour,” he said.

“This slowdown will, however, bring activity back down to more normalised levels, consistent with the post-mining recovery we had started to see before the pandemic.”

McGowan said the volume of homes under construction was still significant in WA, with almost 20,000 detached homes in the pipeline – almost three times greater than the pre-pandemic volume.

“There is so much uncertainty facing new home buyers,” he said.

“In March and April when some building companies started going insolvent I started seeing more buyers looking to purchase established homes because they no longer wanted to build.

“Buyers are being told by builders that it could take two years to hand the keys over and some are not able to even give a date because of the delays in accessing trades and materials.”

Dhingra said homes in the Ellenbrook region were popular with first home buyers with a budget of around $400,000 to $500,000.

Australian Constructors Association chief executive Jon Davies told Gareth Parker on 6PR Breakfast that more construction companies might be heading towards insolvency because of a cash flow crisis and global material price increases across the board.

“Construction is not in the game of banking, it’s in the game of building things, and we need to change our approach there … but also the risks we ask contractors to take,” he said.

“Some of these projects can take three, sometimes four years, and yet we’re asking contractors to get out their crystal ball and to lock in a fixed price that takes into account all eventualities, which is just not fair and not reasonable.”

Davies said WA would struggle to attract the skilled migrants needed in the construction sector.

“The shine on Australia as a destination has really come off with bushfires, flooding, high cost of living and COVID lockdowns,” he said.

Most Viewed in Property