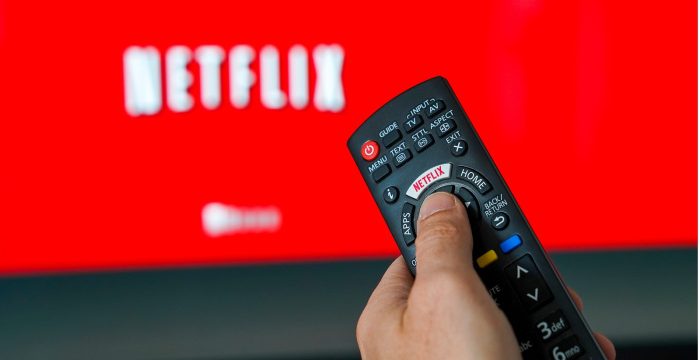 For years, Netflix has ranked as the biggest application in terms of bandwidth consumption on internet networks, particularly during peak-period hours.

But now Netflix has dropped to second place globally behind web-based media streaming apps, as video consumption overall continues to climb, according to the 2019 Global Internet Phenomena Report from Sandvine, a vendor of bandwidth-management systems.

For the first half of 2019, HTTP media streaming represented 12.8% of downstream internet traffic worldwide. Netflix accounted for 12.6% of total downstream volume of traffic across the entire internet, per the report.

“This year, the aggregate volume of the long tail is actually greater than the largest of the short-tail providers,” Sandvine said in the report.

In the Americas, Netflix’s share of downstream traffic for the first six months of 2019 was 12.9% — dropping from last year’s 19.1% share — putting it in third place behind HTTP media streaming and operator-delivered video. That reflects the growing consumption of other streaming options, both paid and free, with the biggest growth coming from operators’ own internet-delivered TV and video services (which accounted for 15% of downstream traffic in the region), per Sandvine.

Note that Netflix’s decline in share of bandwidth consumption doesn’t suggest people are streaming less video from the company. Sandvine doesn’t report actual bandwidth usage; rather, its studies compare relative share of traffic delivered over internet networks. Moreover, as Sandvine pointed out, Netflix is “generally the most efficient video-streaming service on the market,” meaning it typically eats up less bandwidth per stream than others.

According to Sandvine, U.S. internet pay-TV services aimed at cord-cutters — including AT&T’s DirecTV Now, Sony’s PlayStation Vue, Hulu With Live TV, and YouTube TV — are “still a drop in the bucket” compared with bandwidth consumed by other streaming services.

All told, video was 60.6% of total downstream volume of traffic on the internet, up 2.9 percentage points from 2018, per Sandvine’s latest report. Web traffic was the next biggest category, with 13.1% share of downstream bits consumed globally (down 3.8 points year over year) followed by gaming at 8.0%, social media at 6.1% and file sharing at 4.2%.

Other findings from the report:

Sandvine says the Q3 2019 Global Internet Phenomena Report is based on a statistically representative sample of usage data from the first six months of 2019 compiled from the vendor’s 160 internet service provider customers. The report does not include significant data from China or India, according to the company.